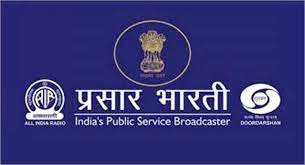 In a move towards self-sustainability and digitization, public broadcasting body Prasar Bharati has decided to allow traditional channels and over the top streaming platforms to purchase archival content that dates back to the pre-Independence era.

The content that will be up for e-auction will include footage of the Constituent Assembly debates, or even news recordings of several of India’s key milestones.

“The policy will ensure that archival and premium content of Prasar Bharati is syndicated to third parties through an open and transparent mechanism of e-auction in order to fetch the maximum market value of content on demand basis,” Prasar Bharati said in a notification dated October 8.

“Prasar Bharati, the Public Service Broadcaster in its mandate has played a key role in modern times for preservation and promotion of Indian culture, history and values. This has been the key factor in content creation since inception. Prasar Bharati has accumulated very rich and heritage content in its centralized repository at Archives as well as a number of Stations, Kendras located in all corners of nation. News division of AIR & DD too have illustrious recording of many important milestones of development of India,” it added. “The TV channels as well as the new channels on OTT are continuously looking for good saleable content. This has created a demand for programme content of Prasar Bharati in India and overseas for the purpose of broadcast as well as streaming on Digital Platforms.”

According to Prasar Bharati CEO Shashi Shekhar Vempati, both Doordarshan and AIR have accumulated a lot of iconic content, which has been created over decades. “It has been lying idle on tapes and as the technology evolved, the world has moved to the digital sphere. One of the first steps taken by the broadcaster was to digitise this content. This includes many pre-Independence era events, the Constituent Assembly debates and parliamentary debates.”

Vempati added that the broadcasting agency received several requests from various OTT platforms and news media channel to access this content. “What was lacking was that there was no enabling framework, so a policy was required by virtue of which content can be syndicated or monetized,” he said.

Vempati said that the decision was taken keeping in mind the recommendations of the Sam Pitroda Committee, set up to look into the working of Prasar Bharti, and the Ernst and Young audit, which looked into making the organisation self- sustaining. “This way the content will have a global reach,” he said.