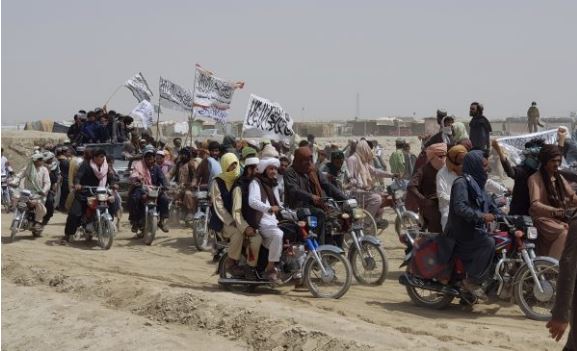 The dramatic spike in violence in the run-up to the final withdrawal of U.S. and coalition forces from Afghanistan has set afire speculations concerning the future of Afghanistan should the Taliban return to power and its implications for the region. A disturbing trend that runs through much of the commentary is the casual linkage made between the Taliban, Pashtun nationalism, and religious fanaticism.

Such discourse represents a gross falsification of the lived Afghan sociopolitical realities at worst, and an inability to grasp the same at best. It contributes little to furthering our understanding of the complex sociopolitical matrix of Afghanistan. Undeniably the Taliban’s core leadership is made of Pashtuns; however, to translate that into the Taliban by default representing Pashtun social, cultural, and political ethos is empirically flawed.

First, the Pashtun way of life has traditionally been governed by a secular tribal code, Pashtunwali, which predates Islam and in which the mullah has enjoyed little authority. The code is implemented through another tribal institution, the jirga, a council, which arrives at decisions by consensus and has no head, underscoring the egalitarian nature of Pashtun society. The Taliban have displayed deep antipathy to both of these institutions, which are seminal to the Pashtun way of life. The Taliban have systematically sought to target jirgas and eliminate tribal leadership, supplanting them with mullahs trained in Pakistani seminaries and who have privileged a myopic, Wahabi interpretation of Shariah. Consider, for instance, the fact that soon after their emergence in 1994, the Taliban declared the jirga system to be un-Islamic. Several village elders faced death, paying with their lives for defying the ban on practicing jirgas and living the Pashtunwali code.

Second, the Taliban’s attitudes toward women are antithetical to the basic norms of Pashtunwali. Naamus (women’s respect) and Nang (defense of the vulnerable) are two important pillars of the code with respect to women. The flogging of women by strange men in public is disturbing within Pashtun societies as it would be considered dishonoring to the family and villagers and trigger powerful norms of revenge. It is important to acknowledge that the Pashtunwali code does have a strong patriarchal dimension to it. But with much of the literature dwelling on the concept of badal (revenge), the practice of forgiveness among Pashtuns, which is stronger and more commonly practiced, is overlooked

The Taliban’s distance from the Pashtun way of life is unsurprising given that a large majority are the product of madrassas in Pakistan and have never lived in villages of Afghanistan. The Taliban’s puritanical attitudes reflect their imagination of what village life ought to be, rather than knowledge of what village life actually is. The Taliban do not represent the Pashtun way of life and much of their strength owes to succor received from across the Durand line. Thus, it is not surprising the earliest resistance to the Taliban came from the Pashtun heartland, by figures such as Abdul Haq.

The imposition of the Durand Line by the British in 1893 split the Pashtun tribes and remains a festering sore for the region. But it was not until the Soviet invasion of Afghanistan in 1979 that the Pashtuns found themselves in the thick of the Cold War. The Pashtun belt in Pakistan, with assistance from the West, was transformed into an early laboratory for radical, political Islam. It was awash with millions of dollars worth of small arms and munitions and dotted with Wahabi madrassas that would transform the region’s social, cultural, and political landscape profoundly. Particularly telling in this context is Pakistan’s support to a radical Islamist constituency among the Pashtuns, such as Gulbuddin Hekmatyar in the 1980s and early ‘90s and subsequently the Taliban while systematically marginalizing Pashtun nationalist groups such as the Afghan Mellat and figures like Sibgatullah Mojaddedi, who had links to the Afghan royal family. This strategy mirrored Pakistan’s uneasy relationship with its own Pashtun ethnic minority, accentuated by Afghan support for the cause of a greater Pashtunistan. This historical pattern further helps in comprehending the Pakistani state’s response to the deft political challenge mounted in contemporary times by the non-violent Pashtun Tahafuz Movement (PTM) which has vociferously opposed the state’s support to the Taliban and their militias. The establishment in Pakistan has responded by declaring the PTM a terrorist organization and its members have been jailed, tortured, and killed.

Remarkably, this stands in contrast to the free rein given to the Taliban, which functions openly in Quetta and Waziristan, often brutalizing Pashtuns who oppose their presence and politics. Islamabad hopes to install a puppet regime in Kabul by orchestrating the Taliban’s political and military dominance and countering both its internal and external threats. Thus, while Pashtuns have been most adversely impacted by the ascent of the Taliban, we see a Taliban stranglehold over Pashtun-populated provinces in Afghanistan. To understand the Taliban’s strong presence in the Pashtun heartland, history and context are critical. Historically, the east, south, and southeastern regions of Afghanistan never enjoyed the full presence of any central government, resulting in poor infrastructure, education, and health facilities. A majority of the people in those regions are illiterate, unemployed, and poor. This, coupled with the fraying of the socio-cultural fabric due to the onslaught of four decades of incessant conflict, have rendered the population more vulnerable to Taliban pressure and recruitment.

For instance, first-hand information obtained by the author from the village of Sarowza, Paktika paints a graphic picture of villagers being forced to provide food and shelter to the Taliban at the barrel of a gun. Some young men from the village have paid with their lives for supporting the Afghan National Army and the government on social media. Clearly, coercion and military balance in the regions abutting Pakistan have helped buttress the Taliban’s position. In fact, it would be fair to argue that Pashtuns on both sides of the Durand Line have been at the receiving end of some of the most grotesque and intense violence by the Taliban and their auxiliaries. The Taliban are, in essence, an externally funded “anti-Pashtun” project meant to puncture Pashtun nationalism and fan divides in Afghanistan.ADVERTISEMENT

The war in Afghanistan has a strong external dimension to it, with Afghans paying a high human and material cost. The Taliban represent, among other things, a ploy to exacerbate sociopolitical cleavages in Afghanistan along ethnic and sectarian lines to further interests of external players. The need of the hour for the Afghan political class and civil society is to deftly rise to the challenge at hand by unambiguously defending the values of the Islamic Republic of Afghanistan, however imperfect it is, and restoring faith in its ability to deliver an inclusive and equitable sociopolitical future for all Afghans.