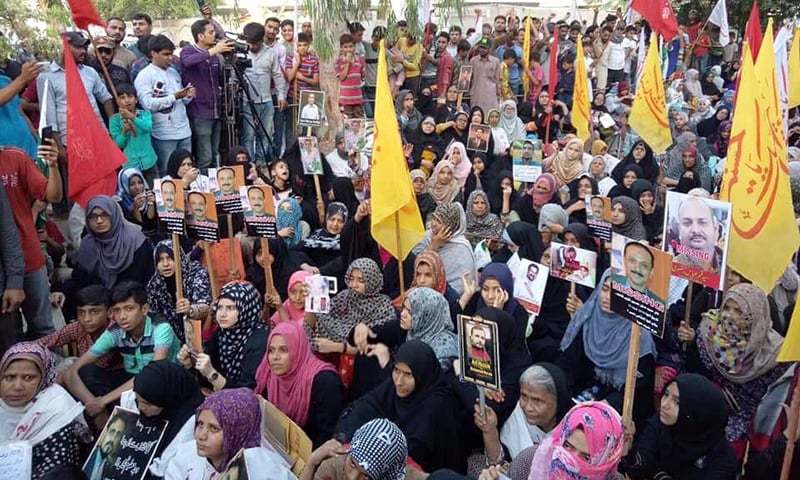 According to reports, at the direction of the Sindh government, talks were held between the Sindh police and the families of the Baloch missing persons, where the senior police officials assured that the missing persons from Karachi would be recovered soon.

Karachi, led by its organizer Amna Baloch, along with the families of the missing persons from Karachi,

On this occasion, the organiser of Baloch Soloidarity Committee Karachi, Amna Baloch briefed SSP South Asad Raza on the details of missing persons in Karachi. The SSP assured that the missing persons would be traced by contacting other concerned government agencies.

Police officials told the delegation that the second round of talks would continue in a day or two. It will be chaired by Sindh Minister Mir Shabir Bijarani.

During the talks, Amna Baloch said that these families are not protesting for fun but for the recovery of their loved ones which is their constitutional and legal right. She told police officials that innocent Baloch people are being picked up and forcibly disappeared. If the government does not listen, the families will ask for an answer to the question in the form of protest, which is their constitutional right.

Amna Baloch demanded from the authorities to respect the democratic struggle and ensure the recovery of missing persons in Sindh within the ambit of law and order and not to use force to suppress their democratic and legal movement.

It may be recalled that the families of the missing persons have been protesting for the event consecutive day outside the Karachi Press Club.