Protest held in Amsterdam against enforced disappearances in Balochistan 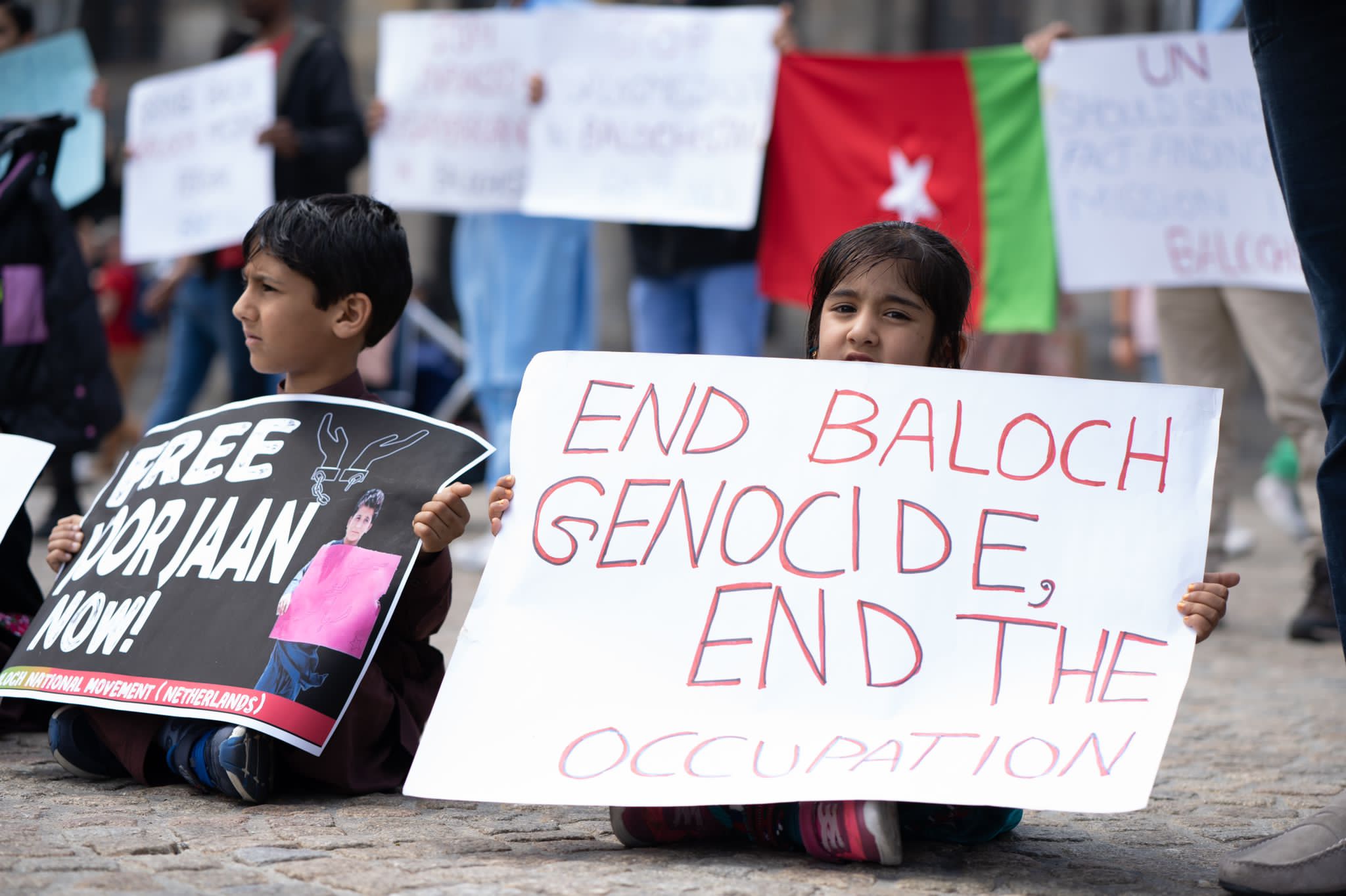 A demonstration was organized by the Baloch National Movement (BNM) in Amsterdam against the enforced disappearances of women in Pakistan’s Balochistan.

A large number of people took part in the demonstration that highlighted the enforced disappearance of Baloch women and the persistent human rights violation in Balochistan. They held banners, posters, and placards, chanted slogans, and distributed pamphlets during the protest.

Keyya Baloch, the former President of BNM Netherlands, addressing the participants said, “It was the first time that Pakistani forces have abducted a Baloch woman, before thousands of Baloch women as victims of forced disappearance in Panjgur, Mashkay and Awaran. In Dera Bugti, and Marri many women have been disappeared by Pakistani forces.”

She further said, “If Pakistan believes that after abducting Baloch women and exerting pressure to make their men surrender and withdraw from the national liberation, then it is their misunderstanding.”

Jamal Baloch, a member of the Baloch National Movement said: “We appeal to the international community to play its role in the recovery of Noor Jahan and against the enforced disappearances in Baloch.”

Earlier, leaders of the Voice for Baloch Missing Persons, have staged protests saying that the government agencies had first forcefully arrested the youths and then made them disappear without a trace and after some time their tortured and mutilated bodies were found far from their homes.