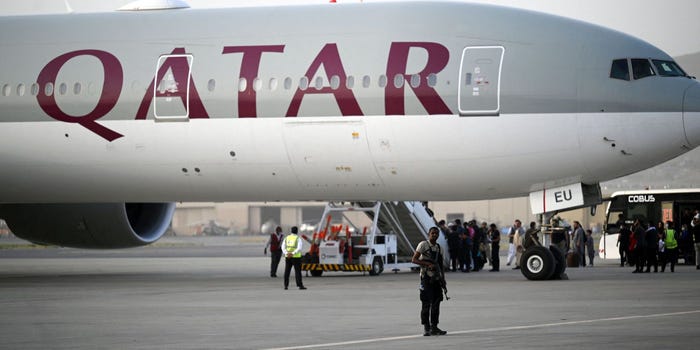 The governments of Afghanistan and Qatar have reached an agreement to begin direct flights between Kabul and Doha, officials said.

Based on a mutual agreement, the Taliban’s Ministry of Transportation and Civil Aviation said that “Afghan and Qatari airlines will be conducting flights to Doha-Kabul each week”, reports TOLO News.

“The Islamic Emirate and Qatar made an agreement to start flights between Kabul-Doha. The Afghan airlines will conduct flights to Doha, and Qatari airlines will fly to Kabul,” Ministry spokesman Imamuddin Ahmadi said on Wednesday.

According to experts, the start of flights between Kabul and Doha will boost Afghanistan’s aviation industry.

“The start of flights from Qatar to Afghanistan and from Afghanistan to Qatar is a major step for Afghanistan aviation,” Sayed Masoud, an economist, told TOLO News.

Mohammad Qassim Wafayizada, the former head of the Afghanistan Civil Aviation Authority (ACAA), said that the flights would help reduce the price of tickets and improve the aviation serviced in the country.“It can be helpful as Afghanistan relies on its two main transit hubs like Turkey and the UAE for flights. Qatar Airways is a famous airline which is permitted to fly to 173 destinies,” he added.