Quad alliance: A matter of concern for China? 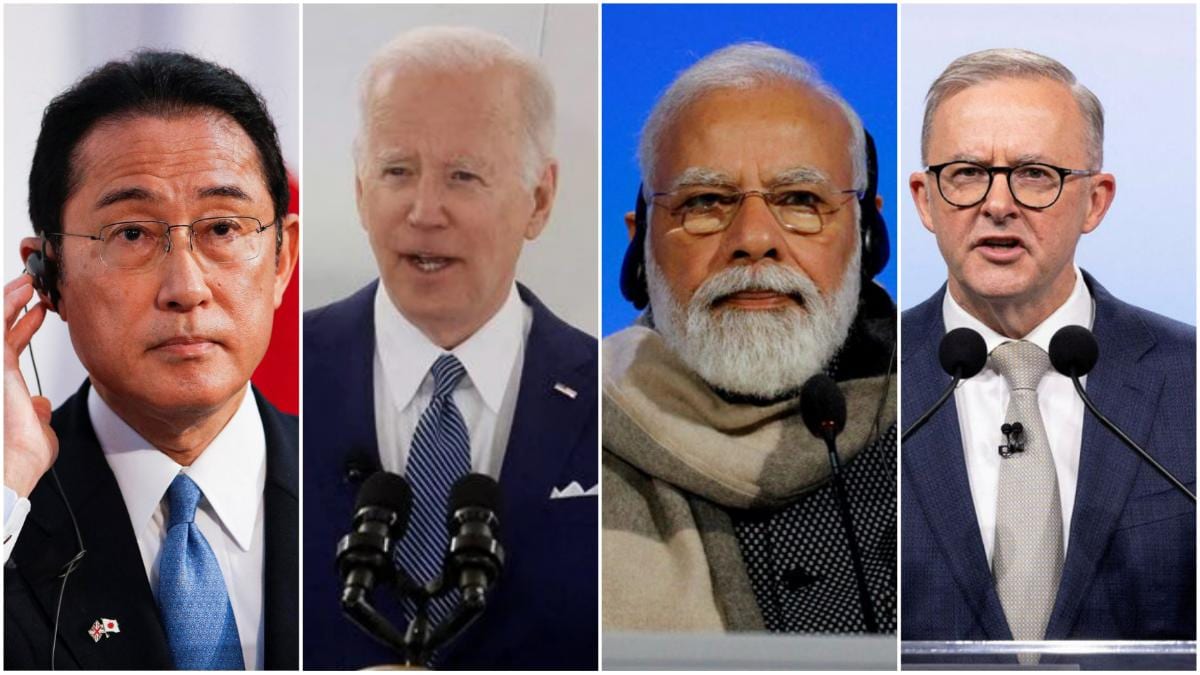 The leaders of India, the United States, Japan and Australia are all set to meet in Tokyo on Tuesday, May 24. The Quad summit is said to be one of the region’s most important foreign policy summits of the year.

The latest meeting of the Quad members comes as Beijing gains a foothold in the Pacific region with its Solomon Islands security pact.

With an aim to maintain a free and open Indo-Pacific, the Quad members will have discussions on economic and security interests that span the Pacific and Indian Oceans. The Quad countries are expected to launch a satellite-based maritime initiative aimed at curbing illegal fishing in the Indo-Pacific region.

The system will allow the Quad countries to monitor illegal fishing even when fishing boats have turned off the transponders. The launch is aimed at stopping China from its alleged illegal fishing. The country is allegedly responsible for 95 per cent of the illegal fishing in the Indo-Pacific.

PM Modi will hold bilateral talks with US President Biden on the sidelines of the summit. Both leaders are expected to review the India-US Strategic Partnership.

Amid the Russia-Ukraine war and tussle between Russia and the West, the United States is planning to engage with India to deepen security ties with and reduce its dependence on Moscow’s weaponry.

The US had earlier put pressure on India to slam Russia over the Ukraine invasion, but the Indian government has stood firm on its stance to press for dialogues between the two nations to resolve the crisis. The growing partnership between India and Russia still remains one of the major concerns for the US.

In order to woo India, the US is preparing a military aid package. It would include foreign military financing of USD 500 million. This would make India one of the largest recipients of such aid, behind Israel and Egypt.

With the military aid package, the US wants to make India a reliable partner.

The Quadrilateral Security Dialogue colloquially known as the Quad is an informal strategic dialogue between the four nations, the US, India, Japan, and Australia. These specific nations came along to find a common ground in being democratic nations and their interest of maritime cooperation through trade and security.

THE QUAD AND CHINA

China criticised the Quad as it sees it as a mechanism to contain its global rise. The country has accused the group of being dedicated to undermining its interests. China has termed the ‘Quad alliance’ as a tool to stop it from rising. The Quad was formed in 2007 but gained new grip following 2020 border clashes between India and China in the Galwan Valley.

Beijing is concerned that India could create significant problems for China if it joins hands with other powers. China is also concerned about the fact that South Korea is also planning to join the Quad. Apart from this, other countries have started seeing the Quad as an important medium to counter China.