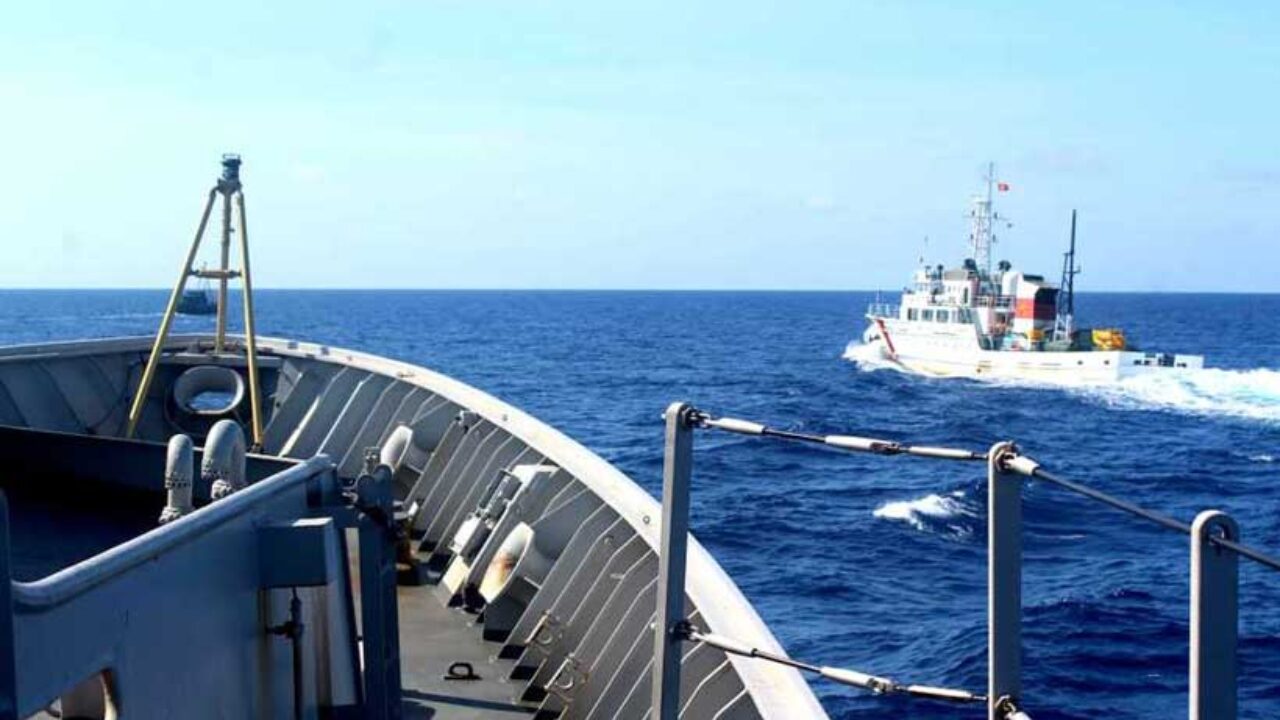 Pledging to provide “tangible benefits” for nations in the Indo-Pacific region, the leaders of the Quad have launched a maritime surveillance plan that analysts say is their most significant move to date to counter China.

The Quad – an informal alliance made up of Japan, the United States, India and Australia – said on Tuesday that the Indo-Pacific Partnership for Maritime Domain Awareness (IPMDA) will help the Pacific Islands and countries in Southeast Asia and the Indian Ocean track illegal fishing and other illicit activities in their waters in real-time. And although the Quad did not mention China by name, analysts say the initiative is aimed at addressing long-held complaints from countries in the region about unauthorised fishing by Chinese boats in their exclusive economic zones as well as encroachment by Chinese maritime militia vessels in the disputed waters of the South China Sea.

The Quad did not provide details of the initiative, but an unnamed US official told Britain’s Financial Times newspaper that the group plans to fund commercial satellite-tracking services to provide maritime intelligence to the Indo-Pacific nations free of charge.

By monitoring radio frequencies and radar signals, the initiative will also help countries track boats even when they try to avoid detection by turning off their transponders, known as Automatic Information Systems (AIS). This intelligence will then be shared across an existing network of regional surveillance centres based in India, Singapore, Vanuatu and the Solomon Islands.

Greg Poling, fellow for Southeast Asia at the US-based Center for Strategic and International Studies, described the IPMDA as “ambitious” and said it “could be enormously helpful” to developing states across the Indian Ocean, Southeast Asia and the Pacific Islands, many of whom lack the resources to surveil their waters.

“This effort could seriously lower the cost and increase the capabilities of monitoring illegal fishing and Chinese maritime militia behaviour,” he said.

With an estimated 3,000 vessels, China’s distant water fleet is by far the world’s largest.

Heavily subsidised by the Chinese government, the fleet is ranked the worst on the Global Illegal Fishing Index, which tracks illegal, unauthorised and unregulated fishing worldwide.

Chinese vessels have been accused of fishing without licences at least 237 times between 2015 and 2019, according to the Environmental Justice Foundation, a campaign group, while several Chinese boats have been detained for illegal fishing or encroachment in Vanuatu, Palau, Malaysia and South Korea in recent years.

Hundreds of Chinese vessels have also been discovered fishing for squid, with their transponders turned off, in North Korean waters.

In addition to illegal fishing, campaigners also say the Chinese fleet targets endangered and protected marine life across the world’s oceans, including sharks, seals and dolphins.

Beijing dismisses allegations of illegal fishing, saying it “strictly complies” with international regulations. It says it has also tightened monitoring of its distant water fleet and imposed voluntary fishing moratoriums to conserve resources, including in North Korean waters and the northern Indian Ocean.

Regional concern over China’s maritime behaviour does not end with illegal fishing, however.

Experts also say China uses its fishing vessels as a paramilitary fleet in the resource-rich South China Sea. Beijing lays claim to nearly the entirety of the waterway, and the fishing vessels have played a key role in seizing disputed territories, including the Paracel Islands from Vietnam in 1974, and the Mischief Reef and Scarborough Shoal from the Philippines in 1995 and 2012.

In May of last year, Manila again raised the alarm over what it called “incessant deployment, prolonged presence and illegal activities of Chinese maritime assets and fishing vessels” in the vicinity of Thitu Island, also known as Pag-asa Islands. It said it spotted some 287 boats mooring in the area.

Beijing said there was “no Chinese maritime militia as alleged” and that the fishing vessels were simply sheltering from bad weather. But the US said the boats had been loitering in the area for many months in increasing numbers, regardless of the weather, while critics of Beijing said they feared the ploy could be part of its grand design to advance bit by bit in the disputed waters.

China’s maritime behaviour is a “concern not just for the Quad, but also for countries in Southeast Asia,” said Ramon Pacheco Pardo, professor of international relations at King’s College London. “So, I expect many countries are going to join [the IPMDA].”

“In my view, this is the first explicitly anti-China step the Quad has taken, because it’s clearly targeting China,” Pardo said, noting that the Quad’s biggest initiative so far has had to do with delivering COVID-19 vaccines.

“But we’ll have to see how effective it is,” he added.

In Beijing, news of the Quad’s latest move drew scorn and concern.

Wang Wenbin, a spokesperson for the Chinese foreign ministry, told reporters that China “actively fulfils its obligations to relevant international law” and said “building small cliques and stoking bloc confrontation is the real threat to a peaceful, stable and cooperative maritime order”.

“It seems like a joke that the first substantive security action of Quad is aimed at Chinese fishing boats,” wrote Hu Bo, director of the South China Sea Strategic Situation Probing Initiative. The IPMDA was only aimed at stigmatising China, he said, and depriving it of the right to peaceful uses of the sea.

“The move toward Chinese fishing vessels is likely to be just an ‘appetizer’, Chinese government and Coast Guard vessels, as well as warships, will also become the next targets under the surveillance. This is feasible for the Quad’s broader surveillance system,” he added.