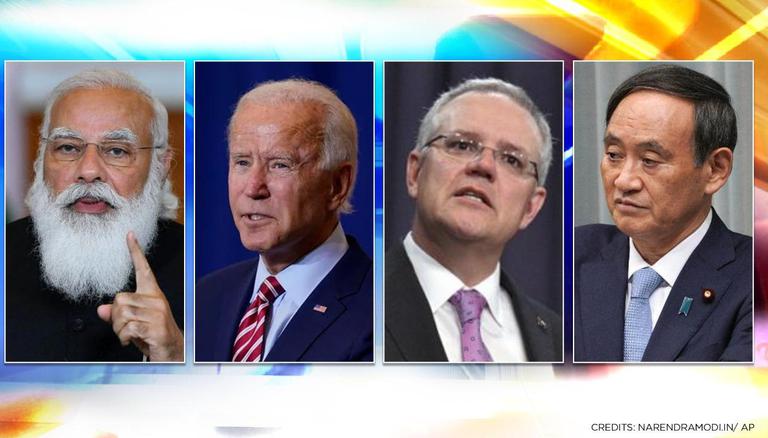 Keeping an eye on growing Chinese influence in the Indo-Pacific, the leaders of the QUAD nations–India, the United States, Australia and Japan–have committed to keeping the strategic region ‘free and open’, further cementing ties with each other.

The joint statement released after the first-ever in-person Quadrilateral Security Dialogue also known as QUAD summit in Washington DC had not so veiled references to China throughout. The QUAD repeatedly called for a ‘free open, rules-based order, rooted in international law and undaunted by coercion, to bolster security and prosperity in the Indo-Pacific’.

The statement recognised that in the past six months, apart from the growing Covid challenge, the issue of regional security has also become more complicated as the QUAD nations spar more with China on a host of issues.

“Regional security has become ever-more complex, testing all of our countries individually and together. Our cooperation, however, remains unflinching,” a statement said.

We stand for the rule of law, freedom of navigation and overflight, peaceful resolution of disputes, democratic values, and territorial integrity of states,” the statement said.

Calling for sustainable infrastructure development in the region, the nations have also launched a new Quad infrastructure partnership. The grouping has committed to meet regularly to coordinate regional needs and opportunities and map the region’s infrastructure needs. This will also involve roping in regional partners, supported through technical assistance.

The QUAD has denounced the use of terrorist proxies in Afghanistan and emphasised the importance of denying any logistical, financial or military support to terrorist groups which could be used to launch or plan terror attacks, including cross-border attacks.

“We reaffirm that Afghan territory should not be used to threaten or attack any country or to shelter or train terrorists, or to plan or to finance terrorist acts, and reiterate the importance of combating terrorism in Afghanistan,” the statement said.

The Quad Vaccine Partnership’s financing of increased manufacturing capacity at Biological E is set to start additional production in India later this year. However, the statement said this expanded manufacturing will be exported to the Indo-Pacific and the world, recognising the continuing global supply gap.

Biological E’s production, including through QUAD investments, is set to reach at least one billion doses by the end of 2022, according to the statement.

In addition to doses financed through the global COVAX initiative, Australia, India, Japan, and the US have pledged to donate more than 1.2 billion doses globally of safe and effective COVID-19 vaccines, the statement said. In a measure that is set to match China’s vaccine diplomacy, to date, the QUAD has delivered nearly 79 million doses to countries in the Indo-Pacific as part of those commitments.

The QUAD is also set to ramp up efforts to procure proven safe, effective and quality-assured COVID-19 vaccines for other low- and middle-income countries.

QUAD countries will work together to keep the Paris-aligned temperature limits within reach and will pursue efforts to limit it to 1.5 degrees centigrade above pre-industrial levels. To this end, the grouping intends to update or communicate ambitious Nationally Determined Contributions, or how much each nation is set to reduce their emissions at the COP26 summit in November.