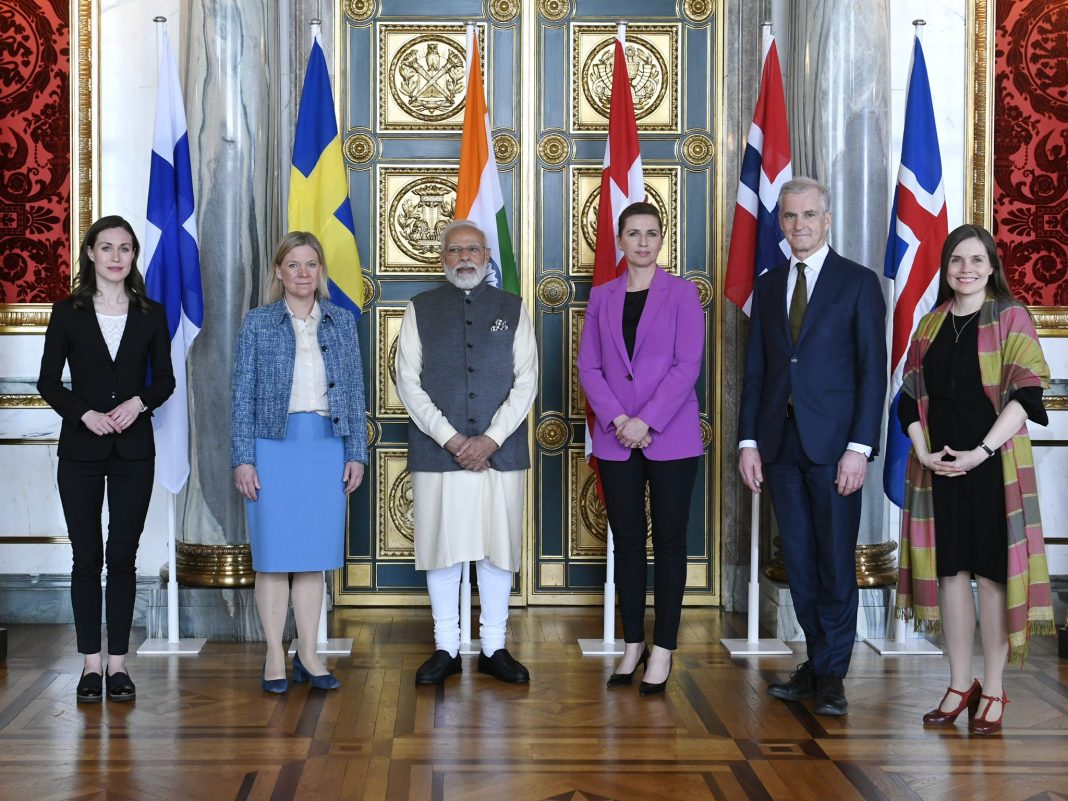 As the world grapples with a pandemic and multilateralism is under stress, India has emerged on the international stage as a rallying point of hope. This is one of the key highlights of PM Modi’s 3-day Europe visit, which Included 25 engagements with 8 world leaders & 50 businessmen.

Besides France, five Nordic countries comprising Norway, Finland, Denmark, Iceland and Sweden have affirmed their support for India’s permanent seat at the United Nations Security Council (UNSC). During PM Modi’s visit to the above nations recently, the heads of all the nations together emphasised on their commitment to making these institutions such as the UNSC more inclusive, transparent and accountable with the aim of addressing global challenges more effectively.

On 05th June, 2020 External Affairs Minister Dr S. Jaishankar has declared that achieving a “New Orientation for a Reformed Multilateral System” or N.O.R.M.S will be India’s overall objective during her eighth term in the UNSC. As Dr. S. Jaishankar has said- “India’s approach at the United Nations Security Council will be guided by the tenets of Samman, Samvad, Sahyog, Shanti and Samriddhi.”

India has been one of the leading voices for the long-standing reforms due in the UNSC, stating that it surely deserves a position at the highest level of the UN as a permanent member.

During the recent visit of Prime Minister Narendra Modi to meet the newly re-elected French President Emmanuel Macron, the French President has reiterated his support for India’s bid for permanent membership in the UNSC. Furthermore, France reiterated its commitment to support for India’s entry into the elite cluster of Nuclear Suppliers Group (NSG).  And the same was mentioned in the joint statement issued by the two countries after the meeting at the top level.

Furthermore, the Ministry of External Affairs in a statement after the India-Nordic Summit has said, “There were talks about the reform of the World Trade Organisation, as well as strengthening collaboration on global health issues, including pandemic preparedness and response.” Recently, Prime Minister Narendra Modi, in a discussion with US President Joe Biden, offered to supply food grains to the world, provided the WTO allows it. Naturally, reforms in several organs of the world order merit serious consideration, and again the pivot point is India.

The support from the five Nordic countries (Norway and Finland have been supporting India’s bid at the UNSC, Denmark, Iceland and Sweden have joined them) to India’s permanent seat at UNSC carries a lot of value as it is not about size or economy, it is about the perception. The involvement of France and other Nordic nations in India’s support reflects the hopes with India.

How PM Modi’s visit to Europe evoked the hopes to reform the world order need to be understood. India is not only a member of G77, but also partially in the G7 and G20. India shares warm strategic, economic, political and cultural relations with most of the G7 countries, but also voices for the interests of developing countries. By actively working toward attaining climate goals herself, without waiting for all others to join, India has shown leadership capacities for the global benefits. Even the concept of make in India is suffixed with “make for the world”. India’s pool of skill and talent is a proven global asset. India is not only an ancient & civilisational nation, but also a democracy which operates under the rule of law with free markets and has maintained a peace-loving nation’s reputation, with very limited geography of conflicts. The recent global supply chain disruption, pandemic (to which India responded with Vaccine Maitri mission), climate change, renewable energy and now the incipient food issue, the security situation in some parts of the world- all desire & require India to play a larger role in international affairs and cooperation. How some security situations made several countries look upon India is again a testimony to the realisation that India can play a relatively neutral role globally.

To play a significant and meaningful role, India needs to have a permanent seat at the institution that was built to uphold global peace, security, and order. This has become too clear to all those who matter that the old order necessarily needs to go through the process of accommodation. The support from the five Nordic countries and France indicates that these propositions are getting more and more included in the world’s assessment of India.-