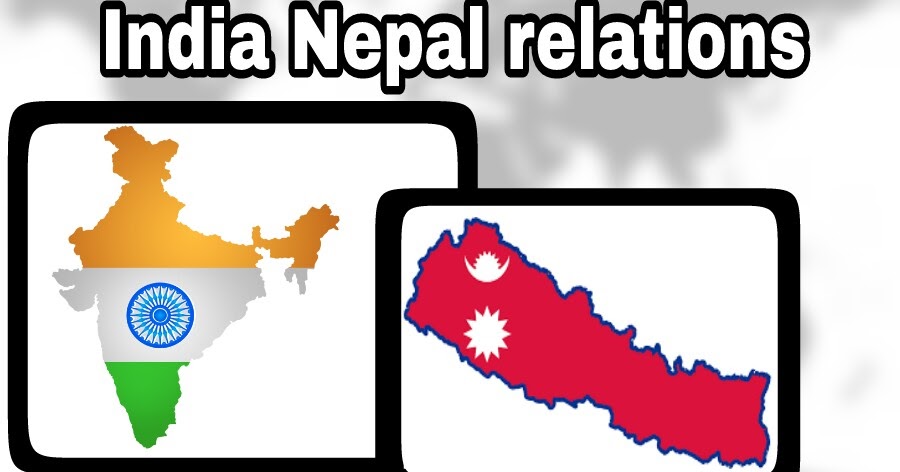 What is the convergence of interests between India and Nepal?

Recently, Nepal ratified the agreement with the U.S. Millennium Challenge Corporation (MCC). China claimed that it was part of the U.S.’s Indo-Pacific strategy to contain China. Therefore, it will provide welcome synergy between India and Nepal.

Nepal has been inducted into the International Solar Alliance(ISA). In addition, agreements have been signed for technical cooperation in the railway sector, and ensuring regular supplies of petroleum products (it was signed between Indian Oil Corporation and Nepal Oil Corporation on).

Both sides have signed the Mahakali Treaty (1996). The treaty covers the Sarada and Tanakpur barrages and Pancheshwar Multipurpose project. It will enable power sector cooperation between both the countries.

What are the differences that have emerged in the India and Nepal relationship?

The political narrative has changed in both countries.

In 2019, Nepal government raised and expanded the Kalapani boundary issue. It soured Nepal’s relations with India.

Now, the 1950 Treaty of Peace and Friendship is being viewed as a sign of an unequal relationship. It is seen as a sign of Indian imposition. (Note: It provides for an open border between India and Nepal. It allows Nepali nationals to have the right to work in India.)

India has been blamed for interfering in the Constitution drafting process of Nepal. It was also condemned for “unofficial blockade” in Nepal. This reinforced the notion of Nepali nationalism and anti-Indianism in Nepal.

China’s growing role: a) China considers Nepal as an important element in its growing South Asian footprint. b) In 2016, Nepal and China concluded a protocol. It allowed Nepal to have access to four seaports and three land ports of China. c) Both China and Nepal had joint military exercises, d) China has overtaken India as the largest source of foreign direct investment (FDI) in Nepal, e) China has hiked its annual development assistance to Nepal and f) China is also engaged with airport expansion projects at Pokhara and Lumbini in Nepal.

India and Nepal share a ‘special relationship’ based on ties of a shared culture, language and religion.

It is necessary that bilateral issues be discussed, behind closed doors and at Track 2 and Track 1.5 channels.

At present, there is a need of revising and updating the1950 Treaty of Peace and Friendship.

Although 98% of the India-Nepal boundary has been demarcated. These boundaries had been fixed in 1816 by the British. But two areas, Susta and Kalapani remain in limbo. Both sides should avoid rhetoric on territorial nationalism, and should solve these issues through quiet dialogue.

The Indian Prime Minister launched the “neighbourhood first” policy in 2014. India should uphold this policy and be a sensitive and generous partner.