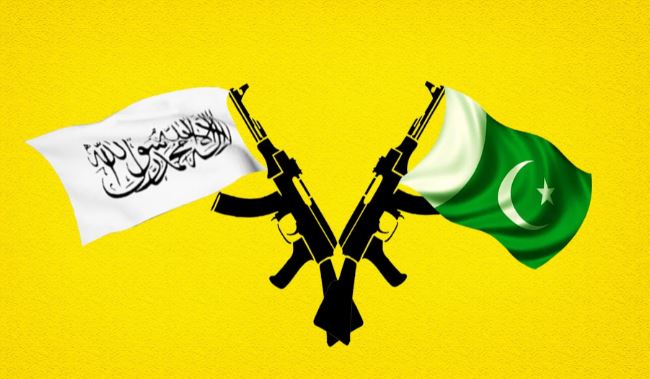 The Tehreek-i-Taliban (TTP), also known as the Pakistani Taliban, claimed two suicide attacks in the month with heavy casualties — the first in Balochistan Province’s Quetta region on September 5, and the next in Khyber Pakhtunkhwa’s South Waziristan on September 13. Apart from that, the outfit took responsibility for over 20 attacks against Pakistani security personnel and assets in the first half of September, including a sniper assault in Islamabad.

The near-daily attacks represent a steep acceleration of TTP-perpetrated offences, with concerns of further aggravation under the Taliban’s rule in Afghanistan, given the long-standing operational and ideological ties between the Afghan and Pakistani Taliban. The TTP’s purported sanctuary in Afghanistan might lead to localised cross-border attacks, as informed by the reported firing from Afghanistan that killed two Pakistani soldiers in August.

TTP Can Attempt to Expand its Operations

Concurrently, the specific targeting of Pakistani security personnel and checkpoints denote the conventional modus operandi of the TTP, which is expected to continue in the foreseeable future. While the TTP’s activities are majorly restricted to the restive tribal belt of the country, it will possibly attempt to expand its operations in urban cities to project higher competency. However, the group’s low-level attacks and minimal infliction of harm reveals TTP’s subpar competencies outside its strongholds.

On September 15, Pakistan Foreign Minister Shah Mehmood Qureshi in an interview noted that Islamabad is willing to pardon TTP members under conditions of giving up terrorism. However, considering the group’s strengthened position, it is unlikely to heed Islamabad’s amnesty offer or pause attacks, especially in the Waziristan region.

To alleviate Islamabad’s concerns and portray itself on the international stage, Taliban chief Haibatullah Akhundzada reportedly established a three-member commission to investigate allegations of fighters using Afghan soil to launch offences against Pakistan’s assets and interests.

Such assurances, however, failed to reflect on the ground, drawing attention to Pakistan’s possibly overstated security influence over the Taliban’s decision-making.

Nonetheless, Islamabad is anticipated to be at the forefront of Afghanistan’s transition and to continue efforts to exercise political and diplomatic coercion over the Taliban to regulate anti-state actors operating from Afghanistan against Pakistan. This was recently witnessed during the heavily-publicised visit of the Inter-Services Intelligence (ISI) chief General Faiz Hameed to Kabul on September 5, to secure Pakistan’s interests, and possibly augment its influence on the newly formed government.

The TTP’s organisational mergers with splinter factions like the Jamat-u-Ahrar, the sub-splinter Hizb-ul-Ahrar (HuA) in August 2020, and the al-Qaeda-affiliated Ustad Aslam group last month have further contributed to the group’s ascent. Such increasing operational competencies and strong network under chief Noor Wali Mehsud’s leadership was put on display through sustained anti-state attacks in Balochistan and Khyber Pakhtunkhwa Provinces, predominantly in North and South Waziristan regions in the last few weeks.

The TTP also published an infographic on September 2, claiming responsibility for 32 attacks against Pakistani security assets in August alone, recording the highest-ever offences in a month since the group’s merger last year. However, given the current trends, the attacks are expected to exceed this month.

The recent intensification will spell a larger security challenge for Pakistan in the near term, considering the group’s resurgence after its downfall in 2014 due to considerable defections of TTP fighters to the Islamic State Khorasan Province and heavy losses inflicted by Pakistan’s Operation Zarb-e-Azb in the erstwhile Federally Administered Tribal Areas (FATF).

Apart from the TTP’s renewed allegiance to the Afghan Taliban following the latter’s takeover on August 15, the porous Pakistan-Afghanistan borders will possibly be fertile ground for the covert influx of militants into the country, especially with the movement of asylum seekers through open land borders. Similarly, the targeting of journalists or news outlets by the TTP cannot be discounted in the short term, given the group’s recent warning to media houses against using the term “terrorists” to describe the group.