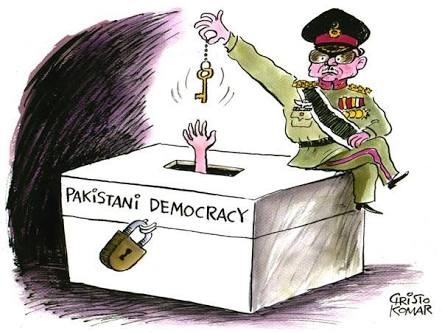 Pakistani politics is once again turmoil after the Senate elections and the vote of confidence in the National Assembly. What will happen in the weeks ahead is yet to be known?

According to former editor of Dawn, Abbas Nasir, both the opposition and the government appear to have won ‘one round each’ but the real winner is “the perennial winner of political contests in our land” i.e. the establishment.

Nasir points out that “Whether the members sold their souls or stamped their ballots in line with their conscience first to elect senators from the four provinces and the National Assembly and finally to fill the chairman and deputy offices, there was no ambiguity about who stamped their authority over the process. If you watch television discussion programmes, you will have noticed a consensus among all those anchors who see themselves as more patriotic than everybody else that the PTI has a serious governance problem in Punjab and that something needs to be done about it.”

However, Nasir argues that Imran Khan “may have hit back by talking of fresh elections as the architects of the hybrid system, as its supporters call it, are in no position to risk its unravelling anytime soon, forcing them to apply the brakes. From personal pride to prized positions, there’s far too much at stake. By the same token, as the PDM or mainly Nawaz Sharif and Maryam Nawaz Sharif’s aggressive narrative is being echoed by seemingly significant swathes of strategically-important central Punjab, it would appear convenient to create a diversion for the opposition away from street agitation.”

Nasir ends his opinion piece by asking “Does the opposition leadership have the charisma and appeal to galvanise its claimed massive popular support as a force of sizable numbers on the streets of the twin cities to effect a change in the current scheme of things?”