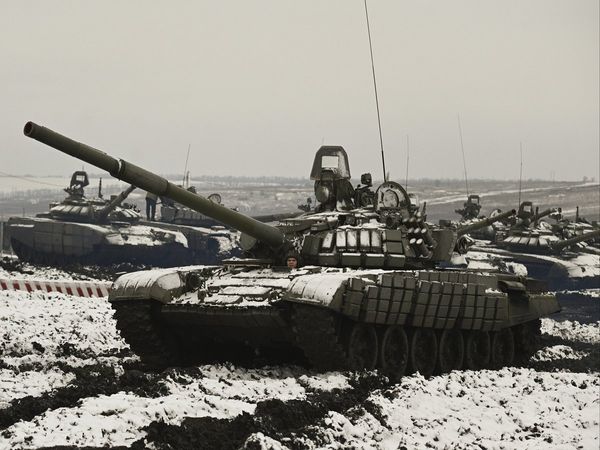 Russia on Tuesday confirmed that some of its troops have started pulling back from the Ukrainian borders, after a build-up of the Russian Army around the European country sparking fears of a potential invasion.

In an official statement, a Russian defence ministry spokesman said, “Units of the Southern and Western military districts, having completed their tasks, have already begun loading onto rail and road transport and today they will begin moving to their military garrisons.”

The announcement of troops returning back to bases has come ahead of the scheduled meeting between German Chancellor Olaf Scholz and Russian President Vladimir Putin to discuss the Ukraine situation.

It should be noted that Russia deployed more than 100,000 troops around Ukraine, a former Soviet country, spurring European leaders and the United States to warn Moscow of sweeping economic penalties if it went ahead with its invasion plans.

The US and its Western allies have been severely critical of Russia over its continuing build-up of forces near the Ukraine border. The US has already sent extra troops to Europe to support its allies in the backdrop of fears of a Russian invasion of Ukraine.

Tensions have been exacerbated by Russian military drills, including near Ukraine and in Belarus, where the United States says some 30,000 troops are participating in exercises scheduled to run until February 20.

Following a meeting with Putin last week, Russian Defence Minister Sergei Shoigu said some of the Russian war games would soon be drawing to a close.

Earlier on Monday, Ukraine’s defence minister said he had spoken with his Belarusian counterpart and received assurances there was no threat to Kyiv from Belarusian territory.