Russia targeting all of Europe with Ukraine invasion, says Zelenskyy 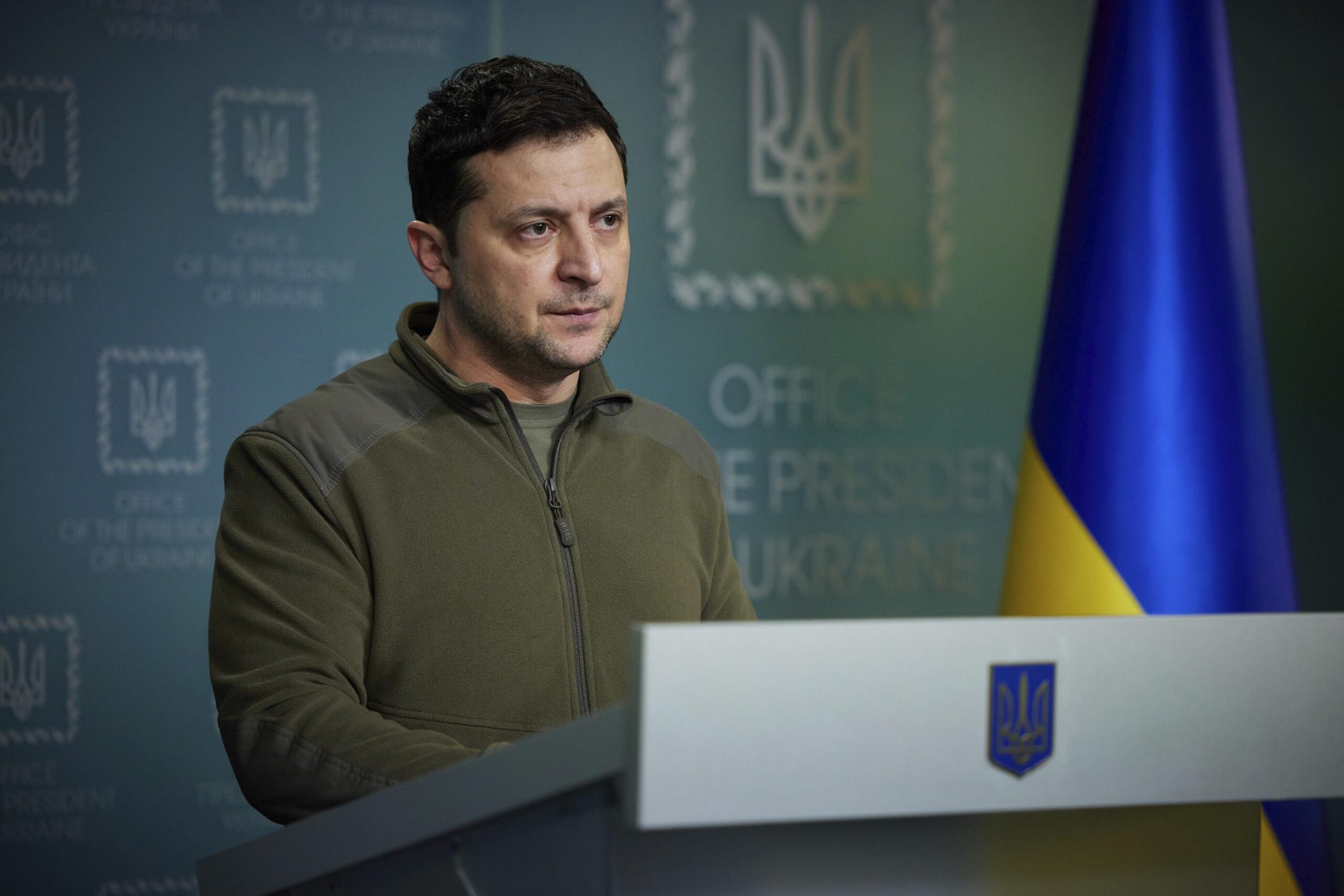 Russia is targeting all of Europe with its invasion of Ukraine, and stopping Moscow’s aggression is essential for the security of all democracies, Ukrainian President Volodymyr Zelenskyy said as Russian forces prepared for battle in the east of his country.

Addressing the “free people of a brave country,” Zelenskyy said in a late night video message to Ukrainians that Russia’s war aim “was not intended to be limited to Ukraine alone” and the “entire European project is a target.”

“That is why it is not just the moral duty of all democracies, all the forces of Europe, to support Ukraine’s desire for peace,” he said. ”This is, in fact, a strategy of defence for every civilized state.”

His address came as civilians continued to flee eastern parts of the country before an expected onslaught and emergency workers searched for survivors in towns north of Ukraine’s capital, Kyiv, that are no longer occupied by Russian forces.

Russia has pulled its troops from the northern part of the country and refocused on the eastern Donbas region, where Moscow-backed separatists have fought Ukrainian troops for eight years and controlled some territory before the war, now in its 46th day.

Western military analysts said an arc of territory in eastern Ukraine was under assault, from Kharkiv — Ukraine’s second-largest city — in the north to Kherson in the south. Newly released Maxar Technologies satellite imagery collected Friday showed a 13-kilometer convoy of military vehicles headed south to the Donbas through the town of Velykyi Burluk.

Britain’s Defence Ministry said Sunday that the Russian military was seeking to respond to mounting losses by boosting troop numbers with personnel who have been discharged from military service since 2012.

In an update on Twitter, the ministry also said that the Russian military’s efforts to “generate more fighting power” also include trying to recruit from Trans-Dniester, a breakaway region in Moldova that borders Ukraine.

Russia-backed separatists in eastern Moldova took up arms in 1992 to establish Trans-Dniester, which is not internationally recognized and where Russia maintains some 1,500 troops.

Several European leaders have made efforts to show solidarity with battle-scarred Ukraine. In his video address, Zelenskyy thanked the leaders of Britain and Austria for their visits to Kyiv on Saturday and pledges of further support.

He also thanked the European Commission president and Canada’s prime minister for a global fundraising event that brought in more than 10 billion euros ($11 billion) for the millions of Ukrainians who have fled their homes.

Zelenskyy repeated his call for a complete embargo on Russian oil and gas, which he called the sources of Russia’s “self-confidence and impunity.” Some European countries depend heavily on imported Russian energy.

“Freedom does not have time to wait,” Zelenskyy said. “When tyranny begins its aggression against everything that keeps the peace in Europe, action must be taken immediately.”

In an interview with The Associated Press inside his heavily guarded presidential office complex, Zelenskyy said he was committed to negotiating a diplomatic end to the war even though Russia has “tortured” Ukraine.

He also acknowledged that peace likely will not come quickly. Talks so far have not included Russian President Vladimir Putin or other top officials.

“We have to fight, but fight for life. You can’t fight for dust when there is nothing and no people. That’s why it is important to stop this war,” the president said.

Ukrainian authorities have accused Russia forces of committing war crimes against thousands of civilians during the invasion, including airstrikes on hospitals, a missile attack that killed 52 people at a train station Friday and shooting residents of towns in the north at close range.

Graphic evidence of civilian slayings emerged after Russian forces withdrew from Bucha, and firefighters were searching buildings in Borodyanka, another settlement outside Kyiv. Russia has denied engaging in war crimes and falsely claimed that the scenes in Bucha were staged.

Ukrainian authorities have said they expect to find more mass killings once they reach the southern port city of Mariupol, which is also in the Donbas and has been subjected to a month-long blockade and intense fighting. The city’s location on the Sea of Azov is critical to establishing a land bridge from the Crimean Peninsula, which Russia seized from Ukraine eight years ago.

Ukrainian officials have pleaded with Western powers almost daily to send more arms and further punish Moscow with sanctions, including the exclusion of Russian banks from the global financial system and a total EU embargo on Russian gas and oil.