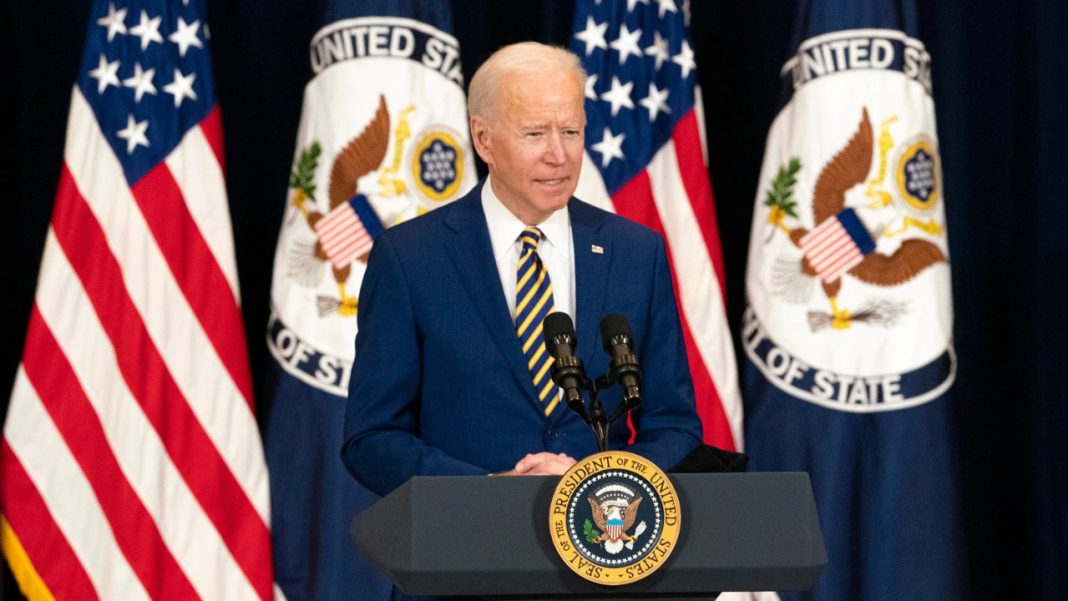 Suggesting another bid to broker a diplomatic settlement for the long-standing crisis, the French Presidency on February 20 proposed a summit to be held between US President Joe Biden and Russian President Vladimir Putin (categorically agreed by President Biden and President Putin) along with relevant stakeholders to discuss security and strategic stability in Europe.

“The substance will have to be prepared by US Secretary of State Antony Blinken and Russian Foreign Minister Sergei Lavrov during their meeting on Thursday 24, February,” the release by French President’s office stated.

However, the US asserted that the summit will be held with a pre-imposed condition that Russia does not invade Ukraine.

“We are always ready for diplomacy. We are also ready to impose swift and severe consequences should Russia instead choose war. And, currently, Russia appears to be continuing preparations for a full-scale assault on Ukraine very soon,” White House Press Secretary Jen Psaki said in a statement.

Meanwhile, Kremlin spokesman Dmitry Peskov on Monday reportedly said that no –the concrete plan is in place for a summit between Russia and the United States.

“It’s premature to talk about any specific plans for organizing any kind of summits,” an international media report quoted Peskov saying.

Earlier, slamming Russia for spreading phony allegations against Ukraine of genocides taking place in Donbas, US President Joe Biden said, “Over the last few days, we’ve seen reports of a major uptick in violations of the cease-fire by Russian backed fighters attempting to provoke Ukraine in Donbas. For example, a shelling of a Ukrainian kindergarten yesterday, which Russia has falsely asserted was carried out by Ukraine. We also continue to see more and more disinformation being pushed out to the Russian public, including Russian backed separatists, claiming that Ukraine is planning to launch a massive offensive attack in Donbas.”

President Biden further added that Russia has been fabricating all these allegations against Ukraine to justify their action against Ukraine, as what was done by them before also. “But the bottom line is the United States and our allies and partners will support the Ukrainian people. We will hold Russia accountable for its action,” US President Joe Biden said.

Citing the continued high-level tensions and uncertainties in the region, amid Russia’s military build-up around Ukraine, India on Sunday, February 20, 2022, issued a fresh travel advisory for their nationals living in Ukraine.

The fresh travel advisory called on Indian nationals and Indian students whose stay is ‘not deemed essential’ to leave Ukraine ‘temporarily’. The Embassy further advised the Indian nationals to avail the available commercial flights and charter flights for ‘orderly and timely departure’ from the ex-soviet nation. Air India has earlier announced that they will operate 3 flights between India-Ukraine on 22nd, 24th, and 26th February 2022.

“Indian students are advised to also get in touch with respective student contractors for updates on charter flights, and also continue to follow Embassy Facebook, website, and Twitter for any update,” the advisory added.

This was the second advisory issued by the Indian Embassy in Ukraine amid the soaring tension between Russia and Ukraine which has kept the world on tenterhooks.

Earlier, speaking at the United Nations Security Council (UNSC) briefing stating New Delhi’s position on the ongoing crisis, India’s Permanent Representative to the United Nations, Ambassador T.S. Tirumurti said, “India’s interest is in finding a solution that can provide for immediate de-escalation of tensions taking into account the legitimate security interests of all countries and aimed towards securing long term peace and stability in the region and beyond.