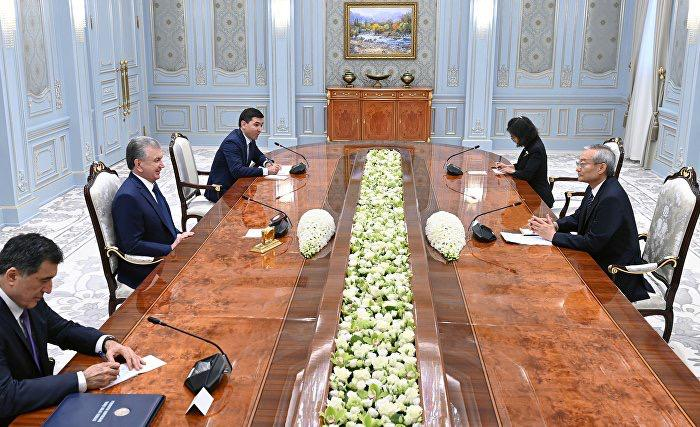 Secretary General of Shanghai Cooperation Organisation Zhang Ming visited the Republic of Uzbekistan which is hosting this year’s SCO Summit in September this year. Secretary General Zhang met Uzbek President Shavkat Mirziyoyev in capital Tashkent on Monday.  The Uzbek President said that intensive preparations are underway for the central event of the year at the September meeting of the SCO Council of Heads of State in Puerto Samarkand. Uzbekistan will pass the SCO Presidency to India at the SCO Heads of State Council meeting in Samarkand.

A statement on SCO website said that the Secretary General also met with Acting Foreign Minister of Uzbekistan Vladimir Norov who was his predecessor as SCO Secretary General. The two officials discussed the implementation of the agenda for Uzbekistan’s SCO Presidency in 2021 and 2022 in the context of preparations for the SCO Heads of State Council meeting in Samarkand. They touched on the issue of SCO expansion, in particular, the process of accepting the Islamic Republic of Iran as an SCO full member, as well as the prospects for signing new memoranda on granting the SCO dialogue partner status and other memoranda with several international organisations