Secularization Of Militancy In Kashmir: Myth Or Reality? 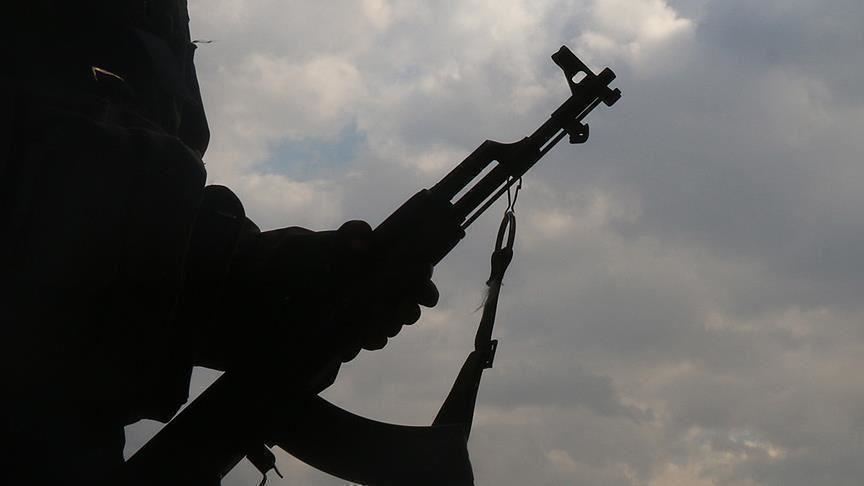 Post-abrogation of Article 370, India successfully ensured that the internal political rearrangement did not attract negative international attention, despite vocal efforts by Pakistan and Turkey. This waning international support has led militant groups to seek renewed legitimacy and support for their activities. The rhetoric of ‘struggle for resistance’ against ‘occupational forces’ is being aired, as opposed to calls for jihad. While the language of communication is sought to be ‘secularised’, militancy in its essence – in terms of the choice of targeted killings, and the objectives driving the selection of targets for attacks, has remained communal.

The Resistance Front (TRF) released a pamphlet on 5 May 2022 threatening attacks on the Amarnath yatra. The TRF pamphlet warned that “blood will spell (spill)” of those acting as “stooges” of the Union government, even as it tried to convey a sense of religious tolerance by assuring safety to pilgrims “till you (they) are not indulged in the Kashmir issue.”1The yatra began on 30 June, after two years of travel restrictions on account of the pandemic. The 2019 yatra was curtailed due to the abrogation of Article 370. Nearly 600,000-800,000 Hindu pilgrims are expected this year, as opposed to a few thousands in the preceding years.

Such messaging by the TRF appears to be another addition to a series of attempts that seek to ‘secularise’ militancy in J&K, even as terror outfits like the Lashkar e-Taiba (LeT) continue to be active. In the first week of May, for instance, three LeT terrorists suspected of planning to attack the Amarnath yatra were also killed in an encounter in Srinagar.2Targeted killings of Kashmiri Pandits, as well as migrant Hindu workers, moreover, suggests that attempts to ‘secularise’ militancy in the state are a red herring.

The Brief explores the veracity of claims suggesting secularisation of militancy in Jammu and Kashmir (J&K), post abrogation of Article 370. It examines the communication strategies of militant outfits through online and offline mediums. It then explores indicators of militancy, to see if they correspond to the sentiments being aired in the information domain, seemingly devoid of communal angst. In doing so, the Brief places in context the rising significance of perception management as a part of information warfare being waged by terrorist outfits operating in the state.

In the information domain, militancy has indeed experienced a marked shift post-2019. This can be majorly credited to the older existing groups like the Lashkar-e-Taiba (LeT), Hizbul Mujahideen (HM), and Jaish-e-Mohammad (JeM) experiencing a waning presence due to the collective effect of state-crackdown and reducing external aid. Simultaneously, several new groups such as TRF, United Liberation Front of Kashmir (ULFK), Kashmir Tigers, and People’s Anti-Fascist Force (PAFF) have emerged.

These groups are different from the older terrorist outfits in terms of their nomenclature, logos and slogans, as well as the nature and tone of messaging and communication through their pamphlets. For instance, to begin with, the names of each of the newly emergent groups depict a clear departure from Islamic nomenclature as adopted by their predecessors. Whether it is TRF or the PAFF, the emphasis is on ‘Kashmiri resistance’ against ‘occupational’ and ‘fascist’ forces,3as opposed to a call for jihad against infidels.

This change is also seen in the logos used by each of these outfits, as also their respective slogans. The slogan ‘Resist to Exist’ of the ULKF, is a visible contrast to logos of, for instance, the HM (‘inil hukmu illa lillah’ – legislation is for none but Allah) or LeT (‘al dawatal irshad’ – the invitation to move under the instruction of the LeT, that is, the Army of the Good).

Pamphlets periodically released by these new outfits add to this tone of messaging. The threat letter regarding the Amarnath yatra, as noted earlier, deliberately tried to separate religion from politics.

Another pamphlet by the TRF dated 15 June 2020 asserted

(Every inhabitant of Jammu and Kashmir has an equal right to reside here regardless of their religious identity…Incoming tourists in Jammu and Kashmir are our guests, but it is our request that tourists shall stay here as tourists and not try to collude with the Indian establishment that is attempting to attack our demography and property).5

Even while claiming attacks or inciting popular support, the language used is carefully distanced from Islamist references. For instance, while claiming the murder of a Sikh school principal, Supinder Kour, and a Kashmiri Pandit teacher, Deepak Chand, on 7 October 2021,7the TRF pamphlet names “politicisation of education sector” as the reason behind the attack. Note that no mention of the religious identity of the victims is made. Instead, the pamphlet emphasises that “…our fight is to safeguard our Freedom that thee occupier has been illegally occupied (the occupier has illegally occupied), snatched from us and in this fight everyone the citizens of JK are welcome to fight against the occupier India.”

This line of justification was also evident while claiming the murder of Kashmiri Pandit Makhanlal Bindroo, just a day prior on 6 October 2021. The TRF pamphlet called him an RSS ideologue who was mobilising Kashmiri youth under the pretext of undertaking “health activities” and involved in “immoral trafficking and drugs supply.”8

Data suggests that recruitments for the previously existing organisations continues to far surpass that of the ‘secular’ outfits, both in 2020 and 2021.9As of March 2022, of the 168 militants active in the Valley, around 82 belonged to the LeT, 41 with JeM, 38 with HM, three with Al Badr, and merely two with the TRF.10The number of foreign militants in the Valley has also been rising in 2022, after a fall for the past two years.11

While not exhaustive, the table lists major incidents of targeted killings that followed the abrogation of Article 370.13Majority of victims are identified as Kashmiri Pandits, a Sikh, and Hindu migrant labourers. A number of Muslim civilians too have become targets of these outfits. However, it is notable that most of these targeted killings involving Muslim victims, Kashmiri or otherwise, carry some political motivations. For instance, they belonged to the local BJP cadres, or Sarpanches, or were working for the government. This made them ‘stooges’ of the government and hence were targeted. Non-Muslim victims like migrant workers or school principals and bank employees, though, have often been singled out for their communal identity.

Given the fact that most of these new organisations are termed as Front Organisations of the previously existing ones,14it could partly explain why older militant organisations have not made any recent claims. Most of these attacks are claimed by the TRF even as no significant recruitment has been recorded by the organisation since its inception (as depicted in Graph 1). The possibility that the new ‘secular’ outfits are but a mere cover for the pre-existing Pakistan-sponsored organisations is more likely the bitter truth.

War in the Information Domain

While the appearance  and language of communication has been carefully ‘secularised’, the militancy in its essence – in terms of the ability to gather popular support, its choice of targeted killings, and the objectives driving the selection of targets for attacks, has remained communal. In terms of local recruitments, the previously existing Islamist outfits continue to attract more recruits. The targeted killings reflect motivations of these outfit to hamper rehabilitation efforts of Pandits. The en masse withdrawal of Kashmiri Pandits following the murder of Vijay Kumar on June 2 is a case in point.15

Pakistan’s compulsions with the Paris-based watchdog, Financial Action Task Force (FATF), is an important reason accounting for the drying up of Pakistani sponsorship to terror outfits in terms of funds and weaponry. Given that the consequences of Islamist terrorism have adversely affected most of the Western world, the popular acceptability of any struggle following an Islamist path has generally decreased over the years. With India highlighting Pakistani involvement in sponsoring terror and destabilising the country’s internal security, international perceptions have indeed experienced a gradual shift. The 2016 Uri attack and 2019 Pulwama attack only further strengthened India’s case before the international community.

Post-abrogation of Article 370, India successfully ensured that the internal political rearrangement did not attract negative international attention, despite vocal efforts by Pakistan and Turkey. This waning international support has led militant groups to seek renewed legitimacy and support for their activities, in the garb of calls for safeguarding human rights and rhetoric of ‘struggle for resistance’ against ‘occupational forces’ as opposed to previous calls for jihad. The nomenclature, iconography, and language appear to aim to portray the militancy as a strictly indigenous movement for ‘freedom’ with no external actors and interests involved. The idea also appears to target sections of the national population who might be possibly influenced by calls for ‘justice’ and ‘freedom’ as opposed to that of ‘jihad against infidels’.

Despite the best efforts of militant outfits and their masters, international perceptions have reflected little change. The popular support within the Valley for a ‘secular’ face of militancy is limited as well. However, the use of these new organisations as fronts for other Pakistan-backed Islamist organisations could sustain militancy in the state. This calls for careful monitoring of their tactics, modus operandi, reach, and popular response to their influence operations. The operations of these fronts in the information domain must be tackled at par with those in the physical domain. After all, every act in the physical domain emerges from an idea in the cognitive domain – through information consumed, or on many occasions, force fed.