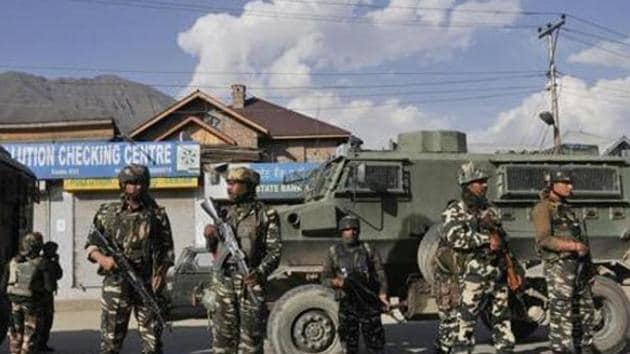 With the targeted killings in Kashmir there have been many opinion pieces in the media, mostly diverse from each other in perception, ideas and thoughts on counteraction. There is nothing wrong with that as ideas generate better solutions. However, there is a thought process involving the comparison of the J&K situation with that of Punjab in the 1980s and early 1990s.

It gives an awkward surmise that Punjab was won through the barrel of the gun by the adoption of only hard-nosed methods by the State. Believers of this theory recommend a similar approach in J&K to put an end to the spiralling violence, which has a habit of returning in different avatars. These are generally the beliefs of those who have not served in J&K and wish to juxtapose ideas without full comprehension of a very complex proxy war which commenced in 1989 in J&K and continues till today. I have the advantage of having served extensively in both the above environments.

Very importantly, the situation in both Punjab and J&K was brought on by internal mistakes and exploited by Pakistan to fight India by proxy. In J&K’s case, Pakistan succeeded in cultivating the idea of the inevitability of secession, making it easier to pursue a proxy war through people’s domain, too. It was made even easier by infusing violent extremist ideology in the state to create greater alienation against India. However, Punjab was different; the majority of the people never supported any ideas of separatism or radicalism.

The Punjab insurgency (or terror) lasted more than 10 years but there was never a change in the nature of violence except for a brief period in 1984. No one came out on the streets and the administration was never paralysed. This is so unlike J&K, which has witnessed all elements of the spectrum of violence, including street turbulence and targeted killings of minorities and others. The moment externally sponsored violence commenced and reached worrisome levels in J&K in 1990, Pakistan pulled out all sponsorship from the campaign in Punjab; it rightly perceived the impossibility of attempting to pursue violent campaigns of separatism in two states. I do not ascribe responsibility to any single agency for ending militancy in Punjab; it was a combined Indian effort but most of all, it was the brave people of Punjab who ended the unfortunate phase.

Thirty years later, every effort is being made to re-energise militancy in Punjab, this time in conjunction with the calibrated effort going on in J&K. Pakistan has employed different strategies in J&K at various junctures, with many experiments too. As a ‘long war’, there is now an experiment of establishing simultaneity of effort. Pakistan is apparently confident this time of executing a low-intensity campaign in both states; something which will not go over the top and yet help create more alienation especially among the people of J&K. The networks established in Punjab would be helpful in supporting the terrorist grid in J&K. These networks have all the ingredients which go into making situations that aid terror; networks involving finance, narcotics, ideology, gun running and explosives, and extending into even media and social media. The run of targeted killings in J&K no doubt needs a heavy clamp-down with more intensive policing, patrolling and intelligence activity. However, with the terror acts being executed differently, with ‘one off’ terrorists armed only with pistols and no record, and perhaps without knowledge of families, friends and community, demands a slightly different approach too.

It’s the people who have to take ownership of the security of their society; the police and the army can play a greater role in sensitisation of the dangers of allowing this to proliferate leading to the crackdowns of the past, much to public discomfort. My recommendation is a hybrid approach of strong security measures but with another arm of the forces ensuring engagement and sensitisation as well. I do recommend relocation of people under potential threat to safer places within the Valley but can also foresee the sponsored initiation of more targeted killings against soldiers, policemen and even civilian government workers to prevent achievement of any cogency in the government’s countermeasures. The mother of all opportunities for sponsored terror groups and even ‘one off’ terrorists is approaching. The iconic Sri Amarnath Yatra, which occupies a very significant position in India’s collective emotional psyche, is also one of the most vulnerable annual events. A terror act against pilgrims, when seen in conjunction with the ongoing terrorist efforts to remain relevant, obviously creates a low for India, its leadership and security forces.

In 1999, at the height of the Kargil war, Pakistan used every element of information warfare in its quiver to project intense threats against the Yatra. I was responsible for coordinating the huge security grid set up to prevent any Pakistani success at a time when India was already under intense pressure. We warded the threats successfully that year. A year later, LeT terrorists infiltrated the grid and killed 32 people and injured around 60 at Pahalgam, the base camp for the Yatra. Among the victims were 22 Hindu pilgrims, seven Muslim shopkeepers and porters and three security officials; there were no qualms about the faith of the victims. Next year, on July 20, 2001, 13 people were killed and 15 others injured in two explosions and firing by militants on a pilgrim rest camp at Sheshnag Lake. The casualties included eight Hindu pilgrims, three Muslim civilians and two security personnel.

There have been similar incidents in 2002, 2006 and 2017 too. The two mountainous trek routes to the shrine are not the only vulnerable ones, as may seem evident. With the frequent discovery of sticky bombs in various caches, including ones dropped by drones, and the recent bomb attack on a Katra-bound pilgrim bus, the vulnerability of the route from Jammu to Pahalgam (Chandanwari) and Baltal has enhanced. A major targeting of the Yatra can be akin to and as dangerous as the Pulwama incident of February 14, 2019.

We cannot draw solace from the fact that Pakistan itself is in a situation where it lacks leadership and faces political and economic challenges, and, therefore, may not wish to cross the red lines. Terror-based situations are irrational and terrorists thrive in such an environment. In the three weeks time we have before the Yatra commences, we must redouble our security efforts. Most importantly, give greater relevance to partnerships with the local people who contribute so much to make the Yatras successful.