Security forces in India to have training & combat module on Taliban 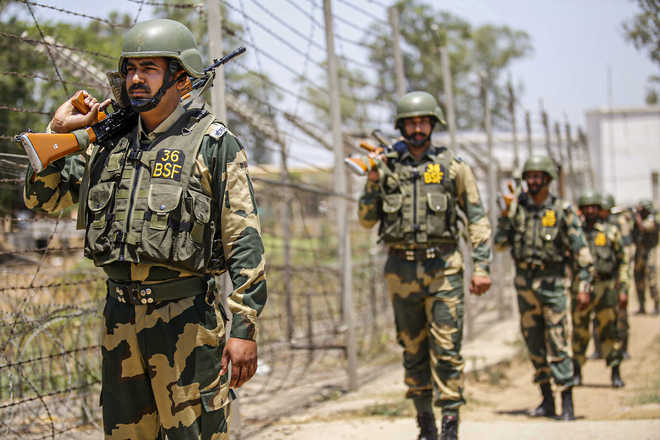 Border forces and armed police units deployed in the counter-terrorism grid have been directed by the central security establishment to prepare and administer a new training module on the Taliban and its modus operandi to the troops in view of the “emerging” scenario following the Islamic militia taking over Afghanistan.

Stating that the fall of Kabul to the Taliban last month may have a “serious bearing” on the security situation in India, the ground forces and their intelligence setup have been asked to update both their strategy, tactics and combat syllabus on the new “geo-political situation in central and south Asia and its grave security implication on India’s borders and the hinterland.”

The directive issued by the security establishment a few days back also envisages a scenario where infiltration from across the border from Pakistan into India’s west and illegal entry of terrorist operatives from open fronts in the east may increase, including that by foreign terrorist fighters.Officials in the central security forces and intelligence wings acknowledged the new developments that have taken place in the neighbourhood after the Taliban swiftly took over almost all provinces of Afghanistan last month following the US military retreating from their 20-year war in that country launched after the 9/11 terror attacks in 2001 in their country.

“This included information on the Taliban as well but it was not updated. That is being added through open-source authentic information and others available in a classified manner to us and the focus is the developments of the last twenty years that took place in the aftermath of the 9/11 attacks,” the officer said.

A full-fledged training, intelligence and combat module on the Taliban, its leadership and their modus operandi is being prepared apart from specific case studies that have taken place in that country and the region, he said.

The directives have been forwarded to the central and state police forces, which have multiple levels of training centres and academies to train their personnel and officers during induction and while in service.

“It is very important for the last man standing at the border, a checkpost or under a police jurisdiction to know about the Taliban’s history and linked activities and strategies.

Senior and top commanders of the security forces may know most of the things about Afghanistan and Taliban situation but they draw their operational strength from the troops or the constable standing on the ground. They need to be informed well,” another senior officer working in the training management division of a paramilitary force said.

At least one such session has been conducted in two central forces post the issuance of the new directives, while a webinar for all these forces is being planned in a combined manner to be held later this month, a Union home ministry official said.

A third officer said the latest directions make it clear that such sessions should also be held for the troops and commanding officers on the ground during “daily operational briefing sessions” in their area of deployment and case studies on the Taliban are being prepared in “local and vernacular languages” for the troops.