Sri Lanka Crisis To Have ‘Big Impact’ On Chinese Investments,Ties 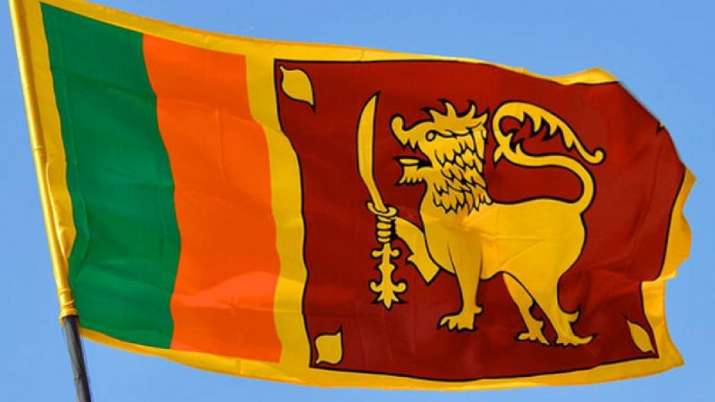 While China has so far maintained a conspicuous silence on the dramatic fall of Sri Lanka’s pro-Beijing Rajapaksa brothers, experts have warned that the current chaos in Colombo will have a “big impact” on the country’s close ties and its large-scale infrastructure investments in the strategically located island nation in the Indian Ocean.

President Gotabaya Rajapaksa fled the country on a military jet, days after demonstrators overran his residence He had pledged to stand down on Wednesday amid mass protests over the island’s worst economic crisis. For months people have been struggling with daily power cuts and shortages of basics like fuel, food and medicines.

“In the short run, there will be a big impact on China’s relations with Sri Lanka because the influence of the Rajapaksa family in Sri Lanka’s political circles will be undermined and a political comeback will be unlikely in the near future,” Lin Minwang, a South Asia expert at Fudan University in Shanghai said as quoted by Hong Kong-based South China Morning Post on Tuesday.

While President Gotabaya Rajapaksa fled the country on Wednesday amid violent protests, including the seizure of his official residence by protestors, his elder brother and former Prime Minister Mahinda Rajapaksa had to take shelter initially at a naval base amid public fury.

Mahinda Rajapaksa is a much-liked Sri Lankan leader in China for promoting large scale Chinese investments in the island nation, disregarding India’s security concerns and the US criticism and warnings over Beijing’s “debt-trap diplomacy” in the strategically important country in the Indian Ocean.

China has so far maintained a conspicuous silence on the fall of the powerful Rajapaksa clan, considered to be the main backers of Chinese investment in the country, which is now facing its worst economic crisis since independence in 1948.

Replying to a question on the Sri Lankan crisis on Tuesday, Chinese Foreign Ministry spokesman Wang Wenbin told a media briefing here that China is paying close attention to the situation unfolding in Sri Lanka and appealed to all parties to work unitedly to resolve the crisis.

As a friendly neighbour and cooperative partner, China sincerely hopes that all parties in Sri Lanka will act in the fundamental interests of the country and its people, work together to overcome difficulties and realise social stability, economic recovery and improvement of livelihood at an early date, he said.

During the current crisis, China has provided over USD 73 million of aid and recently sent a large shipment of rice but for inexplicable reasons did not provide the large-scale monetary assistance sought by the Rajapaksas and their pleas to defer repayment of Chinese loans.

“My analysis is that China has shifted their strategic focus into South-east Asia,” Gotabaya Rajapaksa had said.

“They see more strategic interest in the Philippines, Vietnam and Cambodia, that region, and Africa. They have less interest in this region.

“I don’t know whether I am right or wrong, even the focus on Pakistan has gone down. That shows that their interest here is not like earlier. Their interest has shifted to two other areas,” he said.

When Gotabaya Rajapaksa’s older brother Mahinda was in power from 2005 to 2015, he opened up Sri Lanka, which values for its strategic location in the Indian Ocean to massive Chinese projects including the Hambantota port, which China obtained for 99-year deal as part of a controversial debt-for-equity swap besides the unfinished Colombo port project being built on reclaimed land from the sea.

Lin Minwang also warned that the Chinese investors may suffer losses due to the crisis in Sri Lanka.

The crisis, driven by soaring inflation, high debt and economic mismanagement, was also a reminder for Chinese investors looking to developing nations that are vulnerable to increasing fuel costs, food shortages and rising US interest rates.

“I won’t call it a lesson but it is a reminder that local governance competence should be taken into consideration when investing overseas especially when the overall international environment is not good and given that the debt ratio of countries in South Asia is generally very high,” he said.

Chinese investments (in Sri Lanka) will suffer some losses, he added.

However, Lin Minwang said, There is no need to be too pessimistic about China-Sri Lanka relations, because Sri Lanka’s relationship with India has its inherent structural contradictions, and Sri Lanka actually needs a country like China as a counterbalance with India.

But Liu Zongyi, a senior fellow with the Shanghai Institutes for International Studies, said Beijing had maintained friendly relationships not just with the Rajapaksa family but every political party in Sri Lanka.

China is not leaning towards one faction or the other, Liu said.

That’s why the previous Sri Lankan governments have all wanted to maintain friendly and cooperative ties with China.

There are concerns that Pakistan which is facing a severe shortage of foreign exchange reserves could go down the Sri Lanka way. China recently stepped in to provide USD 2.3 billion to its all-weather ally to shore up its forex reserves.

The state-run Global Times in its editorial on the Sri Lankan crisis on Tuesday said the US and West should not have twisted excitement toward the Sri Lanka crisis asserting that the turmoil was not caused by Colombo’s debt to Beijing.

Sri Lanka is already scarred and cannot bear the pressure and cost of becoming a geopolitical arena. Many research reports have repeatedly demonstrated that Sri Lanka’s current debt crisis is not directly related to Chinese-funded infrastructure investment. Bilateral foreign debt to China only accounts for 10 per cent of Sri Lanka’s total outstanding foreign debt, it said.

The regional security crisis exacerbated by the US and the West has deepened the global development crisis , it said, hoping that the US and western countries can restrain their geopolitical impulses to indulge in great power competition.