Srinagar district turns into hotbed of militancy in Kashmir 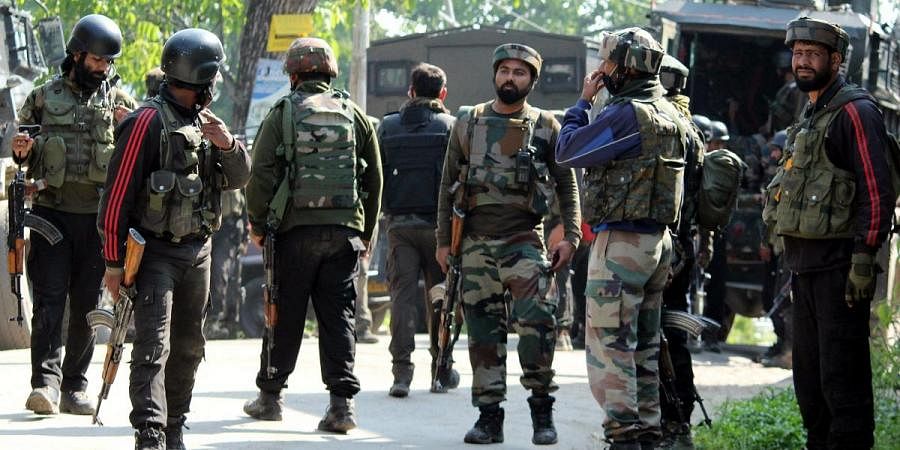 In 2020, according to official data, 20 militants were killed in nine encounters. In 2021, J&K’s summer capital saw around 20 encounters and shoot-outs in and around the city.

Srinagar district has emerged as a hotspot of militancy in Kashmir this year, with a significant rise in the number “encounters” from the “zero militancy” figures and a small number of shoot-outs in 2020 to the highest number of allegedly targeted killings of policemen and civilians, including members of the minority community.

In 2020, according to official data, 20 militants were killed in nine encounters. In 2021, J&K’s summer capital saw around 20 encounters and shoot-outs in and around the city.

Around 34 people, including seven policemen and 14 militants, were killed till December this year in the city, which was declared a “militancy-free zone” with no locally recruited militants in October 2020 by the police.

Five militant recruits from Srinagar were killed in separate gunfights this year, official figures suggest. Of the ten wanted militants listed by the police in March this year, five were from Srinagar.

The biggest challenge for security agencies remained the targeted killings of civilians this year, including members of the minority community and non-local vendors.

Over 30 civilians were killed by suspected militants this year, including five local Hindus and Sikhs, and five non-local labourers or vendors. “Around 22 local Muslims, including a Muslim salesman of a Kashmiri Pandit shopkeeper, were also targeted by militants,” official data said.

Srinagar district witnessed the highest number of civilian deaths at ten, including six members of minority communities, which forced security agencies to deploy personnel at prominent shops owned by Kashmiri Pandits and Hindus for round-the-clock mobile and permanent bunkers.

The killing of four persons, including one “confirmed” militant and three “civilians”, in the Hyderpora encounter cast a shadow over the anti-militancy operations carried out in the city this year.

“The killing of The Resistance Front (TRF) ‘commander’ and recruiter Mohammad Abbas Sheikh, a resident of Kulgam who operated from Srinagar and identified the targets, was seen as an end to the militants’ capabilities to strike in Srinagar. However, Sheikh’s associate Mehran, also killed in the Rambagh encounter recently, managed to carry out attacks in and around the city this year,” an official said on condition of anonymity.

Though official figures suggest that militant recruits in Srinagar are in single digit numbers, the growing number of “militant supporters” has seen “a quantum jump” and “run into dozens”, a source said.

“We have reports that Srinagar at present may have significant presence of small arms, mainly pistols, with militant recruits and their supporters,” a police officer said. “There are fears of more targeted killings in the coming weeks,” another official added.

Jaish-e-Muhammad (JeM), which official figures suggested recruited around 50 persons this year, has also expanded its recruitment network in Srinagar and moved beyond its known axis of Khrew-Tral-Awatipora in south Kashmir, officials indicated.

For the first time in the past two decades, Srinagar saw an increased footprint of security personnel, permanent fortification of bunkers and the setting up of security installations in civilian areas, including marriage halls, akin what was witnessed in the 1990s. Around 3,000 extra paramilitary personnel have been camping in Srinagar since the last three months.