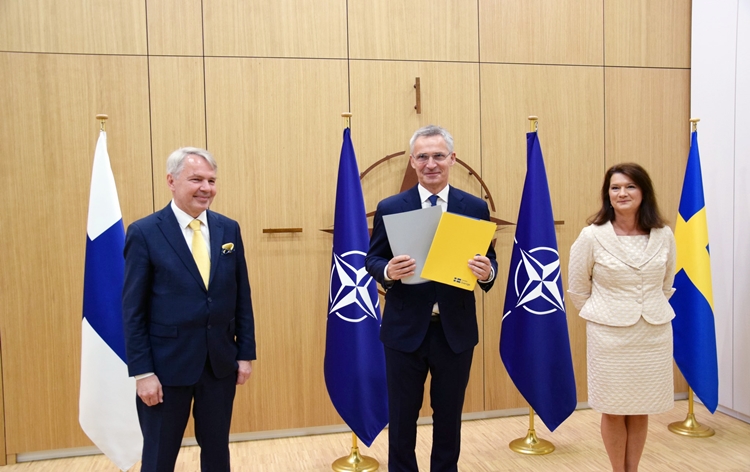 AIR correspondent reports that the signing comes days after the trilateral memorandum between Turkey, Finland, and Sweden. Turkey had initially opposed the Nordic countries’ entry into the group alleging that the two nations are providing shelter to Kurdish separatists. Turkey lifted its opposition at the trilateral summit in Madrid last week based on certain conditions. The signing of the accession protocols marks the start of the ratification process. In a statement, NATO Secretary-General Jens Stoltenberg termed the signing historic.

The 30-member NATO group seeks to promote collective security among its members. The collective defense principle laid out in the NATO charter states that an armed attack against any of its members is considered an attack against them all. NATO membership is open to any European state in a position to further the principles of the Treaty and to contribute to the security of the North Atlantic area. The development is significant coming in the backdrop of the Ukraine conflict. Russia opposes the eastward expansion of NATO and Finland is Russia’s neighbour. Mr. Stoltenberg said that NATO’s door remains open to European as they face what he termed, the biggest security crisis in decades.