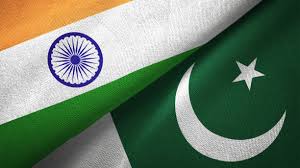 India on Tuesday criticized Pakistan for again raising the Kashmir issue at the UN Human Rights Council (UNHRC), saying the government in Islamabad had failed to tackle terrorism or prevent the “systematic persecution” of religious minorities.

New Delhi’s position was conveyed in response to a speech by Pakistan’s representative at the UN human rights agency following an update on the global human rights situation by UN human rights chief Michelle Bachelet last week. Bachelet had said restrictions on communications in Jammu and Kashmir remained a concern.

“The members of this council are well aware that Pakistan has provided pensions to dreaded and listed terrorists out of state funds and has the dubious distinction of hosting the largest number of terrorists proscribed by the UN,” he said. Pakistani leaders had “admitted the fact that it has become a factory for producing terrorists”, he added.

Turning to Pakistan’s religious minorities, Badhe said: “The council should ask Pakistan why the size of its minority communities such as Christians, Hindus and Sikhs has drastically shrunk since independence and why they and other communities, such as Ahmadiyas, Shias, Pashtuns, Sindhis and Baloch, have been subjected to draconian blasphemy laws, systemic persecution, blatant abuses and forced conversions.”

Holy sites of Pakistan’s religious minorities have been “attacked and vandalised daily”, he added.

Enforced disappearances, extra-judicial killings and arbitrary detentions of those who speak against the security establishment are “rampant in Pakistan and have been carried out by the state’s security agencies with impunity”, Badhe said.

The Indian side also pointed the recent acquittal by Pakistan’s Supreme Court of Ahmed Omar Saeed Sheikh, convicted for his role in the murder of journalist Daniel Pearl, and the disappearance and killings of Baloch human rights activists in other countries. Badhe said this showed that such “human rights defenders are not safe even after they leave Pakistan”.

While accusing Pakistan of deliberately misusing UNHRC for “malicious propaganda against India”, Badhe said Pakistan should stop wasting the time of the council, “stop state-sponsored cross-border terrorism and end institutionalised violation of human rights of its minority and other communities”.

The Indian side also rejected a reference to Jammu and Kashmir in a statement by the Organisation of Islamic Cooperation (OIC) and said it has no locus standi to comment on Kashmir, which is an integral part of India. “It is regrettable that OIC continues to allow itself to be exploited by Pakistan to indulge in anti-India propaganda,” Badhe said.