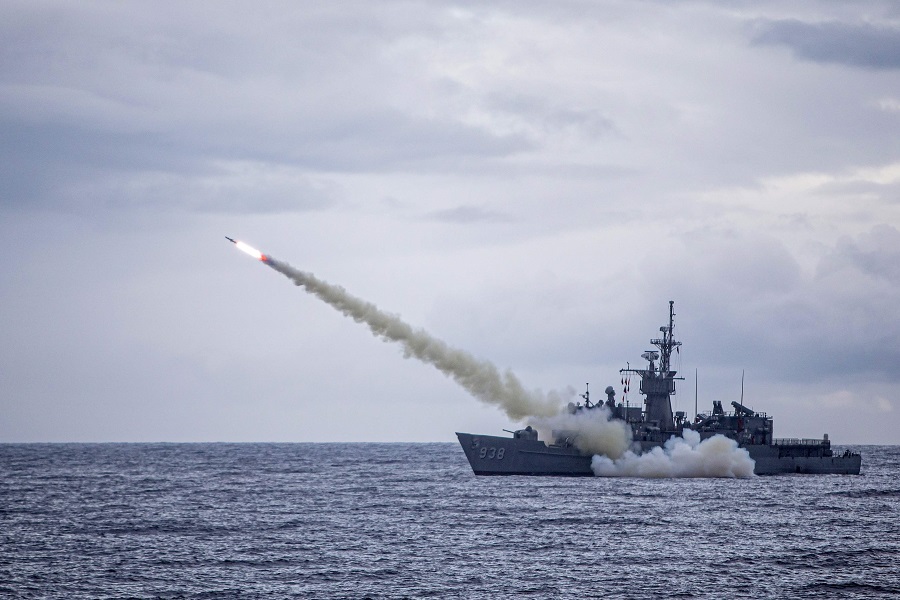 Taiwan has conducted missile drills in its eastern waters, where China is escalating its military activities.

Taiwan’s navy says it conducted the drills over several days this month at a missile base in the southern county of Pingtung, and in the Pacific Ocean off eastern Taiwan.

It says the missiles were launched from the ground, ships and aircraft against hypothetical enemy vessels, and were about 98 percent accurate. It also says a drill to fire a Hsiung Feng II, an anti-ship missile developed by Taiwan, was held for the first time using a new patrol vessel.

The Chinese aircraft carrier Liaoning was deployed off Taiwan’s east this month. More than 300 helicopter departures and landings from the carrier were confirmed.