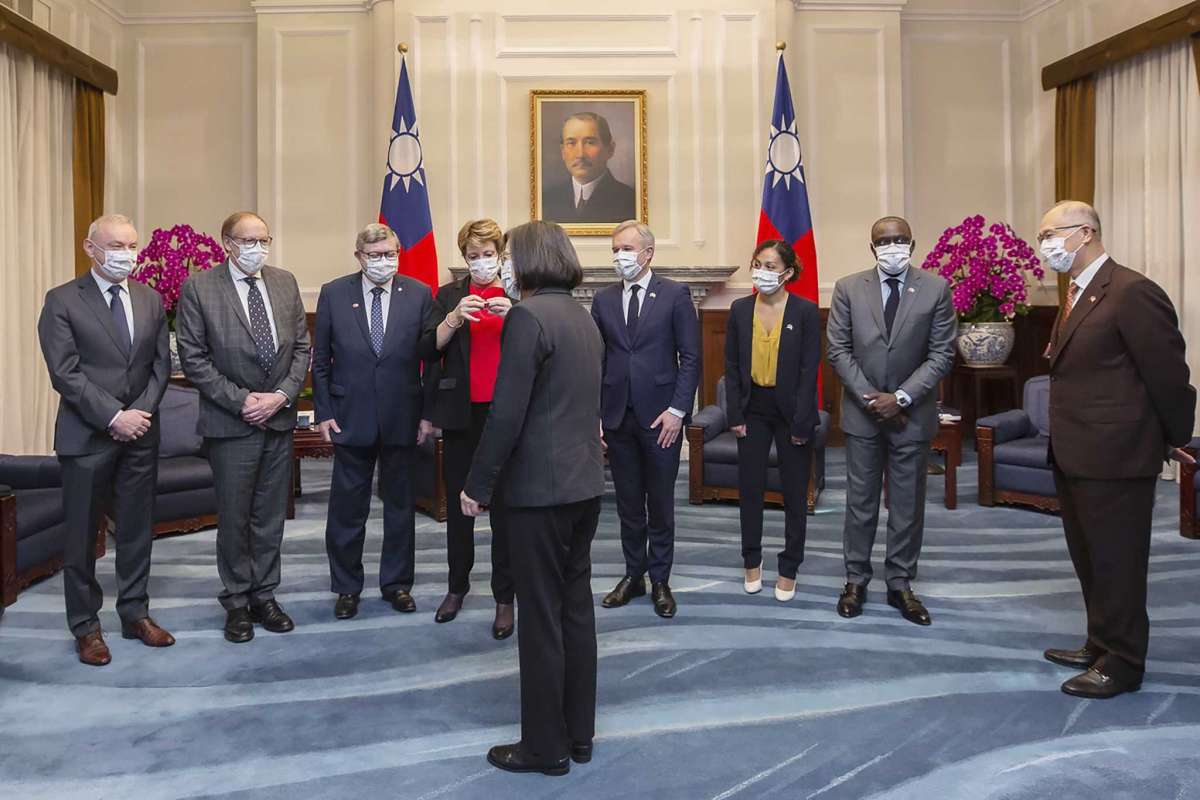 Tsai also said the self-governing island republic would take on greater responsibilities to contribute to regional and global peace and stability.

“Democratic allies should strengthen cooperation when facing challenges such as swift changes in international affairs and expansion of authoritarianism,” Tsai said during the meeting at the Presidential Office Building.

“Taiwan will take on its responsibilities in the international society and expects to contribute more to the Indo-Pacific region’s peace and stability, as well as the world’s prosperity and development, along with France and other like-minded partners in the European Union,” she said.

The visit by the six members of the French National Assembly offers a valuable opportunity for Tsai to address an international political audience in the face of China’s efforts to isolate the island it claims as its own territory with no right to diplomatic recognition.

Chinese pressure has reduced the number of Taiwan’s diplomatic allies to just 14.

Francois de Rugy, who heads the France-Taiwan Parliamentary Friendship Group, said the French government had been positive about moves to strengthen ties between the sides.

He presented Tsai with a copy of a resolution overwhelmingly adopted last month by the Assembly supporting Taiwan’s participation in international bodies such as the International Civil Aviation Organization, Interpol, the UN Framework Convention on Climate Change and the World Health Assembly.

The National Assembly aims to “encourage a constructive regional dialogue in order to ensure peace and dialogue over the Taiwan Strait,” de Rugy told Tsai.

The French delegation is the second to visit Taiwan in recent months, following one led by Sen. Alain Richard in October, during which they met with Tsai, Taiwanese economic and health officials and the Mainland Affairs Council overseeing exchanges with China that have been all but suspended by Beijing.

China sought to have that visit called off, despite it being part of regular parliamentary exchanges that had been ongoing for years.

Despite Chinese pressure, Taiwan has been stepping up exchanges with countries that don’t officially recognize it as a country, often bringing a furious response from Beijing.

Beijing punished Lithuania, which like France is a member of the European Union, after it agreed to allow Taiwan to set up a representative office in the capital Vilnius under the name “Taiwan” rather than “Chinese Taipei,” as Beijing prefers.

Beijing slapped a trade embargo on the Baltic state and has threatened multinationals that do business with it. It also withdrew its ambassador to Vilnius and expelled the Lithuanian ambassador to Beijing.