Taliban claim they have ‘right’ to speak for Muslims in Kashmir 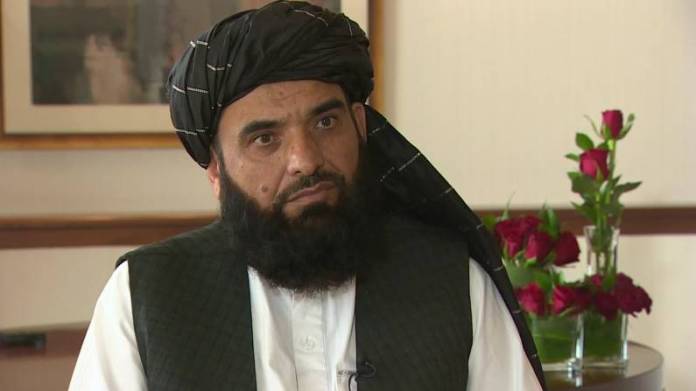 Days after Taliban leadership said they wanted a cordial relationship with India and Pakistan, the group’s spokesperson Suhail Shaheen claimed that they “have the right” to speak “for Muslims in Kashmir

Speaking to BBC Urdu Suhail Shaheen said, “We have this right, being Muslims, to raise our voice for Muslims in Kashmir, India, and any other country.”

“We will raise our voice and say that Muslims are your own people, your own citizens. They are entitled to equal rights under your laws,” he was quoted as saying.

Earlier, a top Taliban leader Anas Haqqani had said the group would not interfere with the Kashmir issue and called for an amicable relationship with India.

In an interview with CNN News18, Haqqani said, “Kashmir is not part of our jurisdiction and interference is against the policy. How can we do against our policy?”

The development came days after a meeting between the Taliban and the Indian government. In the first formal and publicly acknowledged contact, India’s Ambassador to Qatar Deepak Mittal met senior Taliban leader Sher Mohammad Abbas Stanekzai.India conveyed its concerns that Afghanistan’s soil should not be used for anti-Indian activities and terrorism. Following the meeting, the Taliban was reported as saying that they did not want to get involved in the issues between India and Pakistan.

The Ministry of External Affairs said the discussions also focused on the safety, security, and early return of Indian nationals stranded in Afghanistan and the travel of Afghan nationals, especially members of minority communities to India.

The meeting took place at the Indian embassy in Doha at the request of the Taliban side and came two weeks after the outfit seized control of Kabul. The MEA said the Taliban representative assured the ambassador that “these issues” would be positively addressed.

Taliban leader Mohammad Abbas Stanikzai had earlier said Afghanistan should not be dragged into the internal fight between India and Pakistan. He also reiterated that the country wanted good relations with all neighbours.

India has enjoyed friendly diplomatic ties with Afghanistan for a long time. This was why India played an active role in the nation’s rebuilding process in Afghanistan over the past two decades. India provided much-needed developmental assistance — both in terms of investments and bilateral trade — to the country.

Afghanistan has always been crucial for India’s strategic interests in South Asia. After Afghanistan was left ravaged in 2001, India helped the country build roads, schools, hospitals, dams, and many other crucial projects that helped shape the country’s future.

Afghanistan is one of the few countries where India has delivered many functional projects, including the Afghan Parliament building that was inaugurated by Prime Minister Narendra Modi in 2015. The cost of building it was estimated at $90 million.