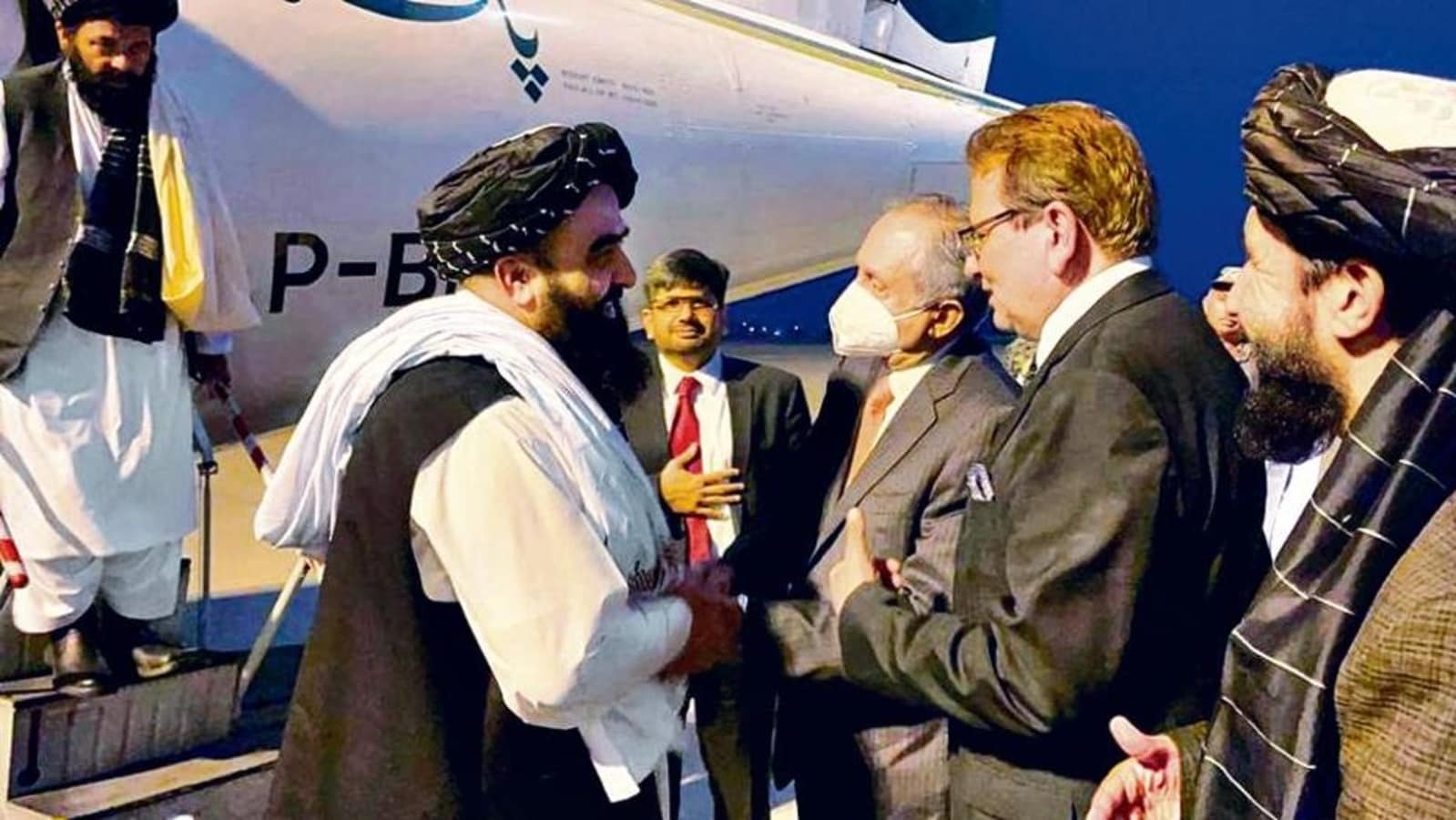 Days before the Taliban’s acting foreign minister Amir Khan Muttaqi embarked on a visit to Pakistan on November 10, one of his aides reached out to an intermediary to ascertain whether there were any India-related issues that should be raised in Islamabad.

The aide from Muttaqi’s office also wanted to ascertain from the intermediary whether there were any sensitivities that should be kept in mind in the Taliban foreign policy chief’s maiden engagement with the Pakistani leadership, people familiar with the matter said on condition of anonymity.

Muttaqi’s aide was informed about the need to take up with the Pakistani leadership the offer made by India several weeks ago to supply 50,000 tonnes of wheat to Afghanistan, and the pressing need to make travel arrangements for hundreds of Afghan citizens stranded across India since the fall of the Ashraf Ghani government in August, the people said.

Pakistan had not responded to India’s proposal to ship the wheat to Afghanistan via the Wagah land border crossing in the absence of direct flights.

The Taliban delegation led by Muttaqi, which was in Pakistan for three days, raised both issues with top leaders such as foreign minister Shah Mahmood Qureshi and Prime Minister Imran Khan. As a result, Khan announced on November 22 that his government would allow the shipment of the Indian wheat as soon as modalities were worked out by Islamabad and New Delhi.

Khan said Pakistan would also facilitate the return of Afghans who had gone to India for medical treatment and were stuck there.

This outreach by Muttaqi’s camp and the Taliban’s balanced response to the November 10 meeting of senior security officials of seven countries, including Iran and Russia, that was convened by India are being seen in some quarters as an attempt by the Taliban to strike a balance in their attempts to forge relations with Pakistan and India.

Taliban spokesman Zabiullah Mujahid had said the first regional meeting on Afghanistan convened by India was in the “better interest of Afghanistan” and reiterated the group’s policy on not allowing Afghan soil to be “used against any country”. The Taliban, he added, had no “objection or anxiety” about the meeting.

“Though we are not present in this conference, we firmly believe this conference is in the better interest of Afghanistan…and the participating countries also must be thoughtful of improving and safeguarding the security situation in Afghanistan and helping the current government to ensure security in the country on its own,” Mujahid said.

One of the people cited above said: “It is difficult to gauge their sincerity but they do seem to be going through the motions to create an impression that they want a balance between Pakistan and India. It also suits the Taliban to be seen as not completely reliant on Pakistan.”

The Indian side, which had opened channels of communication with sections of the Taliban leadership last year, has made it clear it is in no rush to give legitimacy or recognition to the Taliban setup. New Delhi has insisted that Afghanistan must not be used for planning or executing terror attacks on other countries and an inclusive government must be formed in Kabul.

Participating in an online event organised on Wednesday by the Indian Chamber of Commerce, foreign secretary Harsh Shringla described the Indian side’s conversations so far with the Taliban as “very reassuring” but also listed the world community’s continuing concerns on Afghanistan.

Though the rapid developments in Afghanistan amounted to a setback, he said: “We have also established some contact with the Taliban both in Doha as well as in Moscow in the talks, and I think the Taliban in our conversation with them have been very reassuring. They have recognised that India has contributed greatly to the people of Afghanistan, that our developmental projects over the last 20 years have greatly contributed to Afghanistan’s development.”

He added the Taliban “want us to provide humanitarian assistance, they want us to re-establish our embassy there. So they have said good things, which is a good start.”

India, Shringla said, will now “have to see how best to protect our interests, make the best of a difficult situation”, and also make sure the country is “not in any way vulnerable to the new strategic realities” of the region. He referred to the UN Security Council resolution 2593 on Afghanistan and said it lays down the international community’s expectations of the Taliban.

“One is an inclusive negotiated political settlement, the second is that its territory should not be used against the detriment of any others, the third is that they should provide humanitarian access, the fourth is that there should be no human rights abuses on women, children and minorities,” he said.