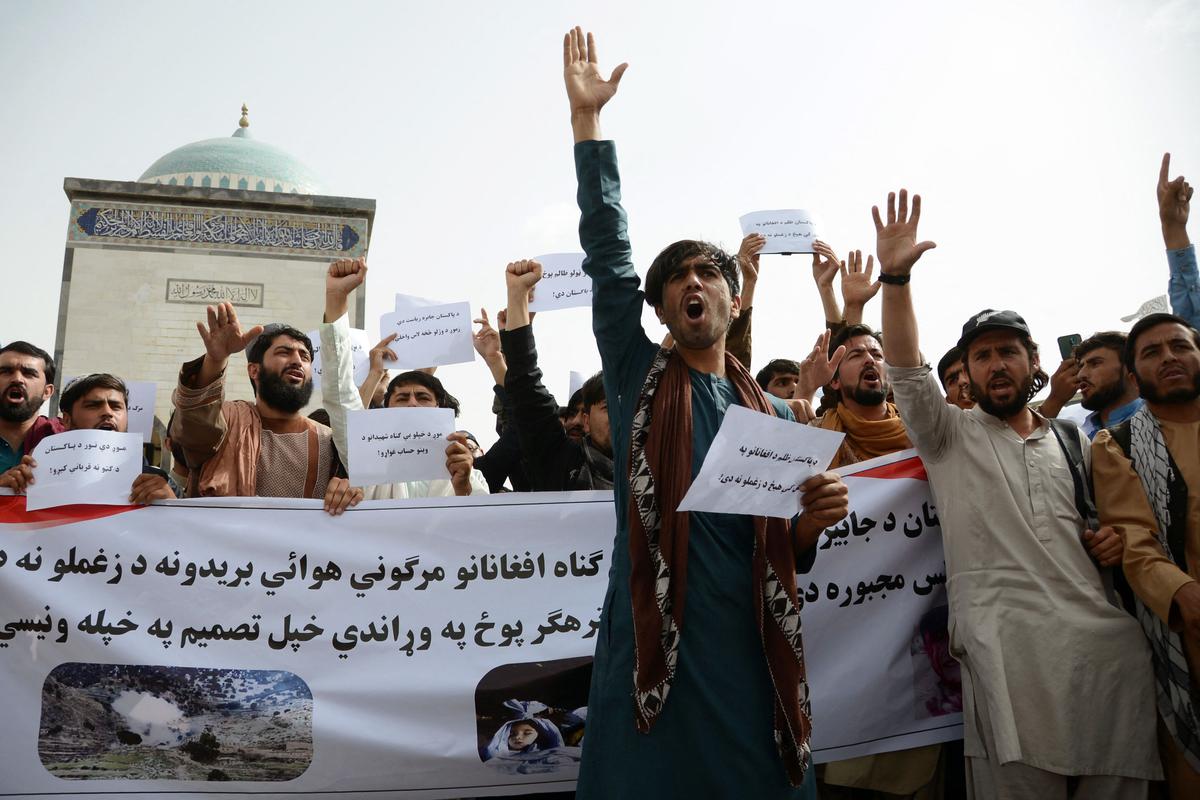 The Taliban-led government in Afghanistan has started taking steps to shift terrorist groups away from the regions bordering Pakistan following a series of recent cross-border attacks that killed nearly a dozen Pakistani soldiers and prompted a strong reaction from Islamabad, a media report said on April 25.

Pakistan, in recent months, has been increasingly frustrated by the Taliban government’s reluctance to eliminate the terrorist groups, including the banned Tehreek-e-Taliban Pakistan (TTP). The Taliban leadership is not ready to take action partly because these groups fought alongside the Taliban against the U. S.-led foreign forces and also share the same ideology.

A senior Pakistani official familiar with the development told The Express Tribune on Sunday that after the recent spate of cross-border attacks, Pakistan conveyed in clear terms to the Taliban leadership to take action against the terrorist groups or face the consequences.

“Some of the groups have already been moved out of our border regions,” said the senior official, who deals with the issue. “Pakistan though does not agree with the approach, it accepts the Taliban’s decision to at least stop the immediate cross-border attacks,” said the official who did not want to be identified.

“Our demand is clear that these groups must be eliminated or dealt with in a manner that they never pose threat to us again,” the report quoted the official as saying.

After that attack, Pakistan reportedly carried out airstrikes in the Kunar and Khost provinces of Afghanistan to eliminate the terrorist hideouts. The foreign office in Islamabad had issued a strong statement in response, condemning the cross-border terrorist attacks. The strongly-worded statement said terrorists were using the Afghan soil with impunity and urged that the Taliban leadership take stern action against them.

Pakistan has been fencing the 2,600km border with Afghanistan since 2017 to end terrorist infiltration and smuggling, despite intense opposition from the neighbouring country. Besides the erection of a fence, the project also includes the construction of border posts and forts and the raising of new wings of the Frontier Corps, the paramilitary force that guards the border.

When the Taliban returned to power last year, Pakistan hoped that the new dispensation would deal with these terrorist groups. Despite promises, the Taliban have not yet taken decisive action to fulfil their commitments, the official said. “It only makes their [Taliban] case difficult as far as the recognition is concerned,” the official said.

Other officials have also warned that such an approach would only make matters worse for the Taliban government, which needs international recognition and support to revive Afghanistan’s economy.