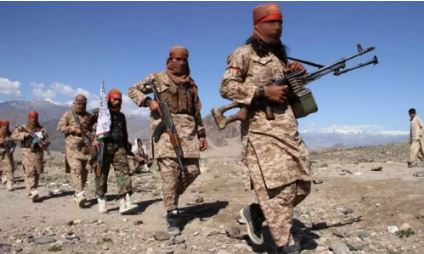 The speedy advance of the Taliban from northern Afghanistan to Kabul in the eastern section of the country could not have been achieved without the active support of the Pakistani Army. This has been confirmed by none other than the Afghan First Vice President Amrullah Saleh. The question is whether the people of Afghanistan, India, and neighbouring countries will allow Taliban to capture Kabul?

India is faced with a very tricky situation. Despite the Afghan government’s appeals to India to immediately send fighter jets and gunship helicopters India remains hesitant, and not without reason.

India fears that at this stage in the war in Afghanistan between the Taliban and the government of President Ashraf Ghani if she openly takes sides with the latter, then Indian interests in Afghanistan will become the target of Taliban violence and destruction. Hence, India’s backdoor channel talks with the Taliban have been reportedly taking place.

If one takes a closer look at the chain of events of the past few months it becomes even clearer that Pakistan has been deceiving India and the wider world when it comes to her war policy regarding Afghanistan. The ceasefire between India and Pakistan that came into force after the DG MOs meeting of respective countries took place on February 25, uncannily, coincides with the beginning of the second round of talks between Afghan and Taliban negotiators in Doha on January 9 which took place in the backdrop of former US President Donald Trump’s announcement that al Afghan troops would be withdrawn from Afghanistan by May 1.

Then came the bombshell announcement by US President Joe Biden that the troops will be completely withdrawn from Afghanistan by September 11. Between May and June Pakistan has been acting as Taliban’s Foreign Affairs Ministry trying to build a soft image of Taliban.

Pakistani federal ministers now publicly claim that the Taliban might wear baggy dresses but they have intelligent brains (Shah Mahmood Qureshi’s statement) and that the current Taliban leadership is a moderate one (statement of Interior Minister Sheikh Rashid Ahmed) compared to the Taliban of 1996 when they publicly displayed the bodies of the slain Afghan president Najeeb Ulla and his brother.

Most notably Imran Khan refused to allow US airspace to attack Taliban if they become a challenge for Ghani. In June, Pakistan began to send drones to confuse as a warning to India of the Pakistan army’s preparedness in case India thought that all was hunky-dory. The purpose was to keep India engaged on the LoC and keep her busy deciphering the purpose of drone attacks. Meanwhile, Pakistani generals began to redeploy their troops to northern parts of the country.

Under the current circumstances, the only way to secure a possible victory for the Afghan people and the government in Kabul would be to transform the patchy resistance offered to the Taliban by armed militias into a full-fledged civil war. Secondly, given the evidence of Pakistan’s involvement in providing logistic and strategic support to the Taliban against the legitimate government of Afghanistan, Ghani should declare war on Pakistan without further delay and send troops into both Khyber Pakhtunkhwa (KP) and Baluchistan simultaneously declaring the Durand line a falsely divide between Afghanistan with Pakistan occupied KPK and call for the reunification of the forcefully separated Pashtun people.

Meanwhile, the Pashtun Tahafuz Movement in KP led by Manzoor Pashteen, Mohsin Dawar and Ali Wazir should step forward and up the game of freedom from Pakistan by joining the Afghan armies in the same way that the Pakistan army is collaborating with the Taliban. The Baloch liberation forces should also be facilitated to join the extended war against Pakistani military occupation.

India must become aware of the fact that Pakistan sponsored games being played by the use of Taliban will not stop at Kabul and that their next stop will be Kashmir and Kerala. Pakistan will make sure that no stone remains unturned in its endeavour to renew insurgency in Kashmir. The Talibanisation of Kerala over the past years is not a matter of coincidence but a well thought out strategy of Pakistani jihadi military.

Once the Taliban take over Kabul, jihadis in Kerala could conveniently be used by Pakistan as a tool to stretch Indian security beyond their capacity by launching country-wide acts of jihadi terrorism. Hence, India must consider the withdrawal of US troops and the rapid advance of the Pakistan sponsored Taliban as a warning of what might come. And in a pincer movement, both India and Afghanistan should confront Pakistan and ensure the safeguard of not only their own people but also of the wider regional community.