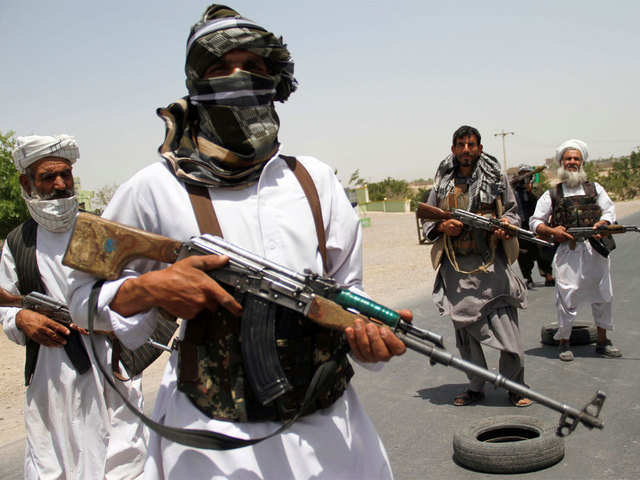 According to reports, the new Taliban government has removed Uyghur militants near its border with China.

The Uyghur militants reportedly belong to the Turkestan Islamic Party (TIP). Taliban spokesman Mohammad Naeem had earlier declared that Afghanistan “will not be used against any country’s security”.Afghanistan shares a 76-kilometre border with China which runs along the restive Xinjiang region where China has reportedly opened “re-education” camps against Uyghurs

Reports claim the TIP militants were located in Afghanistan’s Badakhshan province which runs along China’s border. They have reportedly been moved to other areas including those who were in Nangarhar.

China fears the short border along Xinjiang could become a staging ground for Uyghur militants. Taliban had declared earlier that it was ready to enter China’s Belt and Road Initiative(BRI) as the Xi government promised to ensure aid and vaccine assistance to the new Taliban government.

China had openly expressed its support for economic development and investment for Afghanistan soon after the Taliban took control of Kabul while expressing its intention to further “friendly and cooperative” relations with the new regime.

China’s foreign ministry had said, “The Taliban have repeatedly expressed their hope to develop good relations with China,” while asserting that it was willing to participate in the country’s “reconstruction and development”.

The Taliban reportedly had links with the Uyghur militants in the 1990s during its rule, however, it did not hand the fighters to China at the time, reports claim.

China has consistently denied it carries out atrocities against Uyghurs even as the reports say there are at least over a million ethnic Uyghurs in Chinese internment camps in Xinjiang.

According to a UNSC report, TIM also called the East Turkestan Islamic Movement (ETIM) seeks to establish a “Uighur state” in Xinjiang and “facilitates the movement of fighters from Afghanistan to China”. The UNSC report claimed TIM in Afghanistan had “focused primarily on actions targeting China”