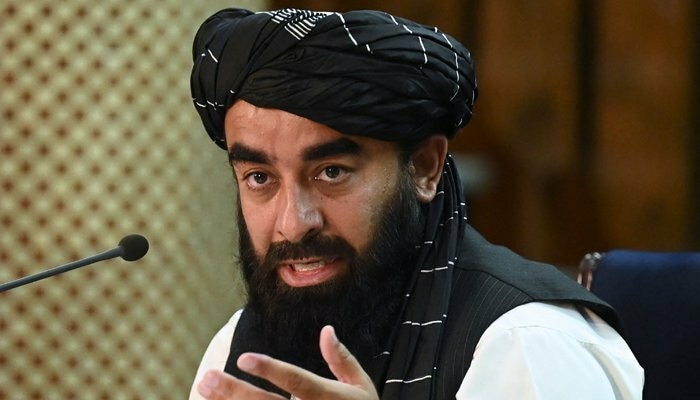 The Taliban on Sunday warned Pakistan over the recent airstrikes on the Khost and Kunar provinces of Afghanistan in which more than 40 civilians lost their lives, news agency ANI reported.

Zabiullah Mujahid, the deputy minister of information and culture said,” Pakistan should not test the patience of the people of Afghanistan or else should be ready to face the aftermath.”

“We are trying our best to resolve the issue through diplomatic channels and negotiations. Such acts will create tension between Pakistan and Afghanistan which will lead to conflicts that are in favour of no one,” Mujahid, who is also the chief spokesperson of Taliban, said.

Condemning Pakistan’s recent airstrikes, Mujahid said that repetition of such moves will have dire implications, ANI quoted The Khaama Press.

On Saturday, the foreign ministry of the Taliban regime summoned Pakistan’s Afghan envoy Mansoor Ahmed Khan in Kabul and asked for the prevention of such strikes in the future.

Pakistan’s aircrafts bombed civilians’ homes in the Spera district of the southeastern Khost province killing at least 60 civilians, said The Khaama Press. The Pakistan’s foreign office has neither confirmed strikes , nor addressed if they were carried out by aircraft, which would be the first time a military incursion is officially confirmed. The Pakistan’s embassy in Kabul denied it carried out air strikes.

Islamabad on Sunday said that the incidents of its security forces being attacked from Afghanistan had risen, and asked the Taliban authorities to act against perpetrators.

“Terrorists are using Afghan soil with impunity to carry out activities inside Pakistan,” said the Foreign Ministry statement that was unusually harsh in its language, AP reported.

The airstrikes came days after seven Pakistani soldiers were killed in North Waziristan. The area borders the eastern Afghan province where the airstrikes are said to have taken place.

Taliban, which retook control of Afghanistan last August after the US troops left the war-torn country after 20 years, said they had controlled cross-border attacks.

The United Nations Assistance Mission in Afghanistan (UNAMA) expressed concern on the incident.

“UNAMA is deeply concerned by reports of civilian casualties, including women and children, as a result of airstrikes in Khost & Kunar provinces,” the body said on Twitter, adding it was working to establish the facts and verify losses.