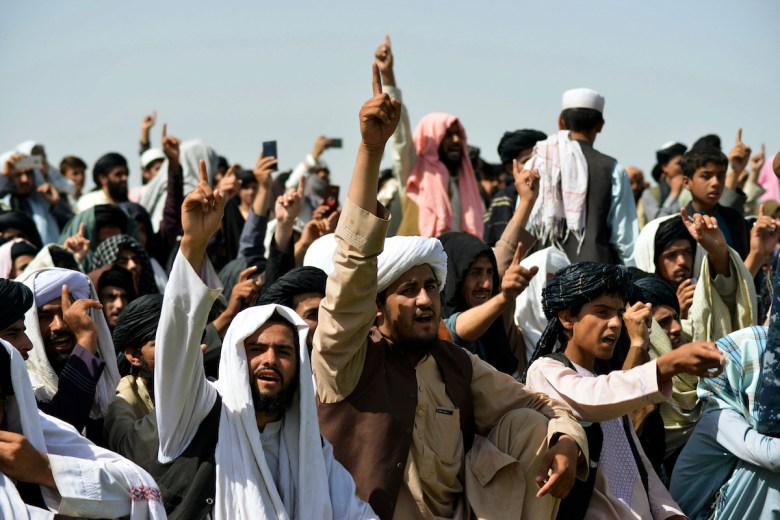 Soon after the Taliban swept into power in Kabul, the aligned Tehreek-e-Taliban Pakistan (TTP) insurgent group ramped up its attacks across the border on the Pakistani state.

While the Afghan Taliban has persistently denied that TTP serves as its rebel proxy, the former exercises significant influence over the latter, evident in the Afghan Taliban’s official “mediating” role between the TTP and Islamabad in recent weeks.

Some saw Pakistan’s recent push at the Organization of Islamic Cooperation (OIC) summit held in Islamabad to recognize the Afghan Taliban government as part of a wider negotiation on TTP, few believe the strategy will produce Pakistan’s desired result

TTP is fighting for an Islamic state under sharia law in Pakistan, similar to the “Islamic Emirate” the Afghan Taliban just established in Kabul.

Despite its loyalties to the Afghan Taliban, TTP also has strong ties to Islamic State-Khorasan (ISIS-K), which was born largely from disaffected TTP members.

ISIS-K and the Afghan Taliban are at loggerheads; TTP and ISIS-K are notably not in conflict, with ISIS-K even recently releasing statements of support for TTP. This connection, depending on how it evolves in the months ahead, could have big security implications in the region and beyond.

According to a US intelligence assessment cited by the Carnegie Endowment for International Peace think tank, the ISIS-K could be capable of mounting an attack on the West, including in the United States, in the near future.

It was thus lost on few when TTP’s leadership recently threatened to switch loyalties from the Afghan Taliban to ISIS-K if the former pushed too hard for a peace deal with Pakistan. The 2020 US Country Reports on Terrorism mentions a direct ideological affinity between the TTP and al-Qaeda as well, the Carnegie Endowment noted in a recent report.

That means TPP, with several thousand fighters and strongholds on both sides of the Afghanistan-Pakistan border, can likely continue to wage its war on Islamabad with or without Kabul’s support.

The Taliban’s victory in Afghanistan has reinvigorated TTP’s attacks in Pakistan. According to the data compiled by the Pakistan Institute for Peace Studies, TPP carried out 44 attacks and killed 73 people in Pakistan between July and September 2021.

Most recently, two soldiers were injured and a military vehicle was destroyed on Wednesday (December 22) after TTP detonated a bomb near the Drabin police station in Dera Ismail Khan district.

It marked the 21st attack by TTP following the end of a ceasefire agreement that was not renewed after a month at the end of November. TTP claims Pakistan broke the terms of the agreement by failing to release its jailed fighters and rounding up more of them during the brief cessation of hostilities.

The ceasefire’s failure shows TTP remains focused on a military victory not political settlement, and that the Afghan Taliban are unable – and likely unwilling – to control a group that is its ideological mirror.

Since July 2020, ten militant groups opposed to the Pakistani state merged with TTP, including, among others, three Pakistani affiliates of al-Qaeda and four major factions that had separated from the TTP in 2014.

Following these mergers, TTP violence has become more frequent, and this violent streak continues to accelerate as a result of the Afghan Taliban’s takeover in Kabul in August 2021.

Following in the Afghan Taliban’s footsteps, TTP adopted a more centralized bureaucratic and less tribal organizational structure in 2020, in which it has appointed shadow governors for different regions of Pakistan and announced the group’s first-ever centralized military training system.

The Afghan-Taliban mediated talks are thus unlikely to produce meaningful results not only because the TTP remains ideologically predisposed to sharia law but also because the Afghan Taliban’s mediation naturally favors the TTP – a position rooted in the fact the TTP directly aided the Taliban’s post-9/11 resurgence and subsequent long war against the US.

According to one Pakistani diplomatic official who requested anonymity, the Afghan Taliban “are unlikely to just eliminate the TTP” because “many of the TTP fighters who fought alongside the Afghan Taliban developed a kind of brotherhood that the Taliban leadership is extremely unlikely to break for Pakistan.”