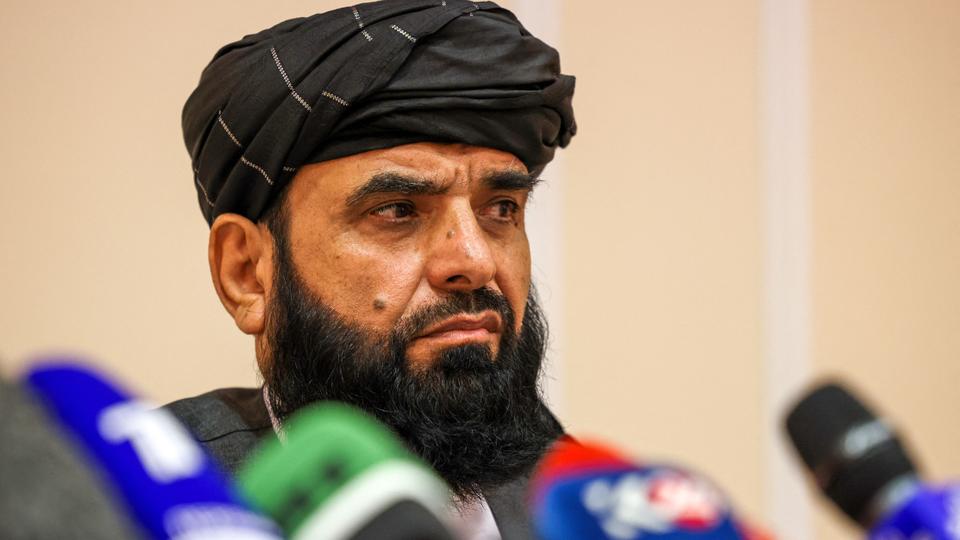 The Taliban’s newly appointed envoy to the United Nations on Wednesday urged quick world recognition of Afghanistan’s new rulers even as the World Health Organisation raised the alarm of an impending health care disaster in the war-wracked country.

The humanitarian crisis is one of the many challenges the Taliban face since their takeover of Afghanistan last month, including renewed threats from the militant Islamic State group, which recently stepped up its attacks, targeting members of the Taliban in its stronghold in the country’s east.

The World Health Organisation said Afghanistan’s health system is on the brink of collapse and that urgent action is needed. The statement followed a recent visit to Kabul by a WHO team led by the agency’s director-general, Tedros Adhanom Ghebreyesus, who also met with Taliban leaders and others.

“The country faces an imminent humanitarian catastrophe,” WHO said, adding that thousands of health facilities are without funding for medical supplies and salaries for health staff.“Many of these facilities have now reduced operations or shut down, forcing health providers to make hard decisions on who to save and who to let die,” WHO said and also emphasized “the need for women to maintain access to education, health care, and to the health workforce.”

Griffiths warned that “allowing Afghanistan’s health-care delivery system to fall apart would be disastrous.” People across Afghanistan, he added, “would be denied access to primary health care such as emergency caesarian sections and trauma care.”

Earlier, the Taliban had written to the United Nations announcing that Suhail Shaheen, a former peace negotiator and spokesman for the Taliban political office, is their new UN representative . They requested that Shaheen be allowed to address the UN General Assembly underway in New York.

“We have all the requirements needed for recognition of a government. So we hope the UN as an neutral world body recognize the current government of Afghanistan,” Shaheen told The Associated Press on Wednesday.

Afghanistan is listed as the final speaker of the ministerial meeting on Monday, and if no world recognition of the Taliban comes by then, Afghan Ambassador Ghulam Isaczai will give the address.

Isaczai is currently recognized as his country’s U.N. ambassador but the Taliban, who overran most of Afghanistan last month as the US and NATO forces were in the final stages of their chaotic withdrawal from the country, argue that they are now in charge and have the right to appoint ambassadors.

Since they swept to power and Afghan President Ashraf Ghani fled the country, the Taliban have appointed an all-male Cabinet made up mostly of hard-liners from when they previously ruled Afghanistan in the late 1990s, including several people on the UN sanctions list.

Among those on the so called UN “black list” is Amir Khan Mutaqqi, the Taliban foreign minister and the author of the letter to the UN requesting Shaheen address the General Assembly.

The decision rests with a UN committee that generally meets in November and will issue a ruling “in due course,” the General Assembly’s spokeswoman Monica Grayley said Wednesday.

Meanwhile, attackers hit vehicles with Taliban fighters in eastern Afghanistan on Wednesday, witnesses said, killing at least two fighters and three civilians. In one attack, gunmen opened fire on a Taliban vehicle at a local gas station in the provincial capital of Jalalabad, killing two fighters, a gas station attendant and a child.

A second child was killed and two Taliban fighters were wounded in a bombing of another Taliban vehicle. A third attack, also a bombing of Taliban vehicle in Jalalabad, wounded a person nearby but it was unclear if that person was a Taliban member or a civilian, the witnesses added, speaking on condition of anonymity for fear of Taliban retribution.

No one claimed immediate responsibility for Wednesday’s attacks, although the Islamic State group, which is headquartered in eastern Afghanistan, has said it was behind similar attacks in Jalalabad last week that killed eight people.

The Taliban and IS are enemies, and the attacks have raised the specter of a wider conflict between the long-time rivals.