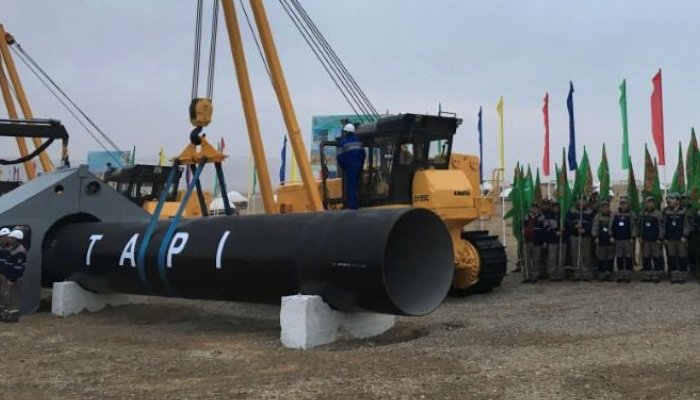 Meanwhile, some economists say that the implementation of the TAPI project will provide job opportunities for around 12,000 people in Afghanistan, according to Tolo News.

The Taliban say that the practical work of the TAPI project will begin in the near future and all the preliminary work has been prepared for its implementation.

Bilal Karimi, the deputy spokesman for the Taliban, said that work on the security and financial sectors of the project has been partially completed and that practical work on the project will begin as the weather warms up.

The TAPI project should be implemented in a good way, and the Islamic Emirate is well prepared for its financial part. From our side, its technical and logistical problems have been solved,” he said.

“The TAPI project is one of the biggest projects in the whole region, we are very sorry that we have not been able to start this project in the last few years. We all know that it has great benefits for the people of Afghanistan,” said Mansour Hedayat, an economist.

“The Taliban are now controlling the situation of Afghanistan, the obstacles have been removed and they are expected to play an important role in this project by using all the necessary means,” said Shakir Yaqoubi, an economist, as noted by Tolo News.

Meanwhile, Afghanistan is part of the Turkmen gas pipeline project to Pakistan and India, and it is expected that Afghanistan will earn about USD 400 million a year for allowing transit across its territory.

Also, Turkmen officials expressed optimism about the future of the project after a meeting three weeks ago with the head of the Afghanistan foreign minister Amir Khan Muttaqi, according to Tolo News.