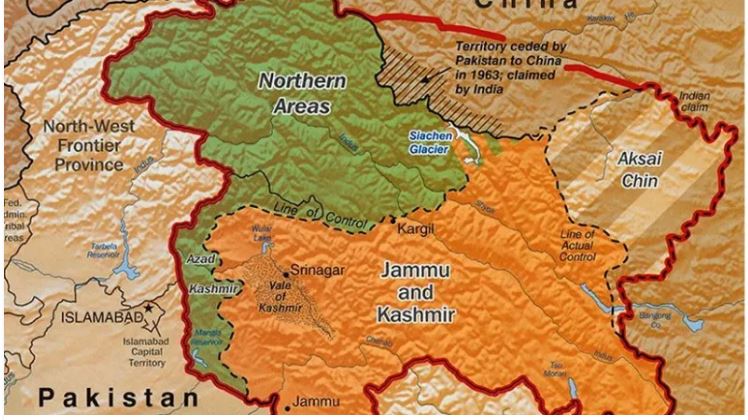 The killing of three Pakistan-backed Lashkar-e-Taiba [LeT] terrorists [including self-styled LeT commander Lateef Rather] in the Waterhail area of Budgam district in Central Kashmir is indeed a major success for the security forces and J&K police. What makes this operation all the more special is that despite being undertaken in a populated area, security forces neutralised these terrorists without suffering any casualties or causing collateral damage

Extinction of Rather is undoubtedly a remarkable achievement-not only because of his active involvement and direct complicity in several heinous acts of terrorism, but also because he was able to successfully evade arrest/extermination for nearly a decade. At a time when the average ‘active life expectancy of a terrorist in J&K is barely one year, Rather’s ‘longevity’ was obviously a matter of great concern for the security forces.

So, while Rather’s name was high on the J&K police wanted list of terrorists, it shot up several notches after he was conclusively identified as the one personally responsible for murdering innocent civilians at the behest of his Pakistani masters. Amongst his hapless victims were a Kashmiri Pandit named Rahul Bhat and a female Kashmiri Muslim artiste Amreen Bhat. Both the deceased were in their mid-thirties.

To the uninitiated, these may appear to be random killings. However, those closely following the Pakistan army’s ongoing proxy war in Kashmir would unanimously agree that selection of these seemingly un-associated ‘targets’ has the typical hallmark of the Pakistan army’s spy agency Inter-Services Intelligence [ISI] sinister strategy of trying to create mayhem and destroy Kashmir’s pluralistic and tolerant culture by its two-pronged of inciting communal disharmony and promoting fundamentalist ideology in Kashmir Valley.

On May 12, Rahul Bhat, employed in the revenue department at Chadoora in Budgam district was at his desk, engrossed in official work when Lateef Rather, accompanied by an associate entered the office premises and walked up directly to Bhat, shot him dead at point-blank range. The tragedy is that a young life was extinguished merely to terrorise Kashmir’s indigenous Pandit community and convey the message to them that they weren’t welcome back!

The irony is that even though his family was compelled to leave their ancestral home in Budgam district’s Beerwah village due to the forced exodus of Kashmiri pandits orchestrated by fundamentalist Islamic terrorists in 1990 and take refuge in Jammu when selected for a job in the same district, Bhat chose to return. He perhaps may have felt that since Budgam district happened to be home ground where his family had co-existed harmoniously with their Muslim brethren for centuries, he would be safe in Chadoora.

But this was not to be!

Amreen Bhat’s case is equally tragic and intriguing. Chadoora [Budgam district] resident Ms. Bhat was a spinster, who besides being a local TV artiste, was quite active on social media and ever since 2007, had been regularly posting her music videos online. The content of her videos was sober and they never violated religious edicts or any cultural/social norms. Since Amreen took due care to ensure that contentious issues never featured in her videos or social media posts, no one had ever expected that she would end up being murdered by a fellow Kashmiri who had sold his conscience to his mentors across the Line of Control [LoC].

Ms. Bhat lived with her father and other family members in Budgam’s Hushroo village on the outskirts of Srinagar. On May 26, LeT commander Rather accompanied by his indispensable sidekick came looking for Amreen. He asked her 11-year-old nephew [who was just leaving the house on an errand] to call for Amreen.  When she came out, Rather briefly engaged her in conservation before whipping out a pistol and shooting her at point blank range. Despite her grievous injuries, Amreen managed to stagger back into her house, but the heartrending sight of a profusely bleeding lady gasping for dear life didn’t move the bloodthirsty Rather. Following her inside, he shot her again and after ensuring that she was dead, fled the scene like a coward.

Even if one was to apply the most skewed fundamentalist standards, there still can’t be any justification whatsoever for Amreen’s cold-blooded murder by one who claims to be a ‘mujahideen’ [Islamic warrior]. So, why was she killed? As Amreen was no threat to the pro-Pakistan camp in Kashmir, her murder was most probably an attempt at giving an impetus to growing Islamic fundamentalism in Kashmir being championed by the likes of Dukhtaran-e-Millat [Daughters of the Nation] chief Asiya Andrabi.

The reassuring part is that those perpetrating targeted killings in Kashmir Valley are efficiently being hunted down by security forces and the local police. Take the case of Rather who had survived for so long but was finally corned and eliminated within three months after he had brutally murdered Bhat and Amreen. While security forces and intelligence agencies deserve due credit for neutralizing this bloodthirsty fiend, there are all reasons to believe that it was public anger against targeted killings of innocents that contributed immensely to this achievement.

The grapevine in Kashmir Valley is abuzz with rumors of how information regarding Rather’s whereabouts was being regularly passed on to security forces by irate locals. Furthermore, the fact that J&K police confidently announced that LeT commander Rather was trapped inside a house the moment the Waterhail encounter commenced, clearly indicates that the security forces had precise prior information about his presence.

There was a time when due to a lack of actionable intelligence regarding the locations of terrorists, security forces in J&K were compelled to conduct elaborate cordon and search operations. However, things have since changed and despite the threat of being killed by terrorists, the violence-weary locals are now willingly cooperating with security forces. This is because senseless violence has effectively demolished the more than three-decade-old façade of the so-called “armed struggle” in Kashmir.

People in J&K have started realising that terrorists who claim to engage in an “armed struggle” for ‘Azadi’ [freedom] are actually “fighting Pakistan’s war in Kashmir”– a fact that none other than United Jihad Council chief and Hizbul Mujahideen terrorist group supremo Syed Salahuddin has himself admitted. Rejection of violence by Kashmiris is a positive development that will certainly go a long way in ridding the Valley of the scourge of terrorism, which in the words of Mirwaiz Umar Farook has “not achieved anything other than creating more graveyards”!