Tensions Rise Between Tajikistan and the Taliban 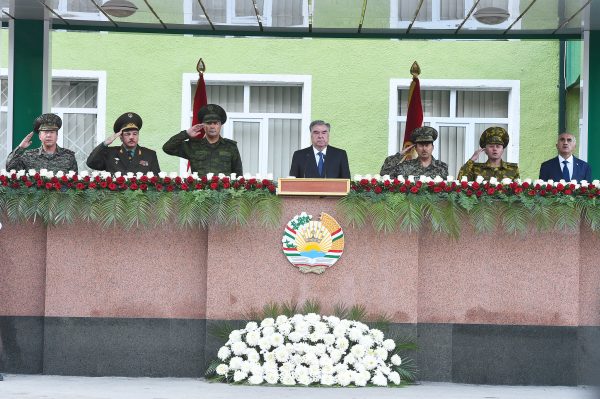 Russia and Pakistan have urged Tajikistan and the Taliban to back away from the conflict brewing on the Afghan-Tajik border.

A few days later, Pakistani Prime Minister Imran Khan called Tajik President Emomali Rahmon. Pakistan has tried to rally the international community to engage with the Taliban’s government and although the official readouts were anodyne, the Pakistani daily, Dawn, cited diplomatic sources as saying that Khan was specifically trying to defuse tensions between Tajikistan and the Taliban.

Since the Taliban’s August 15 takeover of Afghanistan and the collapse of the previous Western-backed government, Rahmon has maintained a distinctly standoffish attitude. Unlike neighboring Uzbekistan, Tajikistan had never come around to directly engaging with the Taliban movement and its ascension to power didn’t change Dushanbe’s stance much.

Rahmon reiterated earlier comments regarding the necessity of an “inclusive” government in Kabul in his September 23 U.N. General Debate speech. “The rise to power of the Taliban, which is listed as a terrorist group by the United Nations Security Council, has further complicated the region’s already complex geopolitical process,” Rahmon said. He continued: “The Taliban’s failure to deliver on its earlier promises to form a comprehensive government with the broad participation of Afghan political and ethnic forces is a matter of serious concern.”

Rahmon stressed that “Afghanistan is once again on the path to becoming a breeding ground for international terrorism.”

In response, both of the Taliban’s deputy prime ministers, Mullah Abdul Ghani Baradar and Abdul Salaam Hanafi, warned of a “neighboring nation” attempting to meddle in Afghanistan’s affairs. As Eurasianet reported last week: “A more junior Taliban figure, Inamullah Samangani, who has been described as a cultural envoy for the group, took an even cruder swipe at Rahmon on Twitter on September 29.” Samangani seemed to question Rahmon’s democratic credentials by noting, “He’s been president for 27 years, maybe he will be so for another six, or even more.”

Rahmon is not a paragon of democracy. But, as I wrote in the latest issue of the Diplomat Magazine, his efforts to make a show of standing against the Taliban are part of a deliberate rebranding exercise. He’s seizing a moment when the ever-fickle international spotlight is on Tajikistan to cast himself, once again and for a wider audience, as a proponent of peace and inclusivity. Of course, the irony is that Rahmon’s government itself is far from inclusive (no matter how you define inclusivity), especially after labeling the largest opposition party a terrorist outfit in 2015 and arresting its leaders. It’s a complicated history easily set aside in the heat of the moment, when the United States and its allies are seeking avenues to both aid Afghans and oppose the Taliban. ADVERTISEMENT

Heightening tensions further are rumors that the heads of the would-be Afghan resistance movement, Ahmad Massoud and Amrullah Saleh, fled to Tajikistan in late September. Taliban perceptions that Tajikistan is aiding the resistance to its dominion in Afghanistan turn the heat up further on the border. Rahmon attended at least two military parades in Darvoz region on September 27 and in Khorog on September 30.

On October 4, RFE/RL reported that Taliban fighters had allegedly killed an Afghan man seeking to cross into Tajikistan amid a larger raid by Taliban forces attempting to turn would-be refugees back from the border. Tajik border guards aren’t allowing anyone to cross and the Taliban are reportedly looking specifically for those who fled the Panjshir Valley.