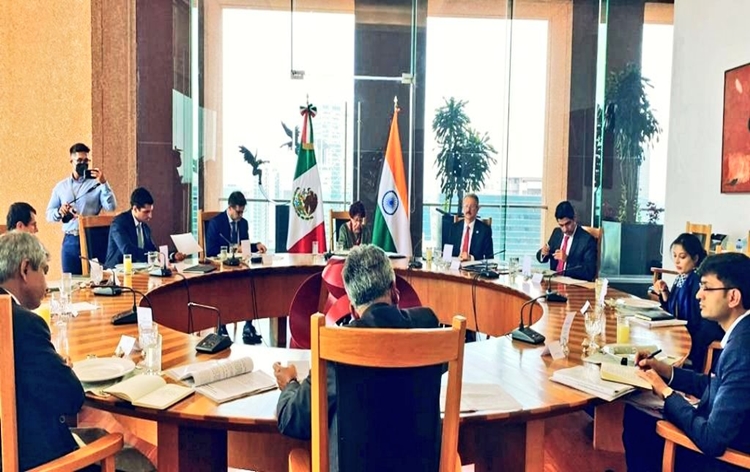 The sixth round of the Foreign Office Consultations between India and Mexico were held yesterday in Mexico City. The discussions were led on the Indian side by Secretary (East) in Ministry of External Affairs Saurabh Kumar and on the Mexican side by Vice Minister of Foreign Affairs from the Ministry of Foreign Affairs of Mexico Ms. Carmen Moreno Toscano.

The consultations reviewed the entire gamut of bilateral relations including Political, Trade and Investment, Health and Pharmaceuticals, Science and Technology including Space, Culture and Tourism, Education, Consular, and other areas of mutual interest.

A Specific Agreement on cooperation in outer space focusing on Crop Monitoring, Drought Assessment and Capacity Building between ISRO and Mexican Space Agency was also signed during the visit.

Ministry of External Affairs said, the talks were held in a friendly and warm atmosphere. Both sides agreed to hold the next round of consultations in New Delhi.