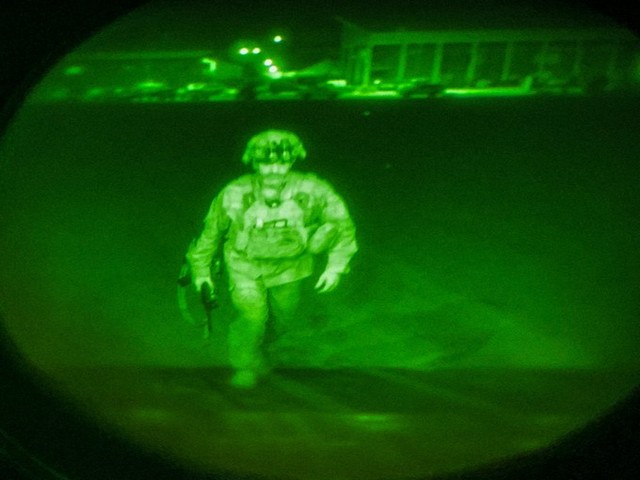 As Afghanistan becomes more complex one is tempted to recall events in memory which caused similar confusion. None qualifies more than 9/11 when the world was really stumped; terror, lawlessness and rogue behavior seem to be all pervading and which way things would move remained uncertain. With the deadline of 31 Aug 2021 out of the way, is there any chance that Afghanistan under its new rulers will see any course correction towards less chaos. Thus far focus is only on the security aspects, but the Taliban have 40 million people to feed, clothe and house with all international institutions turning their back. So, the chaos has only just begun.

There are competing factions within the Taliban who are likely to jostle for space. The ‘Doha boys’ already appear to have drawn the ire of those who did not get to experience more worldly things, while the former allegedly enjoyed the glitzy world of diplomacy for two years. Then there are those who remained incarcerated in Pakistan for long; among them Hibatullah Akhundzada, the supreme leader of the Taliban, and Mullah Abdul Ghani Baradar, also one of its original leaders.

The militant Sirajuddin Haqqani runs the Haqqani network and there is the Quetta Shura under deep influence of the Pakistan Army. Within top ranks there are also Mullah Mohammad Yaqoob, son of the founder Mullah Omar, and Mullah Abdul Hakim.  The Indian Military Academy trained Abbas Stanekzai is a comparative junior although appears rising fast in the hierarchy.

Can a council rule Afghanistan without a formal head? It would be a recipe for further disaster as diplomatic, social and administrative decisions could prove a nightmare, especially with efforts on to gain legitimacy and also project a hard exterior to prevent any dilution of strict Islamic norms. The utterances of leaders and the demonstrated situation on ground are starkly different, raising suspicions about the Taliban ability to govern at all.

The Islamic State Khorasan (IS-K) decision to show its hand on Aug 26 has brought the entire issue of global terror back to center stage. Terror thrives in a state of confusion, weak governance and internecine lawlessness. Besides Al Qaida which has been here for almost 25 years, we have the IS-K, the Tehreek e Taliban Pakistan (TTP), the Haqqani Network, Islamic Movement of Uzbekistan and East Turkestan Islamic Movement.

For good measure the Pakistan deep state has launched the Lashkar e Taiyyaba (LeT) and Jaish e Mohammad (JeM) into the fray with their fighters, to garner direct influence. It is known that Azhar Masood, the JeM Chief has made a beeline to Kandahar to meet elements of the Taliban leadership to make early inroads into the power circle that may dictate the security environment of the region for some time.

Among the partnerships and enmities here, the IS-K and TTP are in cooperation but the former has major issues with the Taliban even as the TTP seeks cooperation with the latter; IS-K seeks access to Central Asia more than it does to South Asia where the space is more crowded. The Al Qaida has its limits of networking and is under greater tutelage of the Taliban and in full cooperation with it. The Pakistani terror groups promote the interests of the Pakistan deep state which has direct linkage with the Taliban.

In the near future the Taliban is likely to be deeply embroiled in attempting to legitimize its presence for the sake of practical administration but equally also find the means to stave off the likely battles between the terror groups on Afghan soil. IS-K would attempt to win over some of the extreme radical elements within the Taliban ranks. Conditions almost akin to civil war may exist creating a major challenge for the population especially with Taliban reprisals at lower levels not being fully under the leadership’s control. In light of this the US led proposal to create an international exclusion zone for humanitarian activities to continue is something that the Taliban may not refuse; it will also provide an opportunity to remain in contact with the international community and lessen the logistics burden. The exclusion zone would offer a target to the IS-K whose anti-West propensity is high.

No one is denying the fact that the greatest beneficiary of the strategic outcome of the events of the last fortnight is Pakistan. To fully comprehend Pakistan’s benefit, one has to recall the grand strategy which was drawn up in the Eighties by Pakistan’s former President Zia ul Haq. It involved the radicalization of a core group of Afghan and Pakistani youth who would assist first in the fight against the Soviets and thereafter be an asset for Pakistan’s nefarious agenda in the region which primarily focused on the secession of J&K from India.

The line of radicalization was aimed to serve the purpose of Islamic unity. This line went far back into the Middle East from where much of the inspiration and material assistance came. Has this grand strategy changed is the question we should be addressing. On the face of it the internal chaos Pakistan has witnessed with its policies should deter it from revisiting this strategy.

Externally, Saudi Arabia and the UAE, two of Pakistan’s greatest supporters of the past, have changed tack and are now waiting and watching much like the rest of the world. The Taliban itself appears to be putting out a changed exterior, fully conscious of the chaos that Pakistan can draw it into with its nefarious designs for the region.

In the midst of this, the ray of hope for Pakistan remains the involvement of China. Pakistan hopes to be the friend, philosopher and guide for China to steer its Afghanistan policy which is currently driven by two factors. First is the fear that China lives with, of the likely spread of terror networks into its restive western region of Xinjiang where a 22 million Muslim population resides. Second is the desire to extend China’s influence into the region of the ‘New Great Game’ (which will probably see a renewed competition) to safeguard its strategic Belt and Road Initiative (BRI).

The Russians are playing cautiously after an initial rush of adrenaline, realizing the importance of keeping balance. Enhanced Pakistani influence does not augur well for Russian interests either.

The two questions put to me with regularity relate first to the effect of the instability in Afghanistan and the advantage gained by Pakistan, on India’s security, especially J&K; second, whether India should be looking towards engaging with the Taliban as a reversal of its past policy. Both need separate and detailed analyses but a short response is possible here.

The impact of the events in Afghanistan depends largely on how far Pakistan wishes to revive its grand strategy of the Eighties and the extent to which Taliban wishes to play along. The Taliban is not a natural adversary of India; it was Pakistan’s instigation and handling which created that perception. Left to pursue its policies more independently the Taliban may wish to develop a line of cooperation and engagement with India, as is also evident from Abbas Stanekzai’s recent statements.

Pakistan will look for early exploitation of the situation even though that may simultaneously enflame all its security concerns – Afghanistan, J&K and internal security. Rationality was anyway never Pakistan’s strong point. India should be prepared therefore for a temporary negative impact on J&K, although this may not last; current Indian state of readiness is appropriately suitable as long as the security grid of J&K is not disturbed.

As to the issue of engagement with the Taliban is concerned, since it is unclear which faction, group or dispensation is likely to dominate, India must go along with the international community. The wait and watch policy adopted by much of the world appears the only way forward without any stringent biases towards letting the past dictate the future. Let tomorrow be another day.