The Chinese in a soup on Taiwan 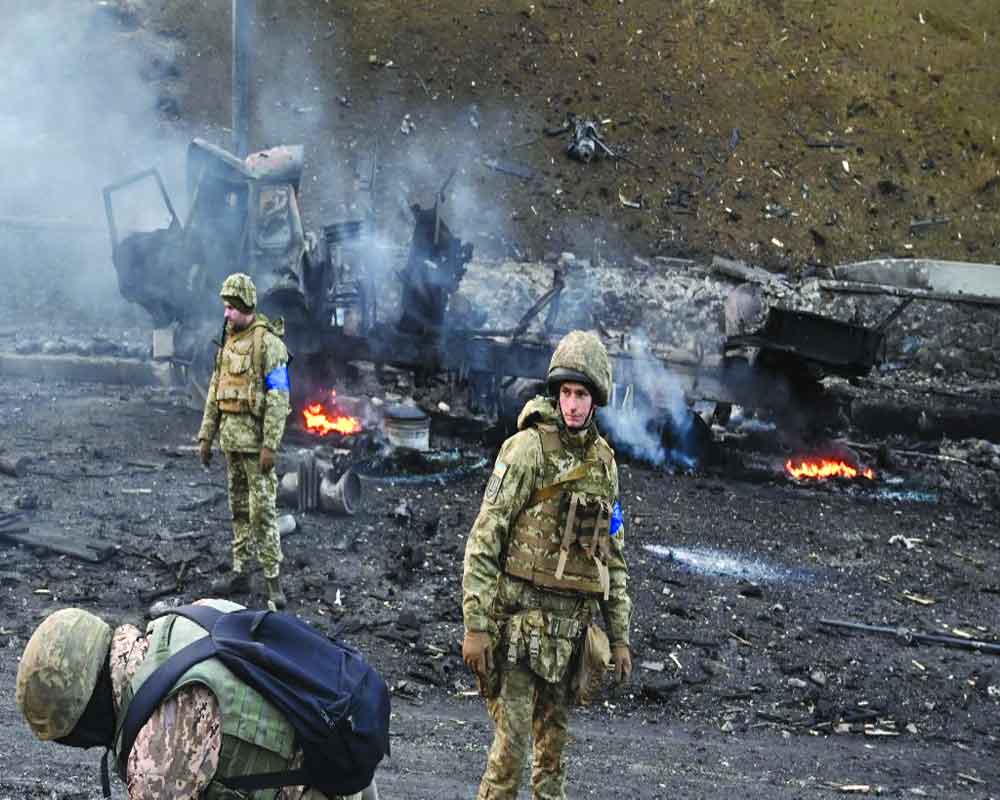 The single-party regime of the Chinese Communist Party (CCP) has defied the hypothesis of American political scientist Barbara Geddes, who suggests that personalist regimes survive for about 15 years and single-party regimes, for about 25 years. CCP has reigned supreme (minor blip of 1989 Democracy Movement) and remained effectively unchallenged since October 1, 1949 (almost 73 years). Besides the infamous iron hand and other illiberal norms, pandering to majoritarian Han supremacism with 91 per cent populace (brazenly attacking minorities like Uyghur etc), controlling the elites (Jack Ma saga), the governance of CCP remains most effective with the unique art of staying ahead of the events, by learning from global events and others’ mistakes. Chinese professionally dissect and imagine the impact of global turbulence towards their bearings and posturing.

Chinese famously undertook a decade-long study of the Soviet Union implosion and recalibrated their own curriculum and governance imperatives to avoid the same. They did the same towards Gulf Wars, Arab Spring, the War on Terror and would surely be doing the same on Ukraine for direct lessons towards their expansionist agenda, especially in Taiwan. Ukraine would be an excellent case study for understanding the global appetite, tolerance and consequences of a belligerent action. So far, the reputation-sensitive China has offered a qualified defence of a clearly vilified Russia, driven by its own beef with the US, yet pretending a plausible pretense of morality and reason by not offering a carte blanche to Vladimir Putin’s position. But the Taiwanese who may have had good reasons to fear an openly called invasion (under the garb of ‘reunification’ of One-China Principle) in the early days of the Ukraine War may just be breathing easier with the imminent cost of invasion, reputation and other consequences besetting Russia and, consequentially, potentially for China in Taiwan.

The ensuing humanitarian disaster in Ukraine has inadvertently worsened the Chinese position of intimidation on Taiwan as invariable parallels are drawn immediately. Tellingly, China undertook a ‘stress test’ or dry run to study possible implications of a global reaction following a potential invasion of Taiwan. . While sabre-rattling on Taiwan continues with the unofficial mouthpiece of the CCP, Global Times, alluding to the ‘strongest warning to the US’ by Chinese defence chief Wei Fenghe — the fine print also bore the inevitable sobering realisation, ‘Although the Chinese mainland will continue to make the greatest efforts to seek peaceful reunification for the sake of the people on both sides of the Taiwan Straits…’. The Chinese more than anyone else would have calculated the debilitating impact of similar bravado on Taiwan, even if it cannot publicly renege its staged intransigence on the ‘One-China Principle’ as that too could fatally weaken the CCP’s image.

Beleaguered Ukrainian President Volodymyr Zelenskyy added to the Ukraine-Taiwan hyphenation at the 19th Asia Shangri-La Dialogue by calling for international support for Taiwan against China, which embarrassingly made the Chinese delegation leave the hall. Zelenskyy’s personal experience suggested that the ‘world must use preemptive measures’ before attacks on Taiwan, which willy-nilly justified the enhanced US support of Taiwan, which has led to much tension in recent times. While the US was made to lick its wounds humiliatingly in Afghanistan and trudge an equally difficult path in Ukraine — it has chanced upon the serendipitous opportunity by adding to China’s own woes and discomfiture on Taiwan by upping the ante of ‘Taiwan Independence’. China is now forced to play a difficult dual game of flexing its vocal muscles for internal consumption, whilst not committing itself to a Ukraine-like swamp.

Culturally and psychologically, the bog-down of Russian invasion despite its supposedly better trained soldiers, tactics and weaponry gives significant pointers to the Chinese PLA who suffered significant reverses in its last war, Vietnam in 1979, or even during the recent border standoff with India where it got a bloody nose. Topographically also, the densely populated and urbanised Taiwan would be an urban battlefield, the Achilles heel of the Russian invasion in Ukraine. Even the hawkish domination of wolf-warrior pack amongst the Chinese diplomatic cadre and the overtly personalised cult of Xi Jinping (akin to Putinism) would require a relook in favour of more nuanced, moderate and deliberated form of diplomacy and leadership. The touchy issue of Xi’s dictatorial moorings were triggered by Zelenskyy’s indirect referencing of political leaders who were ‘not content with the present level of their ambition’.

China risks further discrediting and disempowering the small minority of Taiwanese who do genuinely seek reunification, as recent tensions have strengthened Taiwan President Tsai Ing’s anti-China stand. Tibet earlier, Hong Kong later and now with Taiwan on the boil, the Chinese leadership simply cannot continue with its expansionist agenda beyond words. Ukraine has shown the costs and the Chinese would surely know better, by now.