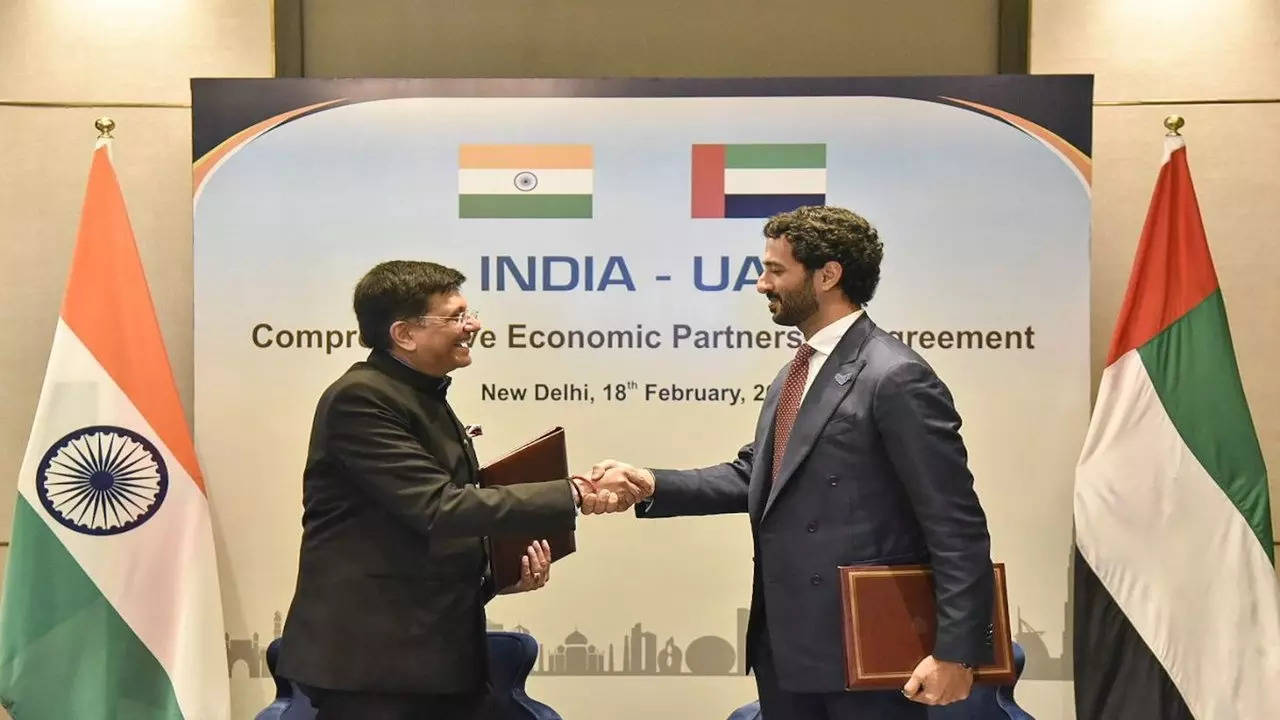 India on Friday signed a trade pact with the United Arab Emirates (UAE) which is aimed at cutting import duties on majority of Indian exports to the country. The deal was signed in New Delhi by Commerce and Industry Minister Piyush Goyal and UAE’s Minister of Economy Abdulla bin Touq Al Marri.Sharing the news, Goyal tweeted, “The deal is done! Signed the pathbreaking #IndiaUAECEPA along with the UAE Minister of Economy H.E Abdulla bin Touq Al Marri.”

Abu Dhabi Crown Prince Mohammed bin Zayed Al-Nahyan, the UAE’s de facto ruler, and Indian Prime Minister Narendra Modi held a virtual summit to witness the signing of the Comprehensive Economic Partnership Agreement, among other pacts.On signing the first major trade deal of the Narendra Modi government since coming to power in 2014, Goyal highlighted that they are committed to “building a shared future and enhancing the prosperity of our people”, adding that only sky is the limit for India’s trade and economic ties.After the US and China, the UAE is India’s third-largest trading partner with the bilateral trade in 2019-20 being $59 billion. The bilateral trade between both nations stood at $43.3 billion as of 2020-21.Notable, India’s second-largest export destination is also the UAE, coming just after the US. Both the nations did exports worth $29 billion in 2019-20.India-UAE CEPA trade dealWith the Comprehensive Economic Partnership Agreement (CEPA), both countries are looking to generate fresh employment, raise living standards, and provide wider social and economic opportunities.The negotiations for CEPA were launched in September 2021. It is expected that the CEPA will lead to increase in bilateral trade from the current $60 billion to $100 billion in the next 5 years.PM Narendra Modi extended his congratulations on signing of the deal. “This agreement reflects the deep friendship, shared vision and trust between the two countries. I am sure this will usher in a new era in our economic relations,” he said.