The New Terror Tactics of Pakistan 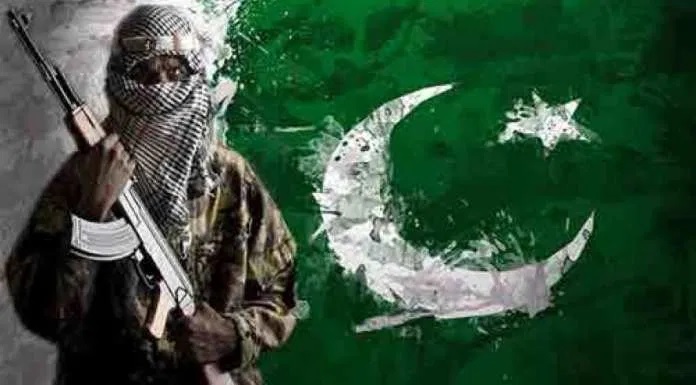 Despite Pakistan undergoing the worst phase of its existence, it is unwilling and unrelenting as far as terrorism is concerned. Despite being on the grey list of Financial Action Task Force (FATF) for the last more than two years and likely to be pushed into the Black List if it does not report 100 % compliance, it has yet to give up terrorism as an instrument of its state policy. Economically, Pakistan is at its lowest ebb with the Gross Domestic Product (GDP) for the current financial year hovering around minus 1.9 % gradually declining every year from 5.5% when Imran Khan assumed office. The country is burdened with debt and borrowings. It is passing through the deadly cycle of borrowings to repay debt. As on date Pakistan owes Rs 14 trillion to domestic creditors and $116 billion to foreign borrowings. When Saudi Arabia demanded the return of third instalment of $ 1 billion, Pakistan had to take a commercial loan of $ 1.5 billion from China. UAE has further added to the woes of economically beleaguered Pakistan when it demanded return of $ 1 billion which it had deposited with the State Bank of Pakistan and has now reached its maturity.

Pakistan is not only facing an economic collapse but is also facing hostility and isolation from many Muslim countries including some of its most trusted allies in the past. Despite this Pakistan continues to invest heavily in its Army and nuclear programme. It hogs almost one-fourth of the total budget and 6 to 7 percent of the nation’s meagre GDP. Pakistan Army has invested heavily in terrorism including narco-terrorism and cross border terrorism forms an essential part of the war fighting strategy of thePakistan Army, the virtual ruler of the country.

Pakistan, therefore, looks for newer methods to be adopted by its deep state to promote cross border terrorism. On the one hand it has tried to buy peace with India through a ceasefire agreement on the LoC while on the other it continues to change its modus operandi to promote cross border terrorism to avoid the wrath of the FATF and prove its innocence to the global community by playing the victim card. The entire emphasis of the new terror tactics of Pakistan to appear to be divorced from terror related happenings within India particularly in J&K. Through all these cosmetic changes it intends to convey to the global community that there is a home grown militancy in J&K which has an indigenous character and Pakistan is not involved in it. But contrary to this fact remains that there are 250-300 terrorists waiting in the launch pads within Pak territory awaiting opportunity to infiltrate across the LoC/IB, as claimed by the Director General of Police J&K in an informal press conference held a few days back. Pakistan is also trying desperately to spread the arc of terrorism back across the Pir Panjalparticularly in the Muslim majority districts adjoining the Valley which were also referred to as Greater Kashmir by none other than the Pakistani dictator cum President Pervez Musharraf.

After having failed to achieve the desired result through merely change the names of tanzeems(terrorist outfits) operating in Kashmir from LeT, JeM and HM to TRF, Lashkar-e-Mustaffa and Al Badr, it has now resorted to spread of “Lone Wolf” terrorism, the technique employed successfully by global jihadi radical Islamic terror outfits like the ISIS or Al Qaeda. India so far has remained free from Lone Wolf terrorism despite occasional threats. A Lone Wolf terrorist does not allow allegiance to any particular terror outfit but is ideologically attached to them after being convinced of the purpose through social media/internet. A lone wolf terrorist acts alone rather than as a part of a larger operation planned by a particular tanzeem. The term has been derived from wolf behaviour. Normally a pack animal, a lone wolf is an animal that acts independently or generally lives or spends time alone instead of with the group. Identifying a lone wolf is a very challenging task without cooperation of the general public because they do not rely on the over ground network which remains on the radar of the security forces. A very strong ground level intelligence network would be needed to pre-empt any lone wolf attack.

Lone wolf attacks can cause mayhem and large scale causalities as crowded places are usually chosen as the targets by trigger-happy or moron lone wolf warriors who are radicalised to the extent that bloodshed and dead bodies act as an elixir to seek the ultimate.  Though these individuals seem to be acting alone, there are often ties between lone wolves and terrorist organisations for example, terrorist backed online content and usually receive online instructions. Lone wolf attacks, in which extremist individuals translate their beliefs into violent actions, are hard to detect and prevent. In coordinated terror attacks, the chances of competent intelligence agencies detecting the perpetrators are much higher. To their credit, the U.K.’s intelligence wings of terror infected European countries and Homeland Security department of USA have foiled dozens of terror attacks but they continue to be victim of low-tech lone attacks, where the attacker either used vehicles to run over people or launched knife attacks. Post Pulwama, Pakistan has realised the futility of coordinated big attacks and remains worried of likely Indian response to the same and hence has now decided to embrace the Lone Wolf tactics.

The other shift in the terror tactics include the use of Sticky Bombs to target civil and security forces vehicle. As is evident from the name, it is an Improvised Explosive Device (IED) tied to a magnet which can easily be stuck to a parked or slow-moving vehicle and detonated remotely. Increased reliance on IEDs is another shift because successful IED blasts result in mass causalities. Sticky bombs as well as Lone Wolf attacks are also ideal weapons for targeted/ political killings. The logistics impasse of supplying arms and ammunition and other war like stores due to a very strong anti-infiltration grid on the LoC is being overcome through drone dropping and tunnelling. Frequent use of drones for dropping weapons, ammunitions and explosives is being resorted to. Tunnels are being dug along the IB in the plains of Jammu and Rajasthan.

Internet and encrypted social media platforms have become preferred means of communication. Numerous sites are feely available to learn assembly of various types of IEDs including sticky bombs. Hard line ideological literature meant to woo, brainwash and radicalise the youth is also available on different media platforms in local Indian languages including South Indian languages apart from Bengali, Punjabi and Kashmiri. To overcome the problem of terror financing newer methods and sources are being explored. Nepal is emerging as a new route of hawala funding instead of traditional routes of Middle East and Bangladesh.

Due to unrelenting and sustained operations of the security forces in J&K and the intelligence agencies and local police in other states terrorism is on the decline. Ostensibly, despite Pakistan’s claim to the contrary, it does not suit the terror nation’s designs. It at any cost wants to keep tied down in internal security and keep Kashmir on the boil. Pakistan would encourage the local criminal elements to enter the space vacated by the declining terrorism. The recent arrest of a terrorist with desi-katta (local made revolver) indicates that the criminals are happy to don the mantle of terrorism to promote their criminal activities and settle personal scores. Moreover, there is a distinct shift in procurement of local made weapons from Bihar by the terrorists as well. This is also a Pakistan backed move since it was finding difficult to justify large caches There is a semblance of hope that due to FATF threat, economic pressure and financial compulsions Pakistan would refrain itself yet knowing the past pattern, competing interests and domination of the Pakistan Army India needs to exercise prudent caution despite peace overtures from our untrustworthy neighbour.