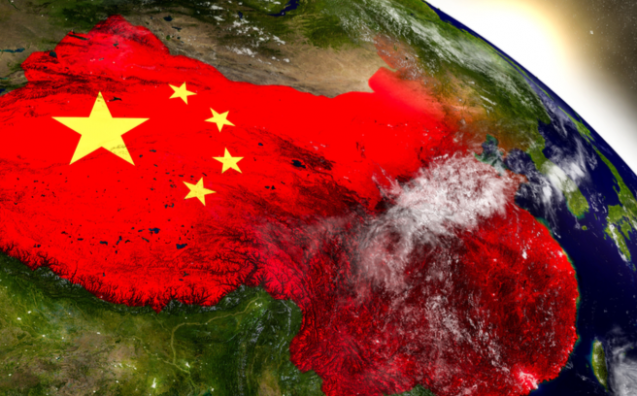 The One-China policy that recognizes the existence of a single government, including Taiwan is a lie, said a Washington-based expert.

Michael Rubin, a senior fellow at the American Enterprise Institute (AEI) said that Taiwan was never a part of China, and in all historic and legal spheres, the One-China policy is untrue.

The One China Policy is a longstanding policy recognized by the USA as an acknowledgment of the existence of a single government in China, including Taiwan, which the country recognizes as a renegade province to be reunified with the mainland one day.

Rubin opined that US National Security Advisor, Jake Sullivan’s reiteration of the One-China Policy to mitigate Sino-American tensions amidst President Joe Biden’s “off-the-cuff” remarks about Taiwan was a mistake, for it makes the President seem out of control of his own administration.

The opinion piece read that President Richard Nixon acquiesced to the One-China idea in the Shanghai Communique. But Nixon’s agreement was never as clear as Beijing claims. Rather than unequivocally endorse Mao’s statement that “the Government of the People’s Republic of China is the sole legal government of China; Taiwan is a province of China,” Nixon said the “United States Government does not challenge that position” but instead “reaffirms its interest in a peaceful settlement of the Taiwan question by the Chinese themselves.”

According to Rubin, Taiwan was never a part of China, and in all historic and legal spheres, the One-China Policy stays untrue.

Since Japan took the island from the Qing Dynasty in 1894, Taiwan has not been ruled by the Chinese. The Chinese Qing Dynasty prior to the Japanese invasion never fully seized power and ruled only on paper for two centuries. In reality, Chinese citizens enjoyed de facto autonomy.

Ironically, the Qing rulers were called ‘foreign interlopers’ by Han Chinese, and before Qings, the Dutch and Portuguese were known to rule the land, or at least its main coasts.

Beijing’s current legal claim to Taiwan is largely based on the Cairo Conference of 1943 wherein Chang Kai-Shek, the ruler of the Republic of China from 1928 until his death in 1975 who went to Taiwan in exile after Mao’s victory in 1949, signed a joint statement stating that “all the territories Japan has stolen from the Chinese, such as Manchuria, Formosa, and the Pescadores, shall be returned to the Republic of China.”

Other Chinese officials assert that the UN recognises Beijing’s notion of “One China.” Although the late Kofi Annan supported the “One China” policy, the UN Charter did not give him the right to do so.

Japan renounced all rights, titles, and claims to Formosa and the Pescadores in the 1951 Treaty of San Francisco, which established the terms of peace between the two countries. However, the Treaty did not cede sovereignty to any other state.

For this reason, despite the Treaty of San Francisco’s replacement, Chinese communist officials still rely on the Cairo Declaration when making their points.

In an interview with a journalist Edgar Snow in 1936, Mao himself considered Taiwan as a separate entity from China.

Rubin considers it “tragic” that half-century later, Sullivan is choosing to cede to a Beijing narrative built on repetition instead of facts.

On Tuesday, China asked the United States to strictly abide by the One-China principle and the three China-US joint communiques, and cease any form of official exchanges with Taiwan.

According to Chinese News Agency Xinhua, while responding to a query on the US-Taiwan Initiative on 21st-Century Trade in a news briefing, Chinese Foreign Ministry spokesperson Zhao Lijian said, “The United States must abide by the One-China principle and the stipulations of the three China-U.S. joint communiques, halt all forms of official interaction with Taiwan, stop negotiating agreements with implications of sovereignty and of an official nature, and refrain from sending any wrong signals to the ‘Taiwan independence’ separatist forces.”

He said that there is only one China in the world and Taiwan is an inalienable part of China’s territory, adding “The government of the People’s Republic of China is the sole legal government representing the whole of China.”

Earlier, China warned the US against enhancing ties with the democratic island that Beijing regards as its island and threatens to overtake it by force.

China announced a large-scale military exercise around Taiwan, the third such exercise in the past month as tensions continue to rise in the Taiwan Strait.