The Political And Diplomatic Fall Of Kabul – OpEd 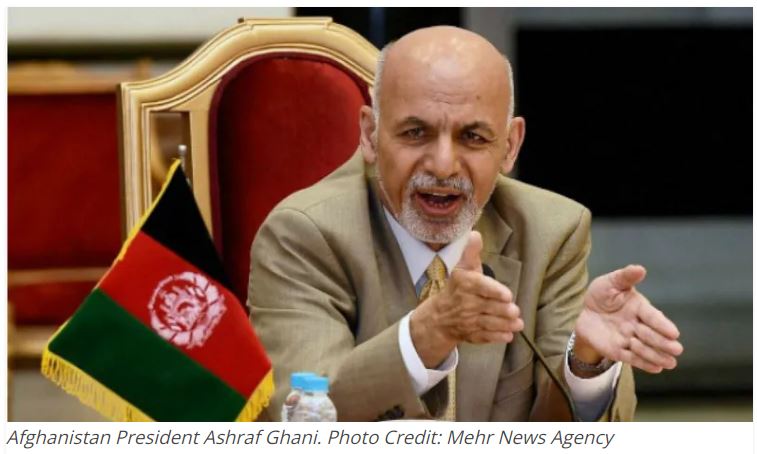 Diplomacy is the art of achieving goals through tactful measures. According to Randolph Borne “Diplomacy is a disguised war, in which states seek to gain by barter and intrigue, by the cleverness of arts, the objectives which they would have to gain more clumsily by means of war.” Those nations who faced the destruction by war and disintegration as in the case of Germany. After realizing their failure Germany worked both on political and diplomatic fronts. Kabul has once again fallen to the Taliban and it pose serious questions that what are the diplomatic and political factors that led to the fall of Kabul.

A state provides fundamental guarantees to its citizens in the three interrelated realms of security, economics, and politics and Kabul has failed in providing all. The Afghan government failure is composed as feeble and flawed institutions. The executive and all other institutions including armed forces have lost their capacity to run the country. The fall of Kabul didn’t occur in just one night, but it took many years to happen.

To critically examine, it started with Karzai second tenure of presidency when the relations with US started to decline. It was that time when US started to look at other stake holders instead of Arg.  Instead of focusing on institutions building and interests from US, Karzai`s government started confrontation with US and their interests. Karzai`s regime in lieu of focusing on nation building started supporting war lords. This strategy of supporting war lords instead of focusing on institutions building led to slowly and gradually started to scramble. The other rationale in this calamity was not signing Afghanistan-US strategic partnership. In order to please the Taliban and people declaring himself as hero of the nation, he withdrew himself from this strategic partnership. Knowing all the facts that it will be signed by the coming setup and in spite of focusing on state interest he focused on self-interest of heroism.  Time proves that neither he became a hero nor the state survived. Again, instead of relying on US as a major contributor in Afghan peace and stability, he signed agreements with Chinese contractors and companies. It was the most unbearable event that causes anger in the relations between US and Afghanistan.

Furthermore, the imbalance in the relations between Pakistan and India from Afghan government was a disaster in Kabul drop down. The billions dollar investment from India in Afghanistan was a serious threat to Pakistan. India opened consulates in the major provinces of Afghanistan which clearly defects uneasiness to Pakistan. Pakistan time and again shows their reservations towards Afghan`s government of Indian involvement in destabilizing Pakistan. Pakistan considered Indian presence in Afghanistan a great threat to the internal security situation of the country. Signing agreement with Chinese and keeping imbalance in India and Pakistan relations was another major blow in Afghan government collapse.

During the presidency of Dr. Ashraf Ghani, the division among the leadership of Afghanistan was of serious concern that led to this misfortune. This division brings Dr. Ashraf Ghani to isolation both internal as well as on external front. The Doha peace process was a turning point for Afghanistan, but bifurcations among different stakeholders and lack of consensus on mutually agreed national agenda was the reason that pull-out Afghan government from the Doha agreement. The agreement without presence of Afghan government directly leads to this debacle.

The failure of Ghani`s regime was not to predict the future events and was unable to aware masses about the future challenges the country is likely to face. Also, the government was unable to form a national unity among the masses to face those challenges and hardships that were likely to come. A sense of deprivation among the Pashtun ethnic group arises that Dr. Ghani in appeasing his coalition partners (Northern Alliance) has converted Pashtun shares from majority to minority in the government structure. This sense of deprivation among Pashtuns discourages them of the system. This tactic later on was so successful that everyone believes that Taliban instead of Dr. Ghani are the representatives of Pashtuns. Following the same lines of Karzai`s era the head of different departments were selected on tribal lines and once again war lords appear in Afghanistan political spectrum.

To sum up, the diplomatic relations with US and Pakistan during these both regimes were in great stress. Dr. Ghani tried his best to normalize the relations, but it all went in vain. Afghan government failed in its diplomacy to engage the regional players like India, Russia, and China to support them. And it was Taliban diplomatic success that they convinced the regional players to have negotiations with them. It clearly defects that Afghanistan government didn’t lose the war but politics. In short “politics is the art of possible” and the Afghan government failed badly in it.