The time for equivocating about a nuclear-armed, Taliban-friendly Pakistan is over 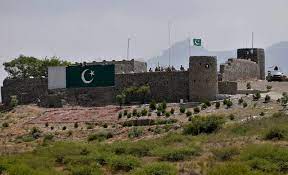 John R. Bolton served as national security adviser under President Donald Trump and is the author of “The Room Where It Happened: A White House Memoir.”

Many profound ramifications of America’s exodus from Afghanistan are competing for attention. Among the top challenges, Pakistan’s future stands out. For decades, Islamabad has recklessly pursued nuclear weapons and aided Islamist terrorism — threats that U.S. policymakers have consistently underestimated or mishandled. With Kabul’s fall, the time for neglect or equivocation is over.

The Taliban’s takeover next door immediately poses the sharply higher risk that Pakistani extremists will increase their already sizable influence in Islamabad, threatening at some point to seize full control.

A description once applied to Prussia — where some states possess an army, the Prussian army possesses a state — is equally apt for Pakistan. Islamabad’s “steel skeleton” is the real government on national security issues, the civilian veneer notwithstanding. Inter-Services Intelligence, or ISI, has long been a hotbed of radicalism, which has spread throughout the military, to higher and higher ranks. Prime Minister Imran Khan, like many prior elected leaders, is essentially just another pretty face.

During the Soviet war in Afghanistan, ISI extensively supported Afghanistan’s mujahideen against the Soviet military, for religious and national security reasons. Washington made the mistake of funneling much of its assistance to “the muj” through Pakistan, thereby relinquishing control over which politicians and fighters actually received the aid. Pakistan also enabled terrorist groups targeting India, its main regional rival, over Kashmir, a continuing flashpoint emanating from the 1947 partition and independence from Britain.

After Moscow exited Afghanistan in 1989, ISI unsurprisingly pirouetted to support the Taliban and others who subjugated the country in 1996. Pakistani military doctrine holds that a friendly Kabul regime ensures “strategic depth” against India, which Pakistani leaders believed the Taliban provided. When the U.S. coalition overthrew the Taliban in 2001, ISI provided sanctuaries, arms, and supplies inside Pakistan, although Islamabad routinely denied it.

Now, again in power, the Taliban can return the sanctuary favor to Pakistani Taliban — the Pakistani counterpart of the Afghan Taliban — and other radicals. Obviously, the world doesn’t need another terrorist regime, but the risk in Pakistan is of an entirely different order of magnitude, even compared with the menace of al-Qaeda or the Islamic State gaining secure bases in Afghanistan.

While Iran still aspires only to nuclear weapons, Pakistan already has dozens, perhaps more than 150, according to public sources. Such weapons in the hands of an extremist Pakistan would dramatically imperil India, raising tensions in the region to unprecedented levels, especially given China’s central role in Islamabad’s nuclear and ballistic missile programs. Moreover, the prospect that Pakistan could slip individual warheads to terrorist groups to detonate anywhere in the world would make a new 9/11 incomparably more deadly.

These dangers provided compelling reasons to sustain the U.S. and NATO military presence in Afghanistan. We could have continued overwatch not just of potential new terrorist threats in-country but also observed what was happening across the borders in Pakistan and Iran. Sadly, the Trump-Biden withdrawal policy canceled that insurance policy.

From Cold War conflict against the Soviets in Afghanistan to our own efforts since 9/11, Pakistani-U.S. cooperation has been essential. It led Washington to temper vigorous criticism of Islamabad’s nuclear and pro-terrorist policies. Now, after Kabul’s surrender, America is less dependent on Pakistan’s goodwill and logistical support. Acknowledging the enormous uncertainty, given Pakistan’s nuclear capabilities, the United States must now come down hard on Islamabad if it continues supporting the Taliban and other terrorists. It has been said that Pakistan is the only government consisting simultaneously of arsonists and firefighters. The firefighters need to step up their game. They must convince their fellow countrymen that the government’s recent path has made Pakistan less secure, not more.

Absent clear evidence that Pakistan has terminated assistance to the Taliban, the United States should eliminate its own aid to Islamabad; strike Pakistan from the list of “major non-NATO allies”; impose anti-terrorist sanctions; and more. Our tilt toward India should accelerate.

Most important, we must devote maximum attention to Pakistan’s nuclear stockpiles and weapons-production facilities. If a future terrorist regime in Islamabad (or even today’s government or like-minded successors) appears ready to transfer nuclear capabilities to terrorists, we should take preventive action. This is highly unpalatable, but the alternative of allowing these weapons’ use is far worse. China must be made very aware of our intentions and seriousness, including that Beijing’s long-standing, vital assistance to Islamabad’s nuclear efforts makes China responsible for any misuse.

Is President Biden sufficiently resolute to do the necessary? Probably not. In George Packer’s recent biography of diplomat Richard Holbrooke, he quotes from Holbrooke’s notes taken during an Obama administration Situation Room meeting on Afghanistan. “Among his notes were private interjections,” Packer writes. “Vice President Joe Biden said that every one of Pakistan’s interests was also America’s interest: ‘HUH?’”

Biden’s assertion was wrong when made and would be dangerously wrong today; Holbrooke was correct, and eloquent in his brevity. Let’s hope Biden has changed his mind.