The UN is downplaying Uyghur genocide 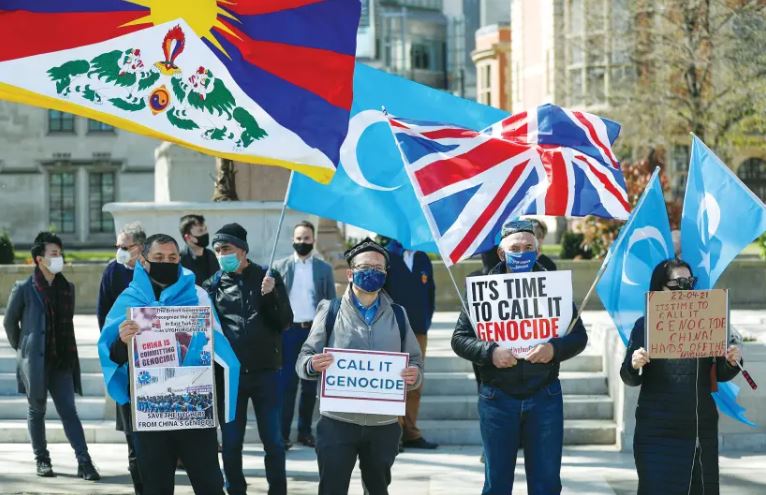 Noticeably, the ongoing Uighur genocide has become less discussed worldwide because of the shifted interests of governments to put this crisis aside and China’s never-abated aggressive diplomatic and political efforts to deny it.

The long-awaited UN report on China’s atrocities in East Turkistan came out on August 31, 2022, right at the end of the UN high commissioner Michelle Bachelet’s term. The delayed timing of the publication, with no sufficient explanation, is worth considering here.

There are two possible reasons for the delay: It tries to shield the outgoing commissioner from criticism from China while shifting the responsibility for publication to the agency under her leadership. It also tries to get China off the hook from being held accountable for its crimes against Uighurs.

By and large, it is a “dual saving” gesture: To salvage the UN agency for its silence, and the perpetrator who silences others over its crime. This “dual saving” act is the kernel of the absurdity of this report.

One may not be entirely naive to expect some groundbreaking, if not miraculous, revelation from this well-planned and well-timed suspense game. We have patiently held our breath for this report. However, it has not delivered anything groundbreaking, let alone miraculous, but appears to be a subtle political stunt of China’s. As such, the assessment is disappointing.

There is no mention of genocide to define the actual nature and severity of the East Turkistan crisis (as outlined in the UN Genocide Convention). In contrast to the same atrocities that a dozen Western governments have already recognized as genocide, this report calls mere human rights violations. As such, the UN is guilty of sins of omission, misrepresentation, and downplaying of one of the largest ongoing genocides.

The UN’s previous failures regarding genocides

The UN’s failure to recognize, prevent, intervene and hold perpetrators accountable for genocide is alarming but nothing new. The same international body failed to stop the Rwanda genocide, the Bosnian genocide, the Rohingya genocide, and now the Uighur genocide.

The then-UN secretary-general, Kofi Annan, confessed this failure when he stated: “In their greatest hour of need, the world failed the people of Rwanda.” However, in one of his interviews with the BBC in 2018, “Annan was pressed one last time to acknowledge that some of his actions and inactions on the world stage had consequences. Instead, he was dismissive. Of Bosnia, he said, ‘It is always easy to find a scapegoat.’ On Rwanda, he said, ‘We were helpless.’”

What would Bachelet or UN Secretary-General Antonio Guterres say about their historic failure to carry out their entrusted duties to prevent another genocide? Would they also defend themselves, as their predecessor did? Would the UN again resort to responsibility shifting as an organizational culture?

The UN refuses to take a strong position against China

In 2018, the UN published its findings on the East Turkistan crisis, citing credible reports that China was incarcerating millions of Uighurs in secret camps. At that time, there was a significant reorganization of the UN. While the UN has done nothing, China has been doing everything to continue the mass incarceration, slave labor, and organ harvesting (which the report does not mention).

In addition, China continues the forced indoctrination of Uighur children and mass purges of Uighur intellectuals, which has resulted in a systematic decrease in the Uighur population. Many Uighurs are now being starved to death under the pretext of China’s zero-COVID policy. Over the past four years, Uighurs have continually been suffering, which the UN report does not adequately and objectively reflect.

What does this report mean for China? The UN report may only anger China for failing to stop it from being published at all costs. No account in the release ascribes any severe legal or moral responsibilities to China, apart from the accusations of human rights violations for which many countries in the world are guilty.

This report, instead of helping the victims of China’s atrocities in East Turkistan, will allow Chinese officials to continue the Uighur genocide with impunity and prepare themselves for defense against any possible legal actions.

The UN report comes out in a much-awaited but much-disappointed way. It doesn’t seriously address one of the most horrific crimes in our century in a fair and just manner. Instead, it compromises various interests of China in a self-serving and face-saving way. It is a spineless show to deceive the victims while pleasing the perpetrators of this genocide in a morally abhorrent manner.

It sets a precedent for China and other dictatorial regimes not to consider the consequences of their genocidal intent and practices. Still worse, the report could potentially do more damage than good, being a dangerous political game with omissions and misrepresentation.