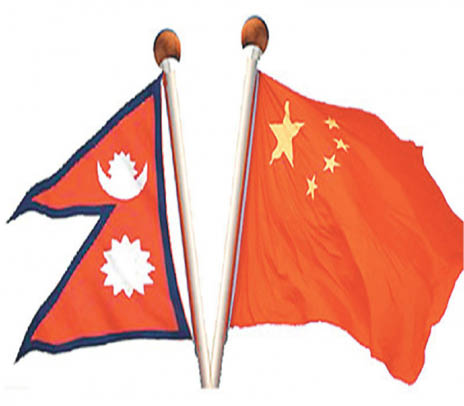 The third phase of China’s grand plan to “colonize Nepal” is at play in Kathmandu with “anti-Indianism” as its core theme. Many argue that the ruling elites of Kathmandu valley who prop up the anti-India sentiments to showcase that they are Nepali nationalists are in the great game of real-politik becoming a tool into the hands of Beijing who had been trying to compete with New Delhi and is working on a long-term plan to overthrow India as Nepal’s historical, spiritual and economical partner since ages and establish its own domination in the Himalayan kingdom. The Sunday Guardian tried to trace how the Chinese great game is at play in Nepal by talking to two former Deputy Prime Ministers of Nepal, members of the erstwhile royal family of the Himalayan Kingdom, and experts to understand the various stages of this ploy, which ultimately aims to colonize Nepal and establish its domination over the Himalayan Kingdom. Nepal’s former Deputy Prime Minister and senior leader Rajendra Mahato told The Sunday Guardian: “A section of Nepal’s power elites are playing into the foreign hands who want to disturb Nepal’s special relationship with India. People like us who speak the truth that India-Nepal relationship cannot be replaced by any partnership had been branded as anti-Nepal and as Indian by them as they are hand in glove with the foreign powers which are trying to exert its own influence.” Another former deputy Prime Minister Upendra Yadav told the same thing to The Sunday Guardian from Kathmandu.
Experts and think tanks have pointed out that the Chinese great game against India and aim to colonize Nepal in the long-run had started much before anyone realized it. It is now in its third stage now. Anant Kumar Mohanty, a senior fellow of International Security and South Asian studies in a New Delhi-based think tank, said: “As we know, China works very steadily and silently. The start of Maoist insurgency was a first step in that direction. The Maoist activities started on their own, but it had a major hidden Chinese hand. The Nepalese Maoists propaganda since the 1970s used to target India and propagate that unless the Maoists of the South Asian region work jointly to counter India, final victory would not be possible. Nepalese Maoists used to say, “Maoism, in order to succeed and thrive in the region, needs to defeat India”. They maintained a close relationship with the Indian Maoists at that time. The Nepalese Maoists never criticized the Chinese government in the early years; instead they used to receive support from them and called them an ideal place at times. Only in the later years when the Chinese stopped supporting them did they criticize China, though not in such terms as they criticize India. A paper published in 1980s by then Nepali Maoists leadership reads, “The Indian ruling class has been abetting the imperialist master-plan to encircle China and make it capitulate completely by taking India in its grip.” Their statements used to call India a true successor of British imperialism.