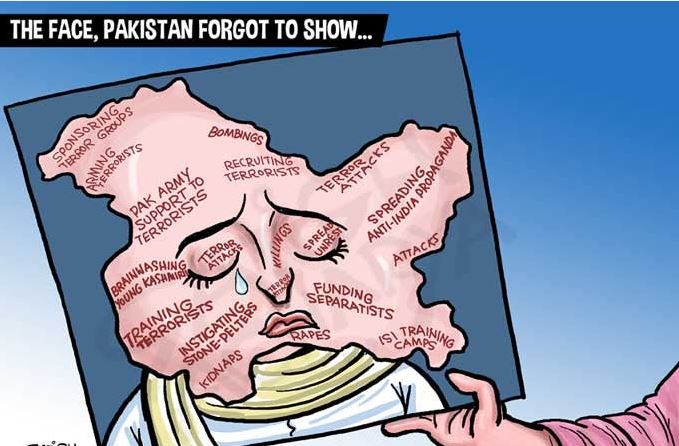 It was expected but it manifested earlier than anticipated. Pakistan’s efforts to revive its gamble in Jammu and Kashmir, after the relative neutralisation of its efforts over the last two years, were contingent upon how its mission in its western region succeeded. The full withdrawal of the US from Afghanistan, the takeover by Taliban 2.0 and restoration of Pakistan as the key state in control of the situation there gave it the leeway and flexibility to experiment on ways of returning to relevance in J&K where the August 5, 2019 decisions of the Indian government have largely marginalised Pakistan’s traction.

In J&K, everything remains seasonal. Delay beyond October 2021 would have meant that the efforts at revival of radical ideology, terror and separatism, the three core elements to remain relevant, would have been pushed to the next summer. Big terror acts are risky due to the current Indian government’s propensity to respond in trans-LoC mode. Even Fidayeen-type suicide actions take time to plan and activate resources. Consequently, the choice was restricted to low-risk, high-dividend actions against the softest possible targets, which are either minorities or soldiers and policemen on leave. We witnessed targeting of the latter in 2017-18 when among others Lt Umar Fayaz and Rifleman Aurangzeb were kidnapped and killed. Through the years, after the Kashmiri Pandit holocaust in January 1990, we have also witnessed targeted killings of minorities. This time non-Kashmiris of all faiths are experiencing the threat, with migrant labour making an exit in droves.

Enough has been said about the reasons for these killings but not enough on how we can counter this newest phase in Pakistan’s strategy. There is an internal and an external dimension to the counter-campaign. Internally, the security as well as social and political domains must be activated. Sharpening of intelligence, pick up and interrogation of over ground workers (OGWs) besides full view and high energy domination operations by all forces.

The modus operandi of the terrorists is going to make the task of security organizations extremely difficult. The use of pistols by a single terrorist or a pair of them and their ability to merge with the public is smart thinking on the part of their sponsors. Intelligence in this case needs much more leg work. Migrant labourers in large numbers have reportedly left the Valley but those yet present may have to be housed collectively in selected camps after a certain time of the day/evening under escort, thus curtailing freedom and causing more discomfort— essentially a defensive step. This is possible for short periods if the threats do not run the full course. Usually such trends last a year or so in Kashmir but revisit again when such options give dividends, as they are currently giving.

The political and social domains are equally important as they provide indirect security; after all, this proxy conflict is hybrid in nature. We have seen a display of disgust by some select members of the majority community who form part of the civil society. There has been insufficient condemnation although voices like those of Junaid Mattoo, the Mayor of Srinagar, and Sajjad Lone have been loud and clear against the atrocities.

Kashmir’s Muslim majority must clearly project its inclusive and non-obscurantist belief. It must rise against radical thinking and stop its children from supporting anti-national ideologies. There should be voices from the rest of India which must be reassuring for Kashmiris; the many nationalist young Kashmiris who are risking themselves must, in turn, get local support.

Clearly, a societal movement to marginalise those who act against innocent minorities and migrant labour is needed but there is no leadership for the same. Politics is currently not active in Kashmir and the old-world political leadership appears out of sync, making impassioned appeals for talks with Pakistan.

It’s a challenge for young leaders, not yet infused with political-savvy, to make a difference—and there are many of them. It’s also for the establishment to help create such a network which can counter the networks of the OGWs. Unfortunately, too many people sit on the fence in Kashmir and therefore urging them to move positively is contingent upon how long the support can be sustained. This influence campaign cannot be carried out from Delhi. It needs people in Kashmir to lead and ownership must be taken by the Kashmiri Muslim community to defeat the obscurantist elements. Without leadership, it may remain just an expectation.

The international domain with comparative narratives is where Pakistan appeared to be scoring over us for many years. However, in the wake of August 5, 2019 decisions, India’s narratives achieved fair traction especially in important nations of the Islamic world, such as Saudi Arabia and the UAE. The western governments have been non-interfering and are more concerned about freedoms and rights of the people. The international media with influence in important capitals of the world has not been very helpful.

There is a very simple narrative which we have repeatedly put forward. It is about India being subjected to terror through ‘the war of a thousand cuts’ primarily to avenge the loss of Pakistan’s eastern segment (now Bangladesh) and the use of obscurantist Islamic ideology by Pakistan against the secular idea of a diverse and inclusive J&K, to align the people of J&K with Pakistan.

There are two reasons why the world has insufficiently understood Pakistan’s designs. First is the geostrategic location that Pakistan occupies, which makes it a useful player to invest in. Second is the investment Pakistan has made in public relations and influence operations. With its enhanced importance after the US withdrawal from Afghanistan, it is likely to exploit this position to seek comparative advantage in reference to its differences with India. India has to, therefore, adopt a multilateral approach to isolate Pakistan and label it the core centre of global terrorism. We have to draw out policies to influence the big and middle powers. India is partially hamstrung by China’s emerging deep-set involvement beyond its usual stance of J&K being a bilateral issue between India and Pakistan.

Over the last few years, terror financing has emerged as one of the prime sources of sponsorship of trans-national terrorism. The Financial Action Task Force (FATF) under the aegis of the United Nations has played a watchdog role and Pakistan has often been docked into the grey list (where it is even today). The FATF’s clean certification ensures that a nation’s various considerations for financial assistance from international monetary institutions are viewed positively. This is where the US and many other western countries can play a role to modify Pakistan’s behaviour. However, China remains consistently in support of Pakistan. This is a diplomatic game India may need to play even more proactively than in the past.

Then, there is one issue on which clarity is needed and reconsideration almost mandatory. Our stance through the Simla Agreement is that J&K is a bilateral issue. Pakistan pays little heed to this and we follow it implicitly, thus getting hamstrung about building influence in third countries. It’s about time we revised our policy on this. We do not wish third party intervention but retain our right to build influence internationally and project our stance.

The US has to be confronted squarely on the issue of soft pedaling Pakistan’s sponsorship of terror. Geostrategic needs influence the US in favour of tolerating Pakistan’s strategic shenanigans. India’s usefulness to the US as a strategic partner must clearly be demonstrated by the US actions.

The recent upsurge of terror activity in J&K is mired in very complex issues. The counter-strategy demands breaking down these issues into several doables with clear ownership of each; the commencement must be with the Army’s joint strategy with the J&K Police and the NIA to infuse confidence in the target communities and create conditions to severely limit the space for terror groups in J&K. The negative results in operations south of the Pir Panjal must not hamper our strategy. These operations to neutralise terrorists in such treacherous terrain need patience and employment of technology, with no rush for results. Questions are also being raised on ceasefire at the LoC. It is my opinion that abrogation of the ceasefire offers no clear advantage to us but perceptions differ on this.