Tortured with rods and separated from our children: no one should have to experience what we Uighur women have 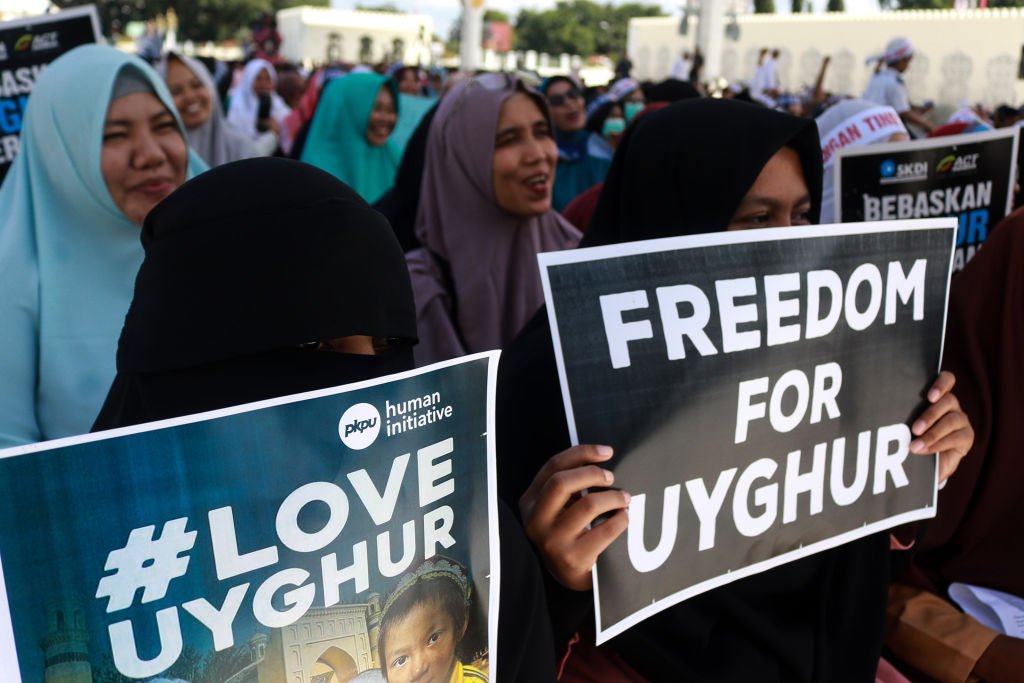 Researchers estimate that one million Uighur Muslims have been detained and put into detention camps in Xinjiang, China since 2017.

Tensions arose because Chinese officials believe the Uighurs hold extremist and separatist views that are a threat to China’s territory, government, and population. As a result the Uighur community – 11 million live in Xinjiang – have faced barbaric oppression from the Chinese government, which has been condemned by the US and UK as genocide.

Uighur women have been targeted by policies designed to stop minorities from having children, and have reportedly been abused, tortured, harassed, systematically raped in the camps and restricted from practicing their faith. In addition, many have been subjected to forced sterilisation and separated from their loved ones. China rejects these claims.

Many have been too scared to speak out, but now as they feel they can no longer suffer in silence. i has spoken to three Uighur women who fled China about the discrimination they faced, andtheir desperation to reunite with their families.

‘I was nine months pregnant when I fled China’

Atike Kadier, 36, is a Uighur stay-at-home mother who lives in the UK.

I was born and grew up in East Turkestan in a city in China called Aksu. I was nine months pregnant when I fled with my husband and first child and went to Turkey in 2015.

In 2017, two years after we fled China, I received a call from my mother-in-law telling me and my husband that we must come back, otherwise the Chinese authorities would arrest them and put them into prison because we fled.

At the time I had just given birth to our third daughter and we found it too dangerous to go back. This was the last time we heard from my family and since then I have not been able to get through to any of them.  I have three siblings and elder parents and it’s now been four years since I had any contact with them. I don’t know if they are dead or alive.

It is very clear what is happening in China. If we go back we will be investigated about what we revealed to others and most likely put in concentration camps or arrested.

I hope that the UK government can do more, especially after the Uighur Tribunal where a lot of people from my country have given testimonies about their experience. I was fearful to give testimony as I don’t want my family to get hurt, but after this tribunal I felt I should speak up. All I want is to hear my family’s voice and know whether they are still alive.

Sudanisa Abdulhamit, 42, is an Uighur mother of seven who lives in Istanbul, Turkey.

I was born in East Turkestan in China and all my family lived there. After I got married, in 2014, my husband was arrested by the Chinese authorities just because he was an Imam at the mosque. He was later released in 2015 when China let Uighurs travel abroad and apply for passports. At that time, me and my husband decided to make a holy pilgrimage to Saudi Arabia.

I left three of my children in the care of my eldest daughter who was married, so that I could perform the pilgrimage in Saudi Arabia. We took two of our children with us. The plan was to go to Istanbul after the pilgrimage and bring all the children there. We thought it would be safer to live in Turkey where we can practice our religion freely.

I remember desperately trying to ring my children back in China for days but the number wasn’t working and I started to get worried. I later received a letter from my daughter which had been passed through from my brother-in-law. She told me that her husband has been sent to prison for 15 years along with 20 Muslim students just because they were praying.

My daughter told me never to come back to China and that it wasn’t safe as we would be arrested. She also mentioned how one of my little sons had ran out of the house and was wandering the streets looking for me and crying uncontrollably, asking for me. Knowing my child was crying looking for me on the streets broke my heart.

My husband tried to get our children back and bring them to Turkey but he went via Saudi Arabia and was arrested after being there for three days and sent back to China. I have not heard from him since, nor have I heard from my children.

I am going crazy thinking about them and what could have happened to them. If it wasn’t for my faith I would have taken my life by now. I call out their names longing to hear a reply back from them but I don’t know if that day will ever come.

I am now alone with three children to bring up but long to see and hear my other children alive and happy and be a family again. I ask world leaders in UK and around the world to please help us. You have the power to do something – please use that power to help Uighurs.

‘I was tortured with electric rods and abused’

I was born in Urumqi in East Turkestan, China and got married when I was 30. I am from a devout Muslim family and a mother of two children. My husband and I were arrested on suspicion of “extremism” as they said they had monitored us and saw that we had gone to the mosque and were praying. In China, even if we peacefully pray or read our holy book they call it extremism.

I will never forget my four-year-old son’s face when he saw that me and my husband were both getting arrested. He cried and we cried, pleading with the authorities to let us go and that we had not done anything wrong. At the time I was also pregnant with my second child but the authorities did not know.

In the prison I was tortured with electric rods slashed across my arms, while my legs were tied behind my back. The Chinese police hit me numerous times across the face and used their belts to hit me on the back. At that time I couldn’t stop thinking about my son and the safety of my unborn baby. I was abused, spat at and my hijab was ripped off.

No woman should ever have to go through the trauma that we Uighur women have been through. I thought they would do far worse, but a relative managed to bribe them with money to let us go.

We decided to apply for passport to go to Turkey and managed to get a passport for me but not my son. The situation was getting worse so my husband left me in Turkey and went back to get my son who was staying with my parents. My husband was then arrested and my son was taken to an orphanage. I don’t know which orphanage or where my son or husband is or whether they are dead or alive.

I hope the Prime Minister of the UK will listen to us and take action. Prime Minister, I ask you one question: imagine if this was your wife, your child – would you stay silent?