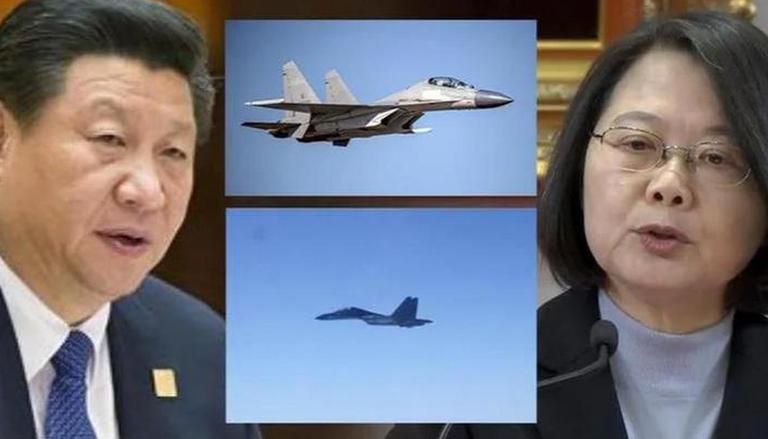 Only in the ongoing month, China has sent a total of 40 military aircraft into Taiwan’s identification zone including 22 fighter jets, 17 spotter planes, and one helicopter. An ADIZ is an area that extends beyond a country’s airspace where air traffic controllers ask incoming aircraft to identify themselves.

Marking the largest incursion since October by China, earlier in January, 39 Chinese aircraft had entered Taiwan’s air defence zone. Taking to Twitter, Taiwan’s defence ministry had informed that the Chinese mission involved 34 fighters plus four electronic warfare aircraft and a single bomber. According to the map that the ministry provided, the Chinese aircraft flew in an area to the northeast of the Pratas. In response, Taiwan sent combat aircraft to warn away the Chinese aircraft, while missile systems were deployed to monitor them.

Questions were raised on China-Taiwan tensions amid Russia’s attack on Ukraine stating the latter might face the same situation in the future. In response to that, Chinese Foreign Ministry spokesperson Wang Wenbin reiterated the ‘One-China principle’. He said that there is only one China, and Taiwan is a part of its territory. He continued by stating that this is a historical and legal reality that cannot be refuted and that the one-China principle is a widely accepted international norm.

He also said that the Chinese people have great resolve, determination, and capability to preserve national sovereignty and territorial integrity, according to ANI. Even after decades of independent rule, China still regards Taiwan as a separatist province. It has threatened to militarily take over the island on numerous occasions. When questioned about China’s position on the Ukraine crisis, Wenbin said it should be settled by communication and diplomacy.