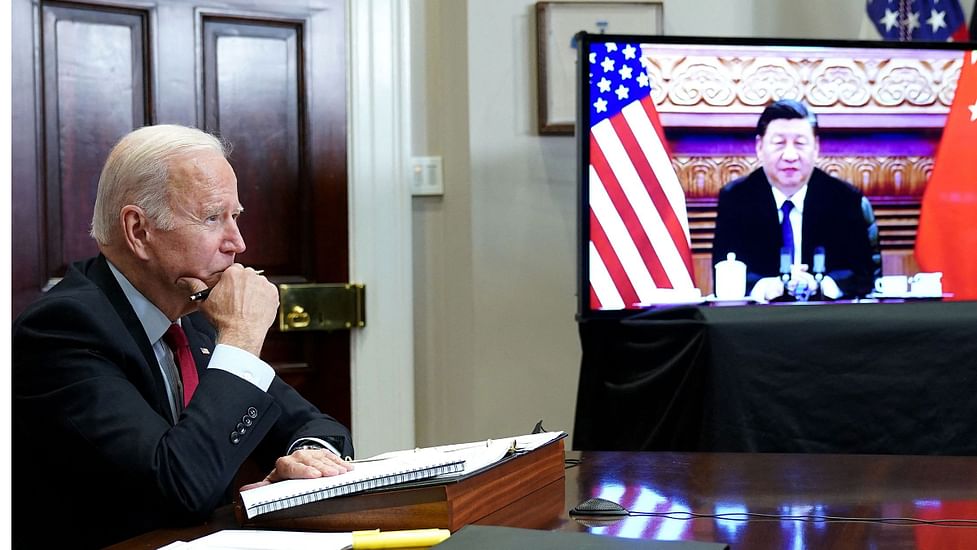 In this week’s Chinascope, we look at the Chinese army’s message to the US over Ladakh tensions, Arunachal Pradesh boy returned by China, the race to retrieve F-35 fighter jet from the ocean, the Chinese ambassador to the US issuing warning over Taiwan, foreign minister asking the US to stop interfering in the Beijing Olympics, and other major stories from China – and the world.

Beijing’s eyes are fixated on the upcoming Winter Olympics, which will begin February 4, but China is busy trying to ensure no country ‘interferes’ in the events.

On Thursday, Chinese foreign minister Wang Yi spoke to US Secretary of State Anthony Blinken. Wang Yi urged the US to “stop interfering” in the upcoming Olympic Winter Games Beijing 2022.

“The top priority right now is that the US should stop interfering with the Beijing Winter Olympics, stop playing cards with fire on the Taiwan issue, and stop creating all kinds of anti-China ‘small circles’,” said Wang Yi.

This trope of ‘interfering’ played on several other fronts too. The People’s Liberation Army (PLA) spokesperson asked the United States not to interfere in India-China border talks. And the US asked Beijing to use its influence with Russia and intervene in Ukraine.

As global media attention has turned towards Ukraine, many have wondered about China’s move.

Besides his remarks about the Olympics and Taiwan, Wang Yi extended support to Russia on the escalation of military tensions at Ukraine’s border. He said that China backs Russia’s “reasonable security concerns” in Beijing’s first official position on Ukraine.

Chinese social media users began paying attention to events in Ukraine. “Russia-Ukraine crisis: threat or bluffing?” was the eighth search trend on Baidu. “Ukraine Russia” is the second top trend on Weibo. The hashtag “walking into the eye of the storm of the conflict between Russia and Ukraine” has been viewed 1.38 million times so far.

Meanwhile, the US has asked China to use its influence with Russia to find a diplomatic solution for the Ukraine crisis.

“We are calling on Beijing to use its influence with Moscow to urge diplomacy because if there is a conflict in Ukraine, it is not going to be good for China either,” US Under Secretary of State for Political Affairs Victoria Nuland said.

This past week, PLA spokesperson Wu Qian asked the US to stay away from the bilateral border negotiations with India. “Both China and India have expressed their opposition to third-party mediation. Some people in the US like to use the word ‘coercion’, but they don’t know that the US is the initiator and master of ‘coercion diplomacy’,” Wu Qian said in a statement on Thursday.

The Ministry of External Affairs indicated on Thursday that India and China had agreed to hold the next round of border talks soon.

In a welcomed development, the PLA handed back Miram Taron, the 17-year-old boy from Jido Village in the Upper Siang district in Arunachal Pradesh.

An F-35 fighter jet – one of the most advanced US jets – went down after taking off from USS Carl Vinson. The US and China are currently locked in a race to find the F-35 fighter jet that sank to the bottom of the ocean. The F-35 costs $100 million and holds secrets to US’s most advanced stealth technology, which could end up in China’s hands if it manages to retrieve the jet.

“F-35 crash into the South China Sea video out” was a leading search trend on Baidu and was viewed over 3.5 million times on Saturday.

Chinese foreign ministry spokesperson Zhao Lijian has said, “China has no interest in their warplane.”

The growing use of artificial intelligence on social media has left China’s internet regulators worried about the misuse of the technology.

Chinascope has in the past told you about a new state-produced documentary on corrupt Chinese officials. The documentary series has now sparked a debate about officials finding novel ways to do corruption.

“Corruption and monopoly have penetrated all walks of life, especially some non-governmental organisations and some enterprises are trying to achieve the goal of monopoly,” a Weibo user said while commenting on the documentary series.

Chinese nationalists have an overwhelming influence on shaping debates about everything from core political issues to popular culture.

Hollywood actor Keanu Reeves has recently come under attack for his decision to appear at an annual benefit concert for Tibet House.